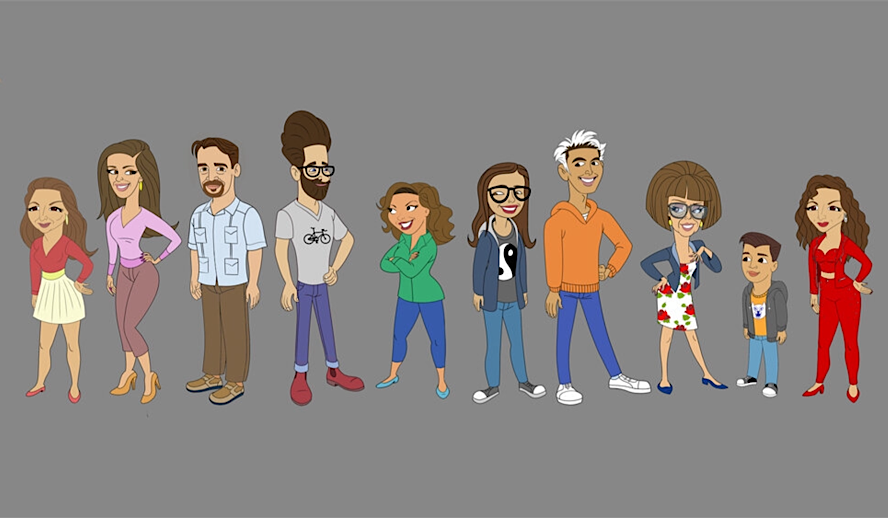 Photo: ‘One Day At A Time’/Smiley Guy Studios

One Day At A Time is airing an animated special in place of the end of its fourth season that was halted by the coronavirus pandemic. The special, called “The Politics Episode,” will focus on Penelope Alvarez’s (Justina Machado) conservative family visiting and her worries that her family will be unable to avoid argumentation, especially due to the impending election.

Gloria Calderón Kellet, the show’s co-showrunner and executive producer, came up with the idea of an animated episode after production was put on hold, resulting in seven of the thirteen previously-planned episodes remaining unfinished. She along with other creators of the show decided to recraft the election-themed episode that was previously written as part of season four. They had always planned for an episode to be centered around the upcoming election, and since it was not a central part of the season’s storyline it became the perfect choice for the animated special.

The script initially included fantasy sequences, as the characters craft strategies to survive their family’s visit, and the creators figured that these dream sequences could instead be easily illustrated through animation. Kellet and Mike Royce, her co-showrunner, took the idea to the show’s producing studio, Sony Pictures TV, and the animated episode was officially born.

“As we all know, it’s hard to keep One Day at a Time off the air,” said Kellet. During this unprecedented time, we wanted to find a way to keep our family – on camera and behind the scenes – together and create more entertaining content for our fans who are self-distancing at home. This animated special gives us an exciting opportunity to imagine the Alvarez family in a colorful new way while continuing to tell important and relevant stories.”

Lockdown turned it into an animation

The former Netflix comedy debuted its fourth season on Pop TV back in March and will air the special on June 16th, following a marathon of its six episodes that were completed before the shutdown. Two of these episodes were shot without the standard studio audience.

Norman Lear, the creator of the original 1975 series and the executive producer on the current reboot inspired by it, commented on the uniqueness of the animated special. “In my 97 years, I’ve never known of a multicam comedy to animate a single episode as a special. Even this I get to experience,” he said.

The episode’s animation will be done by Smiley Guy Studios and will be overseen by its executive producer and co-owner, Jonas Diamond.

Other animated shows during the quarantine

ODAAT’s animated special comes as an interesting yet suitable solution to the problem that many scripted television series are facing. As nearly all live production has been halted completely as a result of the industry-wide shutdown, animation has been one aspect of the entertainment industry that has been largely unaffected by it. Animated shows have continued production with little to no interruption, as shows including The Simpsons, Bob’s Burgers and Duncanville have been continuing to produce episodes remotely, using online programs to communicate and collaborate throughout all aspects of their production. Hollywood Insider’s own animated talk show called The Anytime Show with Mister Hi has also made its debut with weekly episodes.

Many animators and editors were instructed to take their equipment home, or were later shipped the necessary tools to continue production. Table reads are done over Zoom and voiceover work is done from makeshift home recording studios, all in efforts to keep up the steady rhythm that would occur if the industry was operating as it normally would.

“Production hasn’t skipped a day or lost a beat,” said The Simpsons showrunner Al Jean. “We intend to do the 22 shows we were contracted to do…. There’s been no change in how we do things.”

Animation as a genre has additionally been increasing in popularity, resulting in a heightened demand and definite desirability of which streaming platforms are taking note, especially in terms of acquisitions. With the interest in the genre-expanding even further as a product of the shutdown, there is a strong potential for other live shows to follow suit and come up with animated alternatives similar to the one that One Day at a Time has successfully created.

One Day At A Time’s animated special airs June 16th on Pop TV.