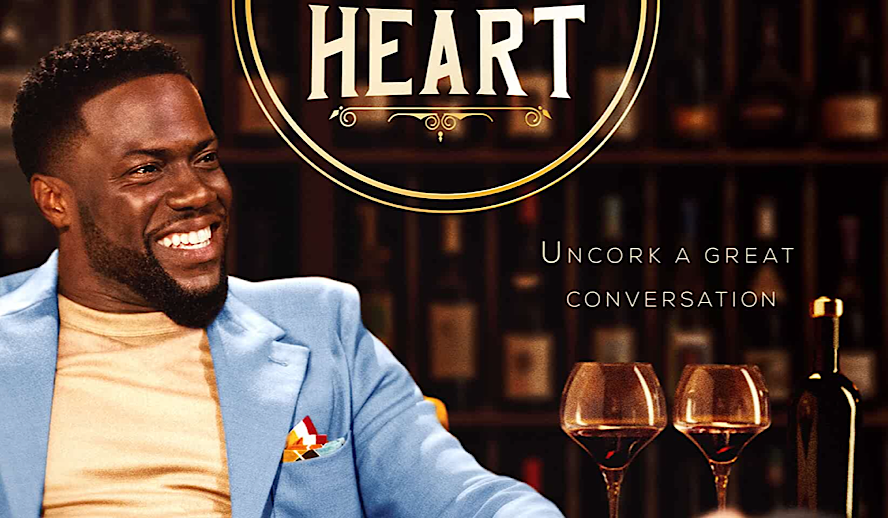 Hart’s Latest Endeavor in Front of the Camera

As if Kevin Hart (‘Ride Along’, ‘Fatherhood’) doesn’t already have enough on his plate: acting, stand up comedy, and most recently Olympic commentator for NBC’s Streaming Service, Peacock, he just added a new talent on his plate: talk show host. In what has been described as an unplanned, unscripted, and unfiltered talk show, Hart sits down with celebrity guests in his wine cellar while cracking open these individual’s career’s, how they’ve overcome major stumbling blocks, and their journey to success on his newest series ‘Hart to Heart’ exclusively for Peacock. The streaming service summarizes the show with, “A-list entertainers, athletes, and public figures reveal their honest, unfiltered and unexpected true selves over a glass of wine with Kevin Hart; no topic is off-limits as guests open up about careers, family, loss, and love.”

His first three guests are award-winning singer and actress Miley Cyrus, Marvel’s fan-favorite Don Cheadle, and the original ‘American Idol’ winner. Miley Cyrus spoke of her career emergence and how she overcame the stress of stardom at a young age. Hart sits down with longtime friend and fellow actor Don Cheadle to discuss his aspirations to become a jazz musician and how the entertainment industry has shifted since he first started acting. Kelly Clarkson discusses in a candid conversation balancing a performer’s persona on-stage in comparison to off-stage and knowing how to professionally handle her career as a young woman. The rest of his guests are unknown at this moment and are announced on a weekly basis.

The name Kevin Hart is a staple in Hollywood’s comedy culture. His reputation as a comedian continuously grows as he delivers hilarious performances in some of comedy’s most memorable films. He’s worked alongside some of Hollywood’s elite such as Will Ferrell (‘Elf’), Jack Black (‘School of Rock’), Dwayne Johnson ‘Jungle Cruise’, Kevin Jeong (‘Crazy Rich Asians’), and Ice Cube (‘Are We There Yet’). Not only can Hart prove his talent in front of the camera, but also behind it. Hart has served as writer and executive producer on many of his own projects as well as attaching his name to projects he isn’t even acting in, so adding talk show host to his repertoire only sounded like the perfect move.

He spoke in an interview for Rolling Out on his new endeavor, “There’s something powerful that happens when two people sit down together for a conversation, and ‘Hart to Heart’ is about capturing that magic. I couldn’t be more excited to see the next chapter of Laugh Out Loud’s partnership with Peacock come to life with this show, and for audiences to get to see my guests in a way that they’ve never seen them before; it’s real, authentic dialogue over a glass of wine.”

‘Hart to Heart’: Breaking Down the First Episode

Lucky for me, the very first episode of Hart’s latest talk show features his first celebrity guest, the Grammy-nominated singer-songwriter, and actress, none other than Miley Cyrus (‘Hannah Montana’, ‘Black Mirror’). Within the first few minutes, Hart gets down to business by explaining to Cyrus exactly what she’s in for. “I like the fact that I’m taking a big risk and doing what really hasn’t been done. Right? Talk shows normally we go on, we know what’s going to happen. We know the questions they’re going to ask you, we know the world of conversation. We know what it’s going to be. I’m taking a risk!”

Hart exclaims, “I don’t want to talk before. I want to get to meet people and get to know people. That’s what this is. This is us having a conversation for the first time.” My favorite element about this talk show is there is no audience, no fake laughter, no live band to fill the awkward silences, and no beating around the bush. The entire interview is focused on one guest and one guest only, and they aren’t always on to promote a project, or new album, but just to simply talk about their journey to where they are now. It’s a fresh take on what is usually a very regimented process. Hart does a fantastic job humanizing some of the most famous people of our time by starting these conversations from the very beginning and how his guest’s career has come full circle.

He gets down to business by congratulating Miley on her success. Her origin story of stardom all started with Disney Channel (quite frankly where I fell in love with her) when she booked the famous role of Hannah Montana at the age of 12. She explained that some of her friends on her cheer team in Nashville were flying to California to audition for the show. Cyrus begged her mom to audition with them and instead of flying, Miley, her mom, and grandmother piled into a car and drove across the country to California for the audition. Miley was the only one out of her friends to get called back, and while the entire audition process from start to finish took nearly 2 years, she finally landed the job that would change her entire life.

Brand new episodes of ‘Hart to Heart’ drop in batches every Thursday. The guests of each episode are unknown until the week prior to their release. Hart serves as the perfect host and is not afraid to ask any question. He interjects here and there on topics or stories he relates to, while sharing his own anecdotes from his own successful career. Hart’s inquisitiveness and expert talent in talking to a wide range of individuals are what makes this series more than just your everyday talk show. I highly stress that this show is a must-see.

You can catch Kevin Hart in the upcoming film ‘The Man from Toronto’ where he stars alongside Kaley Cuoco and Ellen Barkin in a film where the deadliest assassin and a screw-up get mixed up for one another in an Airbnb. He can also be seen in the upcoming TV mini-series currently in post-production ‘True Story’.