SNL 10-to-1 Sketches: A Showcase for the Weird and Zany | Saturday Night Live 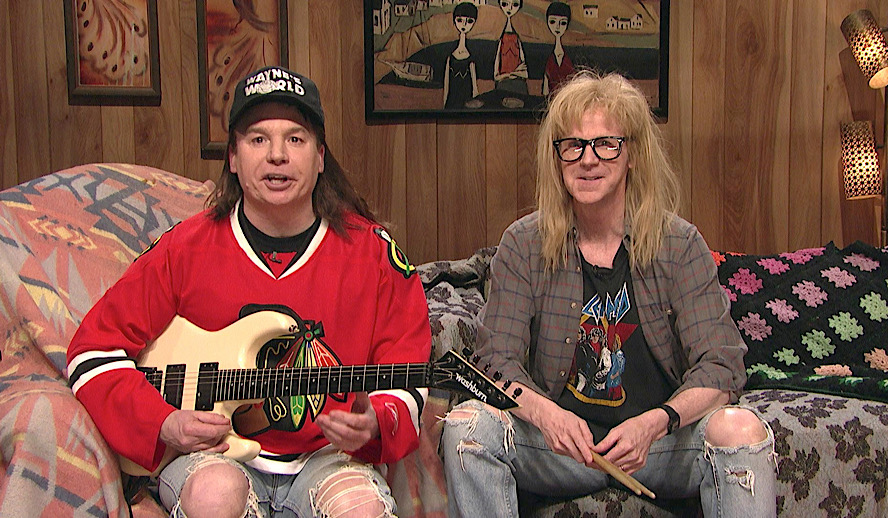 When it comes to the world of sketch comedy, no show has ever had the respect, reach, and influence of ‘Saturday Night Live’. Premiering in 1975 on NBC, the show has been a staple of the network and of late-night television as a whole. Even during the summer when the show is on extended hiatus, I still have to remind myself not to look up if there’s going to be a new episode this week. ‘Saturday Night Live’, often abbreviated to just ‘SNL’, carries prominence in the pantheon of pop-culture media, with many sketches often going viral before “going viral” was even a thing, and many events from the previous night’s showing making the news the next morning.

Honestly, there are way too many sketches and characters to talk about when analyzing the show. To get into the long and crazy history ‘SNL’ has would certainly be a large undertaking. Instead, there’s one aspect that has always been intriguing: the final sketch of the night. These sketches, called “10-to-1” sketches due to them usually airing about 10 minutes before the end of the show at 1 am EST, are always different from whatever is present in the rest of the show.

They’re ones that were good enough to make the taping that week, but considered to be weaker than the rest and pushed off to the end, when fewer people might be watching. 10-to-1 sketches often have weird or unusual premises, or they start out okay and end up going in a completely different direction. Either way, I’ve always loved these kinds of sketches for trying to change things up and go against the grain. I think it’s worth highlighting the absurdity of these sketches and how much appreciation they deserve.

Now, there is no real pattern or similarities for what goes on in ‘SNL’’s 10-to-1 slot. Sometimes, the show uses that time slot to air a recurring bit from previous episodes, like the “Porn Stars” sketches with Vanessa Bayer and Cecily Strong. Other times, there might not even be a bit to end the show due to time constraints, and the musical guest of the week will finish the show with a performance. But when there is a sketch to close the show, one thing is always for certain: It’s gonna be weird. Take the recurring skit “Tales of Bill Brasky”, where four drunk men are at a bar telling stories about a mutual friend by the name of Bill Brasky.

All of these stories are bizarre and make no sense, like how Bill Brasky allegedly jumped off of the Empire State Building and only sprained an ankle, or how he did surgery on John Goodman’s character and put a trumpet inside of him. The four men tell multiple unbelievable stories about this man and also reveal things about themselves, like how one of them steals jewelry from the other’s houses or how another is an alcoholic. Nobody ever reacts to these revelations and only cares about Bill Brasky, and it makes for great comedy.

For those who love the vintage ‘SNL’ episodes from the 1970s, one of the great original 10-to-1 sketches comes from Season 5 with host Steve Martin. Appropriately titled “What the Hell is That?”, the entire 2-minute skit involves Steve Martin and Bill Murray doing funny voices and pointing at an object offscreen, yelling “What the hell is that?”. It’s stupid but in the best way, as we never get to see what they’re pointing at, but watching Steve Martin turn from being intrigued to angry at this object for existing is really funny. He even gets a picture with it.

The People Behind the Weirdness

But, behind these unusual sketches lies unusual people. After all, someone has to write this comedy. ‘Saturday Night Live’ has had dozens of writers and cast members (or some who do both) throughout its run and many are responsible for the craziness you see that caps off most episodes. One prominent example that every fan of the show knows is the insanely popular “Wayne’s World” of the 1980s, starring Mike Myers and Dana Carvey. While it eventually exploded in popularity, this campy sketch first started out as a bookend to the show, where many might not see the low-rent weirdness that it gives. Another cast member who is known for his willingness to go all-in is the ever-popular Will Ferrell, who would star in a multitude of weird sketches such as the fill-in for the Hulk Hogan talk show or alongside Jim Carrey in “Jimmy Tango’s Fat Busters”.

The more recent performers who have truly gone to new levels of weird and zany, however, are Will Forte and Kyle Mooney. Forte was known for writing and acting in weird sketches that were usually pushed to the 10-to-1 slot. With sketches like “Potato Chip”, where he gets neurotic and angry over a missing potato chip, Forte plays a big part in a lot of the weirdness that felt at home on ‘SNL’ in the 2000s.

As someone who’s mainly watched the show in the 2010s, Kyle Mooney and his type of humor have always felt at home at the end. His humor revolves around deadpan delivery and low-budget quality that always feels out of place for the 21st Century in the best way. He often works with Beck Bennett to create skits that feel odd, like with “Beers” or the “Inside SoCal” sketches. Together, they bring something new to the show that never fails to make me laugh.

These 10-to-1 sketches are some of the best parts of ‘Saturday Night Live’. To me, they’re part of a tradition, similar to the show’s opening monologue or the ‘Weekend Update’ segments. It adds to the quality of the show and allows new ideas and weird premises to be acted out, making the show all the better for it. Watching Kyle Mooney do his awkward act on camera is funny in a way it shouldn’t be. The way Will Forte crafts his skits about odd people in normal situations always works. Many sketches in the 10-to-1 timeslot are some of the most memorable, and ones that audiences remember years down the road. They’re some of the best parts of the show, and something that deserves recognition for its groundbreaking absurdity.