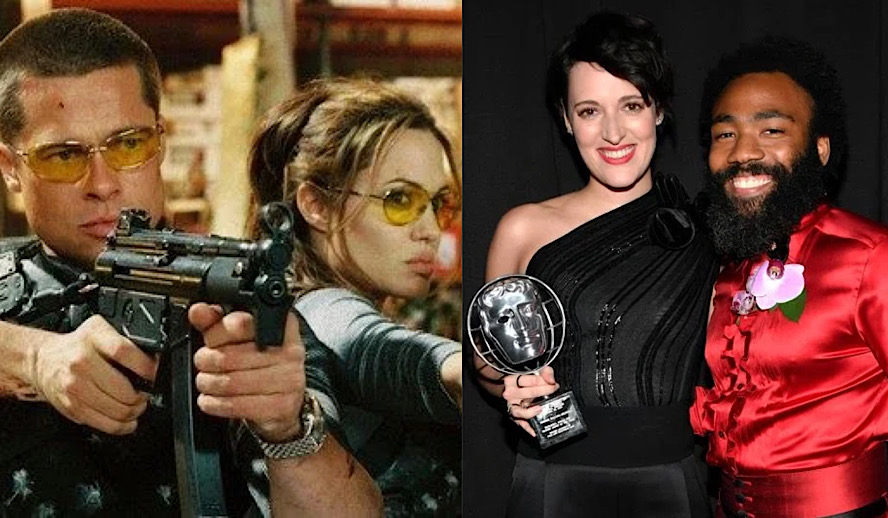 Donald Glover and Phoebe Waller-Bridge are teaming up to create and star in a new Amazon series based on the 2005 film “Mr. & Mrs. Smith”.

The two Emmy winners each announced on their Instagram stories that they have been working on the new project, which has reportedly been in the works for several months as part of Waller-Bridge’s overall deal with Amazon that she signed after she and “Fleabag” dominated awards season in 2019.

Head of Amazon Studios Jennifer Salke also shared an announcement about the series, which will be coming to Amazon Prime Video in 2022.

“Talk about the dream team! Donald and Phoebe are two of the most talented creators and performers in the world. It’s truly a dream for us, as it will be for our global audience, to have these two forces of nature collaborating as a powerhouse creative team,” Salke said in a statement. ‘Mr. and Mrs. Smith’ is an iconic property, and we can’t wait to see how Donald, Phoebe, and Francesca make it their own. We’re thrilled to be working with them, and with such great partners at New Regency.”

Salke additionally shared the news through an Instagram post that featured a video of the two creators and soon-to-be co-stars.

Writer and producer Francesca Sloane will serve as showrunner and is also a co-creator of the series. Sloane is a supervising producer on the third and fourth seasons of Glover’s FX show “Atlanta,” and also signed her own overall deal with Amazon Studios back in September, where she will “create content to premiere exclusively on Amazon Prime Video in more than 240 countries and territories worldwide.”

Yariv Milchan and Michael Schaefer of New Regency, who has also previously collaborated with Glover, will executive produce along with Jenny Robins of Waller-Bridge’s new production company Wells Street Films.

“Having had the pleasure of successful collaborations with the incredibly talented Donald Glover, most recently on ‘Guava Island,’ we all started talking about other projects to do together, and when he suggested the idea of a new take and iteration on the New Regency film, ‘Mr. & Mrs. Smith,’ we jumped at the chance to get going right away,” said Milchan and Schaefer. “Adding Phoebe and her company Wells Street Films as a collaborator and co-star takes everything up another level and makes the project worthy of a reimagining for both new audiences and past fans of the original film. We are so excited to be working with Donald, Phoebe, Francesca, and the entire team at Amazon Studios.”

The original feature film “Mr. & Mrs. Smith” was released in 2005 and stars Brad Pitt and Angelina Jolie as a suburban couple stuck in a fizzling marriage, who unbeknownst to one another are both assassins for adversarial agencies. After discovering each other’s true identities when they are assigned to take out the same target, tension increases once the two later find out that they have been assigned to kill each other. The film was a large success, grossing $487 million worldwide – which at the time, was the highest-grossing film for both Pitt and Jolie, later being surpassed by “World War Z” for the former and “Maleficent” for the latter – and now maintains its status as a well-known action flick. New Regency produced the film and is now attached to produce the upcoming TV series, which is always a good sign in terms of reboots.

Glover and Waller-Bridge are no strangers to working with each other either, as they starred as Lando Calrissian and his droid L3-37 in the 2018 “Star Wars” spin-off “Solo: A Star Wars Story.” Though Waller-Bridge’s character was limited to a voice role, the two were praised for their chemistry and comedic relief as they shared a cockpit in the film. Since then, the two have been outwardly supportive of each other’s work, with Glover expressing his admiration for Waller-Bridge during the British Academy Britannia Awards, where he presented her with the British Artist of the Year award.

Before that, however, the two have been incredibly successful by themselves, both frequently writing and starring in their own work. Glover got his start at age 23, when he was hired by Tina Fey to write for “30 Rock,” in which he also occasionally starred, and later gained mass recognition from starring as Troy Barnes in NBC’s “Community” from 2009 to 2014. In 2016, Glover created the FX series “Atlanta,” where he portrays college dropout and music manager Earnest “Earn” Marks alongside rapper Paper Boi, played by Brian Tyree Henry, as the two navigate the Atlanta rap scene.

His work on “Atlanta,” where he also occasionally directs, has earned him various accolades including two Golden Globe Awards: Best Television Series – Musical or Comedy and Best Actor – Television Series Musical or Comedy, and two Primetime Emmy Awards for Outstanding Lead Actor in a Comedy Series and Outstanding Directing for a Comedy Series, which made him the first black person to win an Emmy for the directing category. A multi-talented man, Glover has also had a successful music career, having released four studio albums under the name Childish Gambino. His hit song “This is America” debuted at number-one on the Hot 100 in 2018 and won four Grammy Awards at the 2019 ceremony, and in 2017 was named on the Time 100 list of the most influential people in the world.

Waller-Bridge is, of course, best known for the black comedy series “Fleabag” on Prime Video, of which she is the creator, head writer, and star – who in the show frequently breaks the fourth wall to share her internal monologues or provide running commentary as she navigates the loss of her best friend while running a guinea pig-themed cafe. For her work on the show, she received three Primetime Emmys for Outstanding Lead Actress in a Comedy Series, Outstanding Writing for a Comedy Series, and Outstanding Comedy Series, two Golden Globes for Best Actress in a Television Series Musical or Comedy and Best Television Series – Musical or Comedy, and the British Academy Television Award for Best Female Comedy Performance.

She was also the showrunner, head writer, and executive producer of the hit series “Killing Eve,” which she adapted for television based on the novels by Luke Jennings, and additionally was a writer on the James Bond film “No Time to Die.” Both “Fleabag” and “Killing Eve” were named by The Guardian among the 100 greatest TV series of the 21st century, ranked #8 and #30 respectively, and she was named one of Time’s 100 most influential people in the world in 2020.

Both have had relationships with Amazon Studios, as Glover’s “Guava Island,” a musical film, is also an Amazon Original, so it’s no surprise that they have both been tapped again to create another project for Amazon in the form of the new “Mr. & Mrs. Smith” series. Their combined success makes for a killer duo that is sure to result in a thrilling comedic take on the original film that will be gracing our screens in 2022.