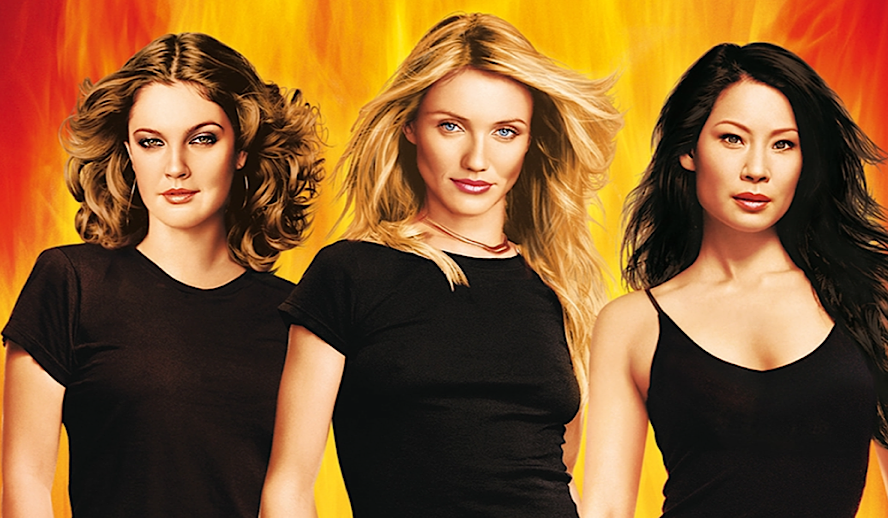 Bringing Back The Oldies

Yes, you read that right. The angels are back! Unfortunately, this will not be an announcement for another installment, but it is still exciting news for people who enjoy the films. Just a couple of days ago, Netflix has taken on the comedic, action, and adventure classic, ‘Charlie’s Angels’. And no, I am not talking about the 2019 remake, I’m talking about the real deal…Also by the real deal, I do not mean the original series of the 80s’. I mean the 2000 version that we all know and love. It’s so great to see familiar and funny faces such as Cameron Diaz, Lucy Liu, Drew Barrymore, Bill Murray, and the late and great, Bernie Mac, now that they are back to grace our screens.

I mentioned before that Netflix has been on a roll with taking back the 90s and early 2000s’. It’s a very refreshing change from the typical new releases that many streaming services try so hard to snag on their platforms. I find myself more and more excited with each announcement that Netflix makes regarding all of the classics that are to be streamed on their service. This one definitely takes the cake for me.

On And Off, Again

For those of you that may not be familiar with the iconic film and dynamic trio, ‘Charlie’s Angels’ follows the story of three women who are private investigators, working for the millionaire, Charlie Townsend. The girls are meant to be extremely intelligent, agile, skillful, and beautiful. They’re badass, and they kick ass. Was the choice of making the women conventionally desirable a grab for the attention of male audience members? It definitely could have been.

One thing is for sure, the film became a staple for both male and female audience members alike. The film was so successful, going on to smash the box office making approximately two hundred and sixty-four, point eleven million dollars. If you haven’t seen this film yet, I have to say that you are seriously missing out. I feel that I make my immense excitement for the return of the film on Netflix abundantly clear. However, this does not mean it is the first time the streaming service has taken on this action-comedy.

As a matter of fact, Netflix and ‘Charlie’s Angels’ have an extensive breakup and makeup history with one another, that I did not previously know about. According to sources, ‘Charlie’s Angels’ has been four times on and three times removed from Netflix since the beginning of 2016. It seemed like one of those toxic relationships where they keep getting back together, and you’re just terribly confused and expecting them to fight and break up again, and maybe this time they will be done for sure, but you try not to be too judgy because know they are just crazy in love with one another. Yeah…very much that. Anyway, I’m getting ahead of myself. It is still a wonder as to why the Netflix team had decided to keep on with this pattern, instead of just keeping it streamable throughout all of these years. I can only assume it had something to do with obtaining the rights to the film, but it’s not safe to assume since the actual reasoning for this has yet to be addressed publicly.

Regardless of the reasoning, the important thing is that it’s back, and hopefully will be here to stay for a while. Once you are finished watching the 2000 Joseph McGinty Nichol, professionally known as, McG, directed version of the film, you can then go on to watch the 2003 sequel which was again directed by McG, ‘Charlie’s Angels: Full Throttle’, which is also available on Netflix. I would say go all for it and watch the newest installment of the beloved series as well. Unfortunately, the 2019 reboot is not available on the popular streaming service. However, you can still access and watch the reboot on ‘Hulu’ with a subscription.

With the previous announcements of ‘Charlie’s Angels’ being available to stream, came a whole lot of media buzz and attention from various blogs. I’m sure this time it will receive the same kind of excitement from the fans. Or, on the flip side, people may become so bored with the flip-flopping that has been going on, that they stop caring about a ‘Charlie’s Angels’ announcement, which is unfortunate, but it is the price that you pay when you gamble in that way.

‘Charlie’s Angels’ – The Importance of Putting Women In Power Roles

I cannot express enough how important this film is for the developing minds of little girls. Without a doubt, ‘Charlie’s Angels’, has always been an inspiring film about female empowerment. I know that I am not alone when I say, as a child, I was extremely captivated by the powerful yet still feminine depictions of these women. The film taught me that being a woman could be a balance. I could wear makeup and heels, and adore fashion while still being an absolute powerhouse of strength, skill, and agility. It’s needless to say how important this film was for the development of young ladies and girls everywhere.

It gave me so much confidence as a young girl. I am almost positive it could have the same effect on young girls of today, now that it is more easily accessible to the new generation through streaming. It has been a very long time since I have been able to watch this film, due to the fact that VHS tapes and DVD players are no longer a thing in this day and age. I feel like I am even more complete now that this film, which was such a pivotal part of my development, is now always accessible to me through Netflix. I am so grateful that Netflix has decided to bring back ‘Charlie’s Angels’, along with so many other classics that are nearly impossible to find anywhere else. I now feel inspired to have a movie night dedicated to all of the classic movies my generation has grown up with. It will be a great bonding experience, and I have Netflix to thank for that.

Hinting: Cameron Diaz is currently retired from acting, and is focused on the launch of her clean wine brand, ‘Avaline’. Lucy Liu has become a prominent activist against the recent surge in anti-Asian attacks, amidst the pandemic. Drew Barrymore has also taken a break from acting, as she plans to focus on her children for now. The trio remains good friends off-screen.