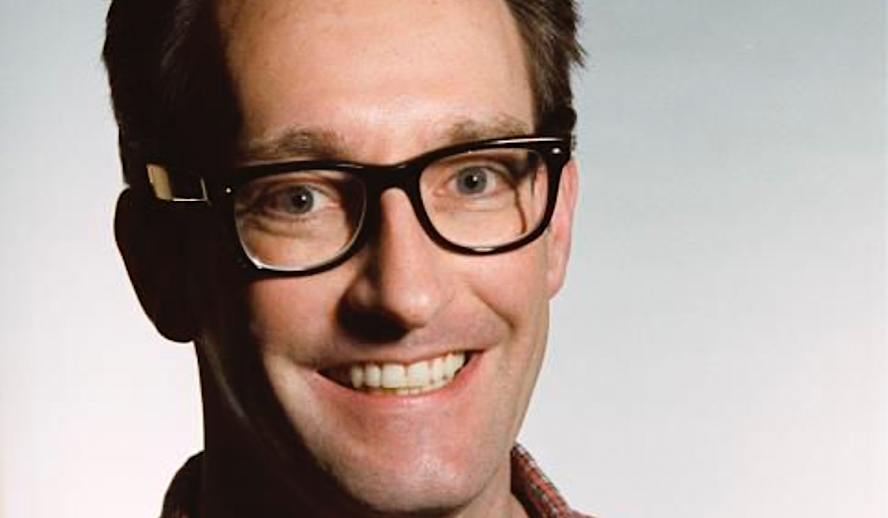 Who is Tom Kenny?

To some, the name Tom Kenny might not ring a bell off the bat. While Kenny may be one of the busiest working actors, it’s his talented voice range that supplies him with most of his credits. He has lent his talents in many popular animated television shows and films such as ‘Adventure Time’, ‘The Powerpuff Girls’, ‘Teenage Mutant Ninja Turtles’, and most notably, ‘Spongebob Squarepants’ where he voices the famous yellow sponge we’ve all grown to love.

Growing up in New York, the once timid teenager broke out of his quiet shell by testing the waters in stand-up comedy. After finishing school, he toured all around the United States performing his comedy routine before finally settling in Los Angeles to further his creative endeavors. For those wondering how Kenny entered into voice work, you’d be delighted to know that it all transpired after one of his stand-up shows in Los Angeles. After his bit, he was scouted by a representative from Cartoon Network, Joe Murray (‘Rocko’s Modern Life’, ‘Camp Lazlo!’)  who was sitting in the audience.

Then Murray further asked Kenny if he had ever considered doing voice work for animations, after having been majorly impressed by the character work Kenny presented on-stage. Murray invited Kenny to a large open casting-call in Los Angeles where he subsequently booked the role of Heffer in ‘Rocko’s Modern Life’, a steer raised by wolves who is the best friend to Rocko. This was his first regular role on an animated series and subsequently where he was introduced to the show’s creative director Stephen Hillenburg, who later went on to create Spongebob.

It is common in animated series that one actor will voice multiple characters and when Hillenburg was in the casting stages for ‘Spongebob Squarepants’ he knew he wanted Tom Kenny to voice the lead even when the network persisted on reading other talents. Kenny had supposedly used his “Spongebob voice” as one of these miscellaneous character voices on Rocko which ultimately ended up being the familiar voice of the square yellow sponge the world knows and loves.

Once ‘Rocko’s Modern Life’ was canceled in 1996, creative director (and previous marine biologist) Hillenburg put his focus on bringing Spongebob to life, pitching the series to Nickelodeon wearing a Hawaiian button-up along with a model sized version of Spongebob’s home of Bikini Bottom equipped with tiny squishy models of each character. The executives at Nickelodeon green-lit the project almost immediately and the journey to one of the world’s most famous animated shows began.

Spongebob Squarepants’ premiered on Nickelodeon on the first of May in 1999 and has since become Nickelodeon’s highest-rated series with new episodes still airing over two decades later. The franchise is commercially successful having earned over $13 billion in retail. A fun fact about Tom Kenny’s involvement with the show is that he voices additional characters other than Spongebob such as Gary the snail, the famous French narrator, Spongebob’s dad, along with Patchy the Pirate which appears in several live-action clips to accompany the animated show.

In an interview with Casting Frontier where Kenny lent advice to aspiring voice actors he explained, “When you’re doing voice-over for TV, the union contract is that they get you for three voices. Once you go to a fourth voice, they’ve got to give you a little bump in pay. So they have you for one to three voices. So, it pays to be versatile because they would rather pay one guy to do three voices than three guys separately to do three voices. So a lot of times, you wind up talking to yourself and having conversations with yourself.”

This series follows three chemically created little girls (Blossom, Bubbles, and Buttercup) whose mission is to save the city of Townsville from evil creatures and monsters with their superpowers. While Kenny voiced multiple roles for this series, he most famously voiced the Townsville Mayor, who most would recognize for his adorable monocle and tiny black top hat. Additionally, Kenny voices the narrator of the series to which viewers are greeted with the sound of his booming voice in each and every episode. The series ran from 1998-2004 with a total of 78 episodes.

Another Nickelodeon show Tom Kenny starred in ‘CatDog’, created by Peter Hannan (‘Leg’s Go Luna!’), in which a refined cat and uncultivated dog have been conjoined at the stomach and are forced to tropes through life together despite their vast differences. The show ran from 1998-2005 for 67 episodes where Kenny voiced the character of Dog.

A famous Adult Swim animated series created by Dan Harmon (‘Community’) and Justin Roiland (who not only created the show but also voices both lead characters of Rick and Morty) in which an alcoholic grandfather and his innocent grandson partake in wacky space adventures. Kenny has guest-starred in nearly half of the episodes in which he voices a multitude of characters over the show’s four seasons. The series has become one of television’s most famous animated sitcoms due to its hilarious dark humor and genuineness that fans have greatly taken to.

A newer project for Kenny includes the Disney Jr. Series ‘Puppy Dog Pals’ that follows Bingo and Rolly, adorably energetic pug puppies who go on fun adventures all over the world. Kenny has recorded 75 out of 85 episodes as A.R.F., the robotic dog who debuted in the show’s first season and continues to lend his voice to the series.

Most recently, Kenny’s voice can be caught on the brand-new ‘Spongebob Squarepants’ spin-off series ‘The Patrick Star Show’ in which he makes cameos as Spongebob himself. The show currently airs Friday nights on Nickelodeon in addition to Spongebob’s first spin-off series ‘Kamp Koral: Spongebob’s Under Years’ which follows the familiar ‘Spongebob Squarepants’ cast as children at summer camp. The show can currently be streamed on Paramount+.