If You’re Watching The Olympics, Check Out These Olympic-Inspired Films 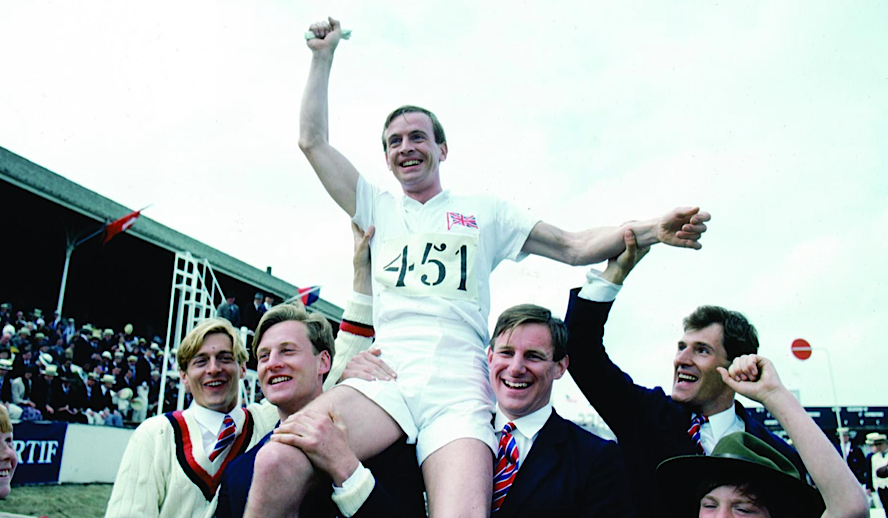 Every four years the world turns their televisions on and watches sporting events that we only seem interested in during the Olympics. While the Olympics capture our attention every four years, some stories have a legacy and impact beyond their televised event and go on to become cultural phenomena. As with all things, film will take those phenomena and find new ways to spread them to the masses. If you are anything like me and get hooked on these sports, here is a list of films based on Summer Olympic sports to keep the athletic spirit alive in your home with fictional films, biopics, and documentaries.

‘The Bronze’ follows a former gymnast and bronze medalist Hope Ann Gregory (played by Melissa Rauch) who is living off of her celebrity in her small town in Ohio after a life-threatening injury ended her gymnastics career. Upon the suicide of her former coach, she is informed that if she trains her former coach’s most promising student to reach the Olympics then she will receive an inheritance of half a million dollars. She decides to try and sabotage the student in efforts to both stay the most prominent gymnast/celebrity in her town and get the money, although several twists and turns come along the way. The cast includes Sebastian Stan, Haley Lu Richardson, Thomas Middleditch, Cecily Strong, and Gary Cole. If you are a fan of gymnastics and underdog stories, then this comedy is the one for you.

It is hard to find a more famous film about the Summer Olympics than ‘Chariots of Fire’. The film follows the true story of two British runners, Eric Liddel (Ian Charleson), who is a devout Christian and runs as a way of glorifying God before he becomes a missionary in China, and Harold Abrams (Ben Cross), who runs as a way of overcoming the antisemitism he faced while at the University of Cambridge. The two end up on the Olympic track and field team for Great Britain in the 1924 Olympics in Paris and the rest of the film follows their journey through overcoming the challenges posed to them during their training and competition and how they are able to overcome those obstacles. The film also stars Nicholas Farrell, Nigel Havers, Ian Holm, Alice Krige, and Richard Griffiths. Most Olympic films like to highlight the underdogs and the story of these two men definitely fits that bill.

Jesse Owens is a legendary Olympian which is why it is shocking that it took until 2016 to release a movie about when he made Olympic history. ‘Race’ stars Stephen James as the iconic track star and his history-making run in the 1936 Olympics in Berlin. It starts with his time at Ohio State University and follows as he builds his relationship with coach Larry Snyder (Jason Sudeikis), his relationship with his girlfriend, Ruth (Shanice Banton), and the political ramifications of going to compete in Germany. The film also stars Jeremy Irons, Carice van Houten, Amanda Crew, Glynn Turman, and Giacomo Gianniotti. When looking at how sports and the Olympics can make an impact on history, this is the film for that.

One element of the Olympics is the stories behind each of the Olympians and the more harrowing their story is the more attention they get. One of those stories is the basis for the film ‘Unbroken’, based on the book of the same name by Laura Hillenbrand, takes a look at the life of Louis “Louie” Zamperini, an Olympic runner and World War II veteran. The film follows Zamperini (played by Jack O’Connell) through his childhood, his career as Olympic runner, his time in the Army and serving in World War II, and the two years he spent as a POW in Japan. The film also stars Domhnall Gleeson, Garrett Hedlund, Finn Wittrock, Jai Courtney, Miyavi, and John Magaro. If you want to be moved by someone’s story, this is the film for that.

2021 is not the first time Tokyo has hosted the Olympics. 57 years ago, in 1964, Tokyo played host to the massive sporting event and, just like the 1936 Olympics in Berlin, they had a filmmaker document the events. ‘Tokyo Olympiad’ shows how these Games were essential to reintroducing the world to Japan after World War II and looked more at the human interest side of the Olympics rather than simply highlights of the events and who medaled. This approach stirred up a controversy since it was more cinematic than the Japanese government had wanted the documentary’s director, Kon Ichikawa, to create for them. This film has been featured on many must-watch lists including ‘1001 Movies You Must See Before You Die’ and is a must-see for sports fans and those interested in the actual history of the Olympics.

For those watching the Olympics this year and in the Winter Olympics in 2018, you may have noticed that all of the Russian athletes are competing as the ROC or Russian Olympic Committee. That is due to a massive doping scandal the country was caught in and proceeded to get the country itself banned from competing in the Olympics for four years. The 2017 documentary ‘Icarus’ documents the events that lead to this ban and focuses on one of the scientists who helped orchestrate the whole thing and also served as a whistleblower for this program. Again, if you are interested in the behind-the-scenes operations of the Olympics, this Oscar-winning documentary definitely serves that content.

The USA Gymnastics abuse scandal has been something that has been hovering around Olympic gymnastics this year, with Simone Biles being the lone gymnast that Nassar abused, still competing as an elite gymnast. ‘Athlete A’ documents the history of Nassar with USAG and the process of gymnasts coming out against Nassar and The Indianapolis Star’s work on breaking the story and making sure that USAG will be held accountable for their role in enabling and covering for Nassar. This has been a massive story in the United States since it broke in 2016 and this documentary contains all that you need to know to understand the scandal and how it is not done yet.

There are so many films about the Olympics, but these are some of the best ones about the Summer Olympics.