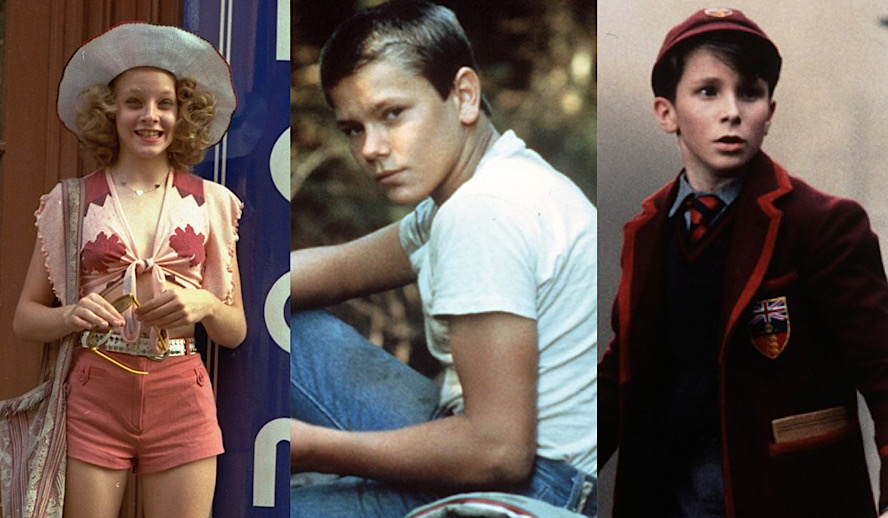 On most nights at the Oscars, the actors and actresses nominated have been in the business for a long time or are breaking in after a late start. Every once in a while, for a specific reason, there is a face that sticks out among the nominees. This is because they are children in a room of adults. In many acceptance speeches, the winner will speak to the camera and tell their kids at home they should be in bed. The children at the awards ceremony might be up well past their bedtime, but that comes as a result of a brilliant performance for such a young age.

Jodie Foster has a brilliant career in film. She is an acclaimed actress, director, and producer. Her performances in ‘The Silence of the Lambs’ and ‘The Accused’ earned her Oscars for Best Actress in a Leading Role, but neither was her first trip to the ceremony. At 13, she was nominated for an Academy Award for Best Actress in a Supporting Role. Foster didn’t win, but her role in ‘Taxi Driver’ is iconic.

‘Beasts of the Southern Wild’ follows a young girl, Hushpuppy, and her relationship with her ailing father in a southern Louisiana bayou community. Between dealing with a coming storm and her father’s health, Hushpuppy finds courage and love to take on life and grow. ‘Beasts of the Southern Wild’ was nominated for four Oscars, including Best Motion Picture of the Year, Best Achievement in Directing, and Best Writing – Adapted Screenplay. The other category was Best Actress in a Leading Role for 9-year-old Quvenzhané Wallis.

River Phoenix – ‘Stand By Me’

Tragically, River Phoenix is no longer with us, however, he left behind a legacy in film. The quality of his performance in ‘Stand By Me’ at age 15 showcased the depth of the boy and the man to come. While he didn’t get nominated for the role, it is a powerhouse of a performance that is clear to all who watch the film. The movie is based on Stephen King’s novella The Body and recounts the journey of a group of childhood friends as they search for the body of a missing boy.

Christian Bale – ‘Empire of the Sun’

Christian Bale has portrayed a wide variety of characters across his career. He puts in a tremendous amount of work for his roles, and the dedication that he brings to his performances can be seen from an early age. Steven Spielberg’s ‘Empire of the Sun’ follows a young boy, played by Bale, from a wealthy British family living in Shanghai as he becomes a prisoner of war when World War II breaks out. When ‘Empire of the Sun’ was released, Bale was only 13-years-old. His immense filmography of brilliant films and performances has continued to grow and doesn’t look like it will peter out anytime soon.

Anna Paquin is the first winner of an Oscar on this list for her performance in ‘The Piano.’ The film won the Palme d’Or at the Cannes Film Festival and won three Academy Awards at the Oscars, including Paquin’s Best Actress in a Supporting Role. Paquin played the daughter of a mute woman sent to New Zealand for an arranged marriage to a wealthy landowner. This 19th century period piece was a massive critical and commercial success. It earned $40 million at the domestic box office against a $7 million budget.

Alex R. Hibbert is only 16 years old, but he has already made a profound impression with his acting abilities. His prominent role in the television series ‘The Chi’ has film and TV lovers wondering what’s next for Hibbert. His debut in ‘Moonlight’ already leaves a mark on film history that will always be there regardless of what is to come for the young actor. Hibbert’s performance in the film draws viewers into the story of a young African-American man grappling with his identity and sexuality. He sets the bar for this Best Picture winner.

Natalie Portman later won an Oscar for her performance in ‘Black Swan,’ and it’s hard to believe that she wasn’t at least nominated for her performance in ‘Léon: The Professional’. Portman turned 12 on the set of the movie and put in a masterclass for her first role in film. ‘Léon: The Professional’ follows the relationship of a young girl and an assassin who takes her in after her family is murdered. It was not up for any awards at the Oscars but is high up on IMDb’s Top Rated Movies list for a good reason.

Kirsten Dunst – ‘Interview with the Vampire: The Vampire Chronicles’

Kirsten Dunst might be known most for her portrayal of Mary Jane in Sam Raimi’s ‘Spiderman Trilogy,’ but her performances cover a broad canvass of film that starts from a young age. One of her first films had her starring alongside Brad Pitt and Tom Cruise. At 11 years old, she was holding her own with these Hollywood heavyweights. In the movie, Dunst plays a young girl who is taken in by two vampires. Brad Pitt’s Louis recounts his story, and Dunst’s role in it is full of memorable scenes that help shape the movie.

While Quvenzhané Wallis is the youngest nominated actress in Oscar history, Tatum O’Neal holds the record for the youngest winner. She was 10-years-old when filming ‘Paper Moon.’ The film is set during the Great Depression and depicts the relationship of a con man and a young girl, who may or may not be his daughter, as the two forge an unlikely partnership. O’Neal was in 100 minutes of the 103-minute runtime of the film, but she was put in the category of Supporting Actress. The decision is baffling, but her performance shines through, regardless.

M. Night Shyamalan made waves with his film ‘The Sixth Sense.’ His movie was responsible for one of the biggest movie buzzes of the year. The story and twist are iconic in film. Bruce Willis and the young Haley Joel Osment shine in the movie. The relationship between the child psychologist and the young boy has an immense presence on screen, and Osment was nominated for his role in the film. Regardless of not winning the award, his performance will always be in the annals of film history.

As long as films are made, there will always be stories that allow for the realities and depths of youth to be showcased. The list above provides just a few examples of the many towering performances by young actors and actresses. While most awards go to performers well into their adult years, the actors and actresses above are reminders of the power a role can have regardless of age. One of the brilliant things about film is that movies will always be there for people to find. The meaning and depth of a role live on. The films above are just a few examples of great performances from young actors. There are many more out there.

What is your favorite role by a young actor or actress?