An Analysis | Best Picture Nominations for Oscars 2021: An Unexpectedly Diverse View of the Year in Review 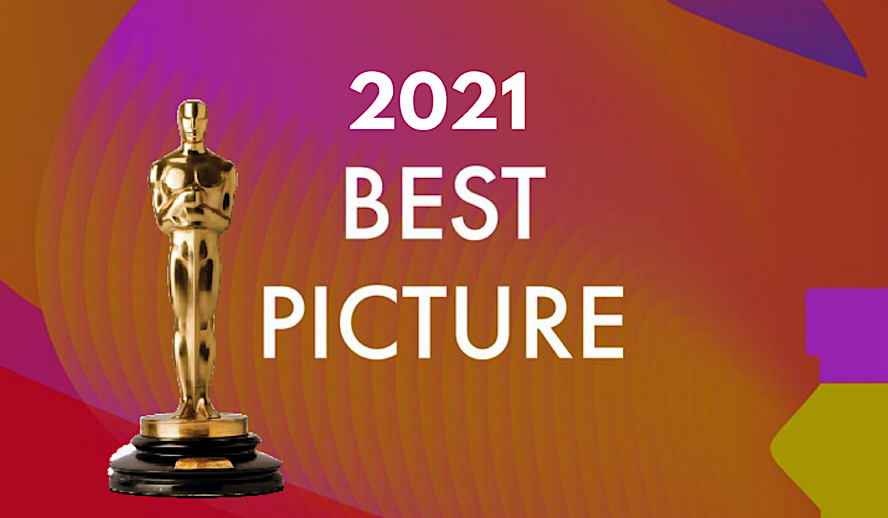 The year 2020 is synonymous with ‘Parasite’ Bong Joon Ho’s masterwork which would win the year’s Oscar, the first foreign film to achieve this feat in Oscar history. But in the truest sense of irony, every other picture, all eight of the other Best Picture nominations, featured majority white casts. Only two films featured a female lead with ‘Little Women’ and ‘Marriage Story.’ A rather perturbing amount of white male representation in a year when films like ‘The Farewell’ and ‘The Last Black Man in San Francisco’ would be released.

Moving past last year, it’s very refreshing to see the Academy’s selection for 2021, opting for ‘Promising Young Woman’, ‘The Trial of the Chicago Seven’, and an overall more dynamic representation of the year.

‘The Father’, ‘Judas and the Black Messiah’, ‘Mank’, ‘Minari’, ‘Nomadland’, ‘Promising Young Woman’, ‘Sound of Metal’, and ‘Trial of the Chicago Seven’

Clearly, this year’s selection spans a very wide conceptual net, from Daniel Kaluuya’s portrayal of Fred Hampton, Deputy Chairman of the Black Panther Party, to Frances McDormand’s soul-warming performance as Fern, the van-dwelling nomad journeying through Middle-America. The Academy has chosen films from 2021 that represent a wide gamut of experiences, choosing to platform films that, under most circumstances, wouldn’t have garnered as much acclaim as they have. In order to understand why these films are succeeding, one must understand the context under which these films produced.

In a year where COVID 19 made filming almost impossible, only the most dedicated got films distributed

The majority of this year’s films are independently produced, which is unusual for The Oscars. If we look back to 2020, for reference, the Best Picture nominees had an average budget of just over $65.5 million dollars. This year, the nine films nominated averaged out to a little bit over $12 million per budget. I believe this massive discrepancy in budgets is what’s allowing us to receive a much more heterogeneous assortment of nominations. In a time where filming anything would be not only extremely challenging physically, it would also be a painful endeavor financially. Because of this, producers and directors were forced to decide, do they want to make something cheap or lose money.

For the most part, major production companies went through 2021 production-less, opting to cancel or delay upcoming releases and postpone all upcoming projects. Because of this, 2021 has been a year devoid of major “Blockbusters,” save a few special occasions. This allowed more small-budget films to receive recognition as the market was not oversaturated with big-budget productions. However, these films rose to prominence on nothing but their own merit. There were next to no marketing campaigns or any serious financial backing for any of this year’s nominations to fall back on to generate buzz. These films made it here because of the quality of their productions, nothing else.

Bill Maher, the political talk show host for HBO had a number of things to say with respect to this year’s Best Picture nominees. Maher would go on to say, “The Oscars need to change their name to the Debbies — as in Debbie Downer. Because judging by this year’s Best Picture nominees, you couldn’t have a worse time at the movies if there was an active shooter in the theater”.

Obviously, this is a critique based on the overall tone of the films, not their actual merit, while also equating them to one of the most heinous and incomprehensible crimes imaginable, further proving Maher’s disjointed perception of film. This statement is especially appalling when you actually look back at last year’s whitewashed nominations featuring expressly emotional themes within films like, ‘Jojo Rabbit’, ‘The Joker’ and ‘Marriage Story’.

So what’s the difference between the 2020 nominations and the 2021 nominations since they both focus on tense and emotional themes? Well, I think one logical response would be the fact that 2021’s nominations focus on real-world problems. Issues that are based in reality, making it harder to deal with these topical issues because people find an actual connection to them, thematically. Going deaf is not a glamorous topic, but rather, a common ailment that anyone can identify with.

Losing your job at the local Amazon Factory is a depressing thought, but it’s also a reality for millions who call this country home. Fred Hampton was a real person, fighting for real issues, and this reality makes these films harder to cope with than a film about a superhero villain or a racecar driver. This disconnect between the Hollywood elite and this year’s nominations display a growing divide between the historical idea of Hollywood and a new way of creating, perceiving, and representing art through film.

The New School of film

Today, filmmakers are going out and shooting things independently, working with talent not usually synonymous with super-stardom, and tackling topics not traditionally explored in Hollywood. And all of this is coming in a time where social interaction is most limited. Never has it been more accessible for the amateur filmmaker to go rent a camera, film an original concept and pitch it. We now have the booming industry of streaming, independent distributors like A24, and a massive film community on YouTube and other social platforms. We are witnessing the divergence of opinion away from blockbuster Hollywood ideals at a rapid rate. People are opting for low-budget, personal, artistic alternatives to the traditional studio offerings.

There is nothing more evident of this trend than the Academy Awards’ own progression towards a more decentralized view of film. It’s great to see the Academy accept these more modernized offerings for what they are and giving them the platform they deserve. As more films like these garner attraction and success, more will be made. The rising of the tide raises all boats, and that is true with the film industry, as well. As Hollywood begins to adopt this new sentiment, we will see an increasingly diverse representation of humanity through film, and the Academy has shown great progress in achieving that goal.