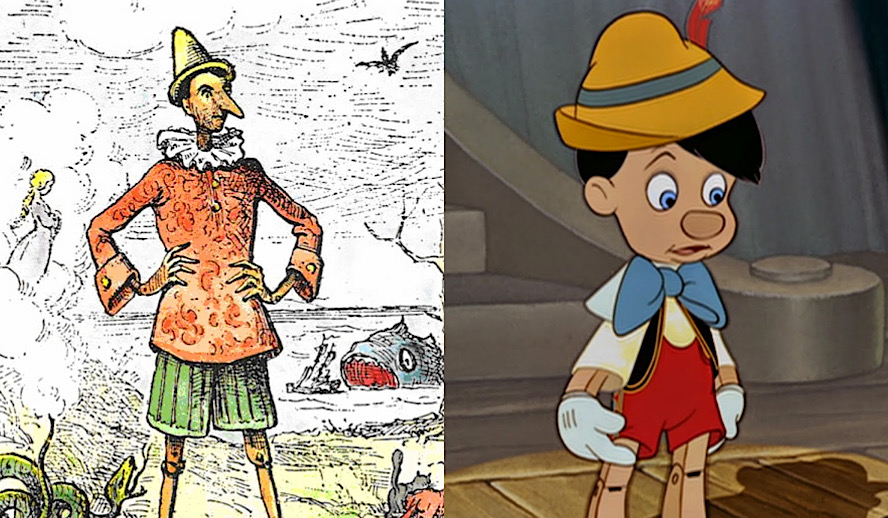 If you’ve taken a gander at my page on the Hollywood Insider website, you’ll see that I am unhealthily obsessed with Disney. I know every lyric to most Disney songs, I may or may not have a personally tailored Cinderella dress in my closet, and I have thrown Disney-themed birthday parties for myself long past the age when it was acceptable. So yeah, if you think you’re a bigger Disney fan than me, just try beating me in a Sleeping Beauty trivia contest. I’m talking to you, first graders.

Both Hollywood Insider and I have the utmost respect for Disney and all that the mega-corp has achieved. Disney and childhoods are synonymous. My critique of some aspects of Disney should not be mistaken for my hatred for Disney – I love Disney. Disney has elevated Cinema, culture and humanity to a much higher level.

Unfortunately, there is a side of Disney beyond all the cute animal sidekicks and vibrato-belting princesses, and it’s not pretty. Disney tends to take the source material of classic stories and Disney-fy it. That means they add a level of cuteness so sappy it would put the cutest of cat memes to shame. Think about it: do you really think Cinderella had a dozen adorable animal sidekicks helping her get ready in the morning when the story was told around Greek fireplaces 2,000 years ago?

Do you think Dumbo had a cute little mouse guiding him through his journey when the story first came out in the 19th century? Do you think the original writer of Peter Pan would have a protagonist worthy of felony kidnapping charges? Well… Peter does lure the Darling children away from their home to go to Neverland in the original story. Children’s stories are all creepy if you look close enough.

Disney needs to pander to young audiences and they do this by taking a classic tale and stuffing it full of cuteness until it’s unrecognizable. And yes, sometimes that means just adding a song or a talking rabbit here or there, but sometimes it means destroying the essence of the source material. Disney takes stories that have meaning and morals, that were told for a purpose, and strips that purpose away.

In the old days, fairy tales were used as cautionary tales to warn readers against being immoral. That’s why the majority of them were so dark. Take Villeneuve’s ‘Beauty and the Beast’ in which Beauty’s family threatens to disown her if she does not return home from the Beast’s castle. Or in the Brothers Grimm’s ‘Snow White’ when the Evil Queen is forced to dance in iron shoes on fire until she dies. Old fairy tales are darker than a Stephen King novel, but they served their purpose. They dissuaded their young readers away from immorality and arguably taught them to grow up faster. Because the average life expectancy was much shorter, the youngsters needed crash courses on how to not be terrible people.

Back before millennial parenting was invented and people believed in shielding their children from anything that had the slightest chance of causing them harm, people believed that kids needed to be scared straight. And the easiest way to do that is to write a ton of books about people being immoral and getting horrifyingly punished for it. And from that era is where the vast majority of Disney movies got their source material because that’s when all the best fairy tales were written.

But Disney can’t have their young viewers being scared at the theater because that wouldn’t encourage overprotective parents to put the butts of their kids into theater seats. And so we are left with Disney’s body of adorable and, even at times stunning work, but each movie has ripped apart its source material and left the moral and essence of the story in tatters.

In the original book, Pinocchio gets hanged. Now have I got your attention? Disney’s ‘Pinocchio’ brings to mind an adorable little puppet who wants to be a real boy and his cute little cricket sidekick. Fortunately, Jiminy Cricket actually is a thing in the original tale. Unfortunately, Pinocchio smashes him to mush in Codi’s tale.  Pinocchio in the original book – how to describe him in the politest way possible – was a raging A-hole. The first thing Pinocchio does when he comes to life is kick Gepetto. Gepetto just gave this puppet life and the first thing on Pinocchio’s agenda is kicking him.

His next course of action is running out the first door he sees. After seeing Pinocchio running around on his own, authorities arrest Gepetto. And Pinocchio does not give a sh*t. Pinocchio returns home because, naturally, he’s hungry after getting the man who gave him life arrested. Here, he meets Jiminy Cricket who warns him about disobedience and naughtiness. After seriously considering what Jiminy is saying for all of five seconds, Pinocchio smashes him with a hammer because… YOLO. Pinocchio’s behavior continues like this until he is eventually captured and hanged. Even back in the day, the public thought this was too dark and wrote angry letters to Codi until he wrote a sequel where Pinocchio is rescued and continues being an A-hole.

I’m not implying that Disney should have made its puppet protagonist a jerk. But what’s the point of adapting a book if you eliminate the message the book was trying to convey in the first place. Now millions of people can hum along to ‘I’ve Got No Strings’ but almost no one can tell you what Codi’s story was really about. How would you feel if you wrote a book only to find out the movie version of your book that completely destroys its message is the only thing that people remember?

The first image that pops into your head when you think of ‘The Little Mermaid’ is probably Ariel exploring the depths of the ocean with Flounder or Sebastian reggae belting ‘Under the Sea’ like it’s nobody’s business. It should be pretty obvious by now that adorable sea animal sidekicks weren’t the first thing a 19th-century Danish author had in mind when writing his masterpiece. But beyond that, the entire theme of Andersen’s story is ripped away in the Disney version of the story. Andersen’s story follows a similar path to that of the Disney movie for the first two acts. A mermaid wants to live on land to be with a prince so she goes to a sea witch and asks for legs.

The only major difference up until then is that Ursula includes in her deal that Ariel’s feet would hurt like they were being stabbed by knives every time she takes a step. Not the nicest thing to include on Ursula’s part but it doesn’t impact the story all that much. The story proceeds pretty much as usual until Ariel has a hard time winning the love of the prince who pretty much does the 19th century equivalent of friend-zoning her. Ariel’s sisters come to her and tell her if she doesn’t win the love of the prince, Ursula will kill her. The only way to save herself is to kill the prince. Ariel considers committing murder but then decides she can’t kill her true love and sacrifices herself instead. It’s a beautiful, albeit anti-feminist ending which Disney decided to ignore entirely for their classic neatly tied-up Disney-fied ending.

Disney completely obliterated the message and moral of Andersen’s story. A story about self-sacrifice becomes your run-of-the-mill love story no deeper than any given episode of ‘Gossip Girl.’ The message is completely lost in favor of a cuter, Disney-er ending in which love conquers all and there’s no ugly risk of death.