‘The Highwaymen’: The Story of the Cops who Caught Bonnie and Clyde – Kevin Costner and Woody Harrelson 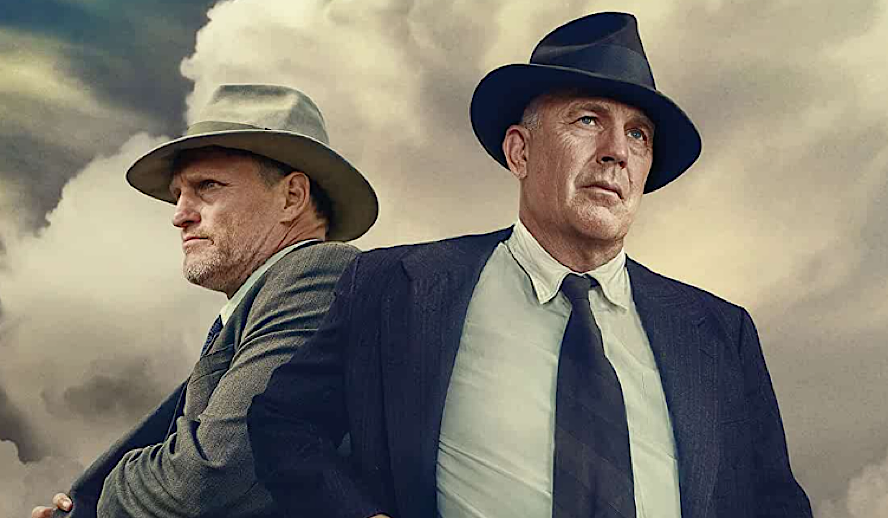 It’s been a long time since Bonnie Parker and Clyde Barrow went on a killing rampage, driving all across the country, evading the law. Even after they were murdered in 1934 by the cops, they went on to live forever through pop culture. They were icons, so much so that a movie was released about them 37 years later. Bonnie and Clyde (1967), starring Warren Beatty and Faye Dunaway, is now regarded as a classic film. The movie romanticized the two outlaws, portraying them as a good-looking couple who were deeply in love, rather than monsters who went on a crime spree just for the thrill of it.

‘The Highwaymen’ (2019) is essentially a protest of that movie. Instead of telling the story of Bonnie and Clyde, it tells the story of Frank Hamer (Kevin Costner) and Maney Gault (Woody Harrelson), the two Texas Rangers who chased down and killed the famous criminals. Director John Lee Hancock and writer John Fusco made a point to barely give the outlawed duo any screen time, instead of focusing entirely on the good guys. After almost nine decades, it was time to show the world the other side of the story.

Related article: Choose Kindness: Apple TV Plus’ ‘Ted Lasso’ is One of the Funniest, Warmest, and Best Shows of 2020

A particular sequence stood out to me in regards to describing Frank and Maney’s friendship. In the first act, Frank drives to Maney’s house to recruit him for the mission, but changes his mind and turns back. Maney then confronts Frank, and Frank explained “it’s because you were moving like you’re 85.” It’s the type of backhanded comment that only a friend could say to someone without being completely offensive and disrespectful. Of course, Frank wasn’t really trying to disparage Maney, it was simply teasing. But you could clearly tell that they had a history together.

The script is a classic example of giving characters depth diving too much into their past. Through their anecdotes and reminiscing, we learn that the two fought in combat together, killing countless men in the process. Frank in particular had been through it all, claiming that he had sixteen bullets inside his body (how’s that for toughness?). Luckily, the film didn’t take us through any flashback scenes, as that would have been too much of a detour from the task at hand. We weren’t watching the movie to learn about their war background, but it was a nice way to add layers to the two historical figures.

I’m convinced that Harrelson was born to play cool southern characters. Whether it’s True Detective (2014-), No Country for Old Men (2007), or his countless other roles, the native Texan always pulls off the “slick southern guy” character. His conversational and humorous Maney is the perfect counterpart to Costner’s Frank. The blend of seriousness and comedic relief makes this “buddy” film a thoroughly enjoyable watch, even though you know what’s going to happen in the end.

However, there was more to Harrelson’s performance than providing us laughs. He’s also reflective, as he heavily weighs the morality of killing another human being, even if it’s a dangerous person. David Fear from The Rolling Stone described a sequence when the two cops investigated a house that the outlaws stayed in “‘She’s such an itty-bitty thing,’ Gault says, laying out one of Parker’s dresses when they come upon the gang’s hideout. The look that Harrelson gives follows that statement, which suggests a profound regret that they’re going to have to pull the trigger, suggests a nuance that the rest of the film only flirts with.” This reminds us that even when it’s someone’s job to kill someone, it doesn’t mean that it’s not a big deal to them. Anyone with a conscience would be deeply affected by it, and Harrelson brings out these emotions with sincerity and authenticity.

Kathy Bates also stood out as Texas Governor Ma Ferguson. You can feel the paranoia behind her sternness, as she was clearly petrified of the elusive killers. She was the one that offered Frank the mission but was simultaneously skeptical of him and Maney for the majority of the film. In the end though, her attitude took a funny turn. After the two Rangers killed Bonnie and Clyde, Ferguson claimed to the media that she had faith in them the whole time. It wasn’t the most truthful statement in the world.

Hancock and Fusco were clearly tired of history idolizing the wrong side of the battle. In addition to the criminals not having screen time, Frank and Maney lamented about them being idolized. How could people worship cold-blooded killers? It’s a good question that the film poses, but doesn’t really attempt to answer. It was a bizarre time in history, and people may have just been fascinated with something so out of the ordinary. Or maybe they really thought that killing and robbing banks was cool? All we know is that the cops weren’t pleased with the couple’s celebrity status.

While this movie is not as romantic and eccentric as Bonnie and Clyde, it does give an interesting perspective on an old American story. It’s amazing that it took this long for someone to talk about Frank and Maney, as their heroic efforts surely saved lives. If it weren’t for their persistent chasing and investigating, who knows how many people Bonnie and Clyde would’ve killed?

This film will certainly appeal to old-school “law and order” types who view the police in a positive light. However, it’s not only limited to that type of audience. As Fear said, “you don’t have to be AARP-aged to appreciate what Costner and Harrelson are doing, or to audibly squeal when character actors like W. Earl Brown and John Carroll Lynch show up, or to be impressed by the period-piece production design and John Schwartzman’s tony cinematography.” At the end of the day, it’s about two men with a strong moral compass, and they won’t rest until they get justice. It’s likable, agreeable, and not too radical about anything. It won’t blow you away, but it’s a fresh take on a historical event that your grandparents lived through. That fact alone makes it worth checking out.