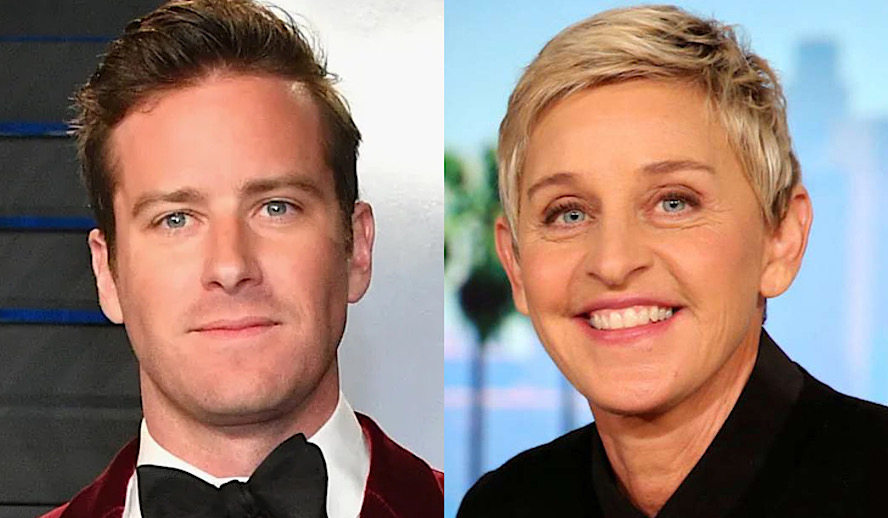 It’s the tale as old as time – a beloved celebrity says something in bad taste, their horrible actions are revealed to the public, and a wave of fans must deal with the aftermath. Fans pick up their own pieces, heartbroken over the controversy, and move on as best they can. Debates spark – can you remove the art from the artist? The audience then begins a territorial war over the actions of this person, all while the celebrity remains comfortably in their high tower, waiting for the world to move on to the next big thing. In six months, it will be over, right?

Possibly, yes, they might be correct. The world will forget, and they will make a triumphant return to their career field, having made no improvements to their character and will likely disappoint their fans all over again. They become another face on our screens to provide us with entertainment, and their past actions fade into the background. Celebrities are real people first, even though we tend to forget this. They make real, harmful comments, with strong opinions they develop based on the real world they live in. It is so easy to forget this when we have social media and instantaneous news, feeling like we see the most important parts of their lives, but we cannot trust a celebrity to be a perfect person who aligns with all of our values. Celebrity culture, as we know it, should be abolished.

The recent alleged accusations and uproar regarding Armie Hammer and Ellen Degeneres is an example of why we need to stop idolizing celebrities. (At this time, we do not want to comment on Armie’s case any further than that as they have not reached a final verdict.)

It’s Unhealthy, For Everyone

Joseph Gordon-Levitt, of acclaimed (500) Days of Summer and 3rd Rock from the Sun fame, is a model figure in the fight against the glorification of artists in the public eye. He has spoken out against the way people begin to idolize celebrities, most recently quoted as saying “A lot of pop culture is pornographic. We don’t see people as people. We see them as things, and when we watch pornography we don’t see the people in the video as people either.”

Celebrities understand that they are being used, just as much as their fans are, which creates a tense divide between them and the people who celebrate their work. A power struggle of this nature can cause people to become too closely involved with the issue to the point where they feel like it is their “job” to protect a celebrity, even if that person has done something irredeemable in nature.

In fighting for those who have used their platform for a harmful reason, this can begin to reflect negatively upon the people on the defense line. They become so blinded with admiration for a person and their talent that they forget true art is critical in nature. In defending an action on the behalf of someone, a culture of acceptance for someone abusing their power has been created, allowing for Hollywood superstars to see that they are able to bounce back from anything they do. It is not the fault of an innocent fan when a celebrity acts inappropriately, but when that happens, the world should be able to criticize these acts. The fans, the audiences that consume media, are the ones with the true strength. With a healthy amount of judgment, we are able to prevent celebrities from ever making, writing, or starring in films again.

Every person in the public eye is constantly seconds away from being “cancelled,” the popular term coined by Twitter users meaning to end someone’s popularity. However, as Hollywood Insider’s very own Tyler Bey points out in his excellent article “Cancel Culture” Isn’t Real, It’s Just Called Accountability,” ”Celebrities are able to weave around consequences. Celebs are incredibly powerful, and this is because of two things: one, celebs have the attention of the masses on their side, and two, more importantly, celebrities are incredibly rich.” This so-called cancel culture cannot touch a celebrity because they will never feel the effects in their personal lives, not in the way that their fans do. At the end of the day, someone under public scrutiny does not take this “cancelling” home with them, to their thirty-million-dollar mansions, and their fans are left out in the cold, wondering what they did to deserve such a terrible thing.

It Is Ultimately In Our Own Hands

Enjoying an artist’s work is never something to be ashamed of, especially when film and media provide outlets to escape our normal reality. There is more than one tear-jerking story spotlighting someone who made it through their toughest times with the aid of a movie or book reminding them of the light at the end of the tunnel. However, there comes a point where we must remove the character from the actor, the movie from the director, and see these celebrities for what they are – human beings with lives that will never be fully exposed to the public, never ours to share with them. Understanding and fully digesting this will help create a healthy barrier, making celebrities feel safe in their public life while protecting fans when a Hollywood hotshot decides to engage in distasteful behavior.

A person in the public eye should never blame their own shortcomings on the audience that gave them their platform but instead be held accountable for their actions. Even if this means removing them from the pedestal altogether, they are still people who are bound to the moral standards we hold ourselves to. While a celebrity might be able to bypass certain areas of the law with their financial capabilities, that does not mean they should escape the pointed criticism the masses are able to provide.

One should never sacrifice their own ethical codes to uplift a celebrity who, when all is said and done, will continue to profit off of their own ignorance. Celebrities are human beings at the end of the day. They will continue to create art in their own way, as they always have done, and it is now on us, the viewers, to judge whether that art should still stand on a soapbox. In doing this, we can finally have a flourishing relationship with the media we consume.