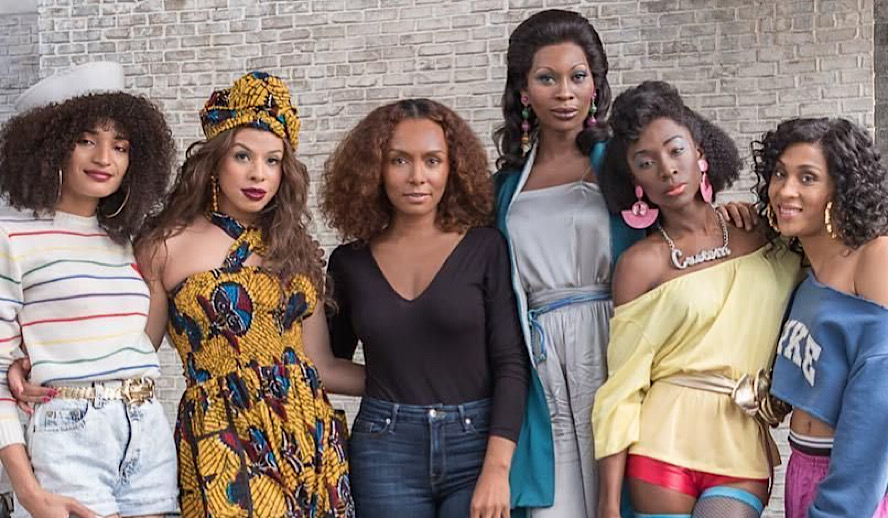 On July 28th, several actors woke up to the astounding news of their Emmy nomination, some for the first time. Fans across the world cheered as Zendaya was nominated for her electrical work on Euphoria’s second season. Issa Rae’s Insecure also snagged eight nominations this year, a record for the series that premiered in 2016. On the surface, this Emmy season was a success for women, LGBTQ individuals, POC, and everyone in between, with nominations handed out to actors like Sterling K Brown, Jeremy Pope, Regina King, Octavia Spencer and Kerry Washington, and many many more! While this season is a time of celebration for many, for some, it serves as a reminder to how much work truly needs to be done for transgender representation. After a second season on Pose, none of the five women or non-binary individuals have been nominated again.

The women of Pose, MJ Rodriguez, Dominique Jackson, Hailie Sahar, Angelica Ross, and frequent director Janet Mock,  being snubbed once again sparked a wildfire on social media about what it means to be trans in America. With trans women dying at an alarming rate every day with minimum news or social media interest, trans women feel neglected and abused by American society. Angelica Ross took to Instagram to address the comments of fans. She states that she “was foolishly thinking and praying that representation would really change our culture”, and how “It’s not just about a nomination or award it has a lot more implications than that for me”. And unfortunately, she’s absolutely right.

There’s a reason that Pose holds the record for the most trans actors playing recurring characters in a TV show in 2020. The show in and of itself is an act of protest and social defiance to a culture and industry that shames LGBTQ individuals and their stories. Audience members are tired of Hollywood falling short in queer and trans storytelling. With the spike in popular movies that share the queer experience, one would think that a show with merely five trans women wouldn’t be anything worth celebrating alone. Don’t get me wrong. It’s fantastic that Pose is a symbol of representation for queer people all over the world, an ushering of a new age of representation. But Hollywood often confuses representation with tokenization, and failing to give the trans actors of Pose the recognition they deserve is another act of halfway acceptance. Failing to nominate any of the trans actors on the show, but delivering a second to Billy Porter, a cisgender male, suggests that every lesson Pose has to offer about the trans experience was only half absorbed by voters of the Emmy awards.

The New Age of Representation

In our new age of representation, where Black individuals receiving Emmy nominations are far more normalized than 25 years ago, what new implications arise in our shifting culture? After all, we all know that these award shows are far more complex than “the Emmys are transphobic” or “the Emmys are racist,” there are far more factors to these award shows than race, gender identity, or sexuality. Let us not forget that Billy Porter has been working for over 30 years in the business and is just now, at 50, receiving credit for his brilliance. Imagine all those who came far before the women of Pose and still have not been nominated for hardly anything. Should new actors be acknowledged before actors who have been working far longer than today’s youthful trans actors? Again, it’s complicated.

Trans women have been working too for decades to receive even the slightest semblance of representation. One could argue that more trans acknowledgment in America is far overdue, even more so than that of actors who’ve been working tirelessly for three, four, five decades. That’s the thing about minority groups, and award shows, the nomination and especially the win are far deeper than just an individual’s hard work.

Awards like Oscars, Golden Globes, and Emmys, when received by queer people, POC, and other marginalized groups, serve to open doors, break ceilings and move mountains for individuals to come. A lack of a nomination for any of the trans women in Pose is a reminder of how much work needs to be done, how many more doors need to be opened in Hollywood before we can truly celebrate. When you view awards in this light, it becomes nearly overwhelming to process the implications of each nomination, each snub, and each win.

“That Fact that We’re in the Building is the Point Right?” Wrong.

“I am so tired,” Angelica Ross admits in her tear ridden IGTV video with over one hundred and thirty thousand views. What you have to understand is that the work that goes into being a trans woman is far deeper than what we will ever see on screen. These women are philanthropists, activists, community organizers, they’re doing far more than cis white actors have to do, simply to be in the room. Last year at the 2019 Emmys, Billy Porter made a well-intentioned comment but was a tired sentiment for some: “The fact that we’re in the building is the point. Right?” He goes on to even saying, “And now we got another season, and now they’ll get their shot.” Comments like these are so familiar and comfortable that it’s easy not to think anything of it. But this sentiment is antiquated in our new age of representation.

We’ve learned that if we continue to stay comfortable with bare minimum representation, we’ll never get to a place where we receive what we deserve. Billy Porter is a phenomenal actor and well earned his two nominations, but that is not a win yet. The win will be when we all join the fight together, white, cis, straight, Christian or otherwise, for the collective future we want to see. Where marginalized groups don’t have to hide in the shadows of tokenism, but can reap the rewards of decades of service to the future of storytelling. Watch both seasons of Pose on Netflix and experience the nuance, beauty, tragedy, and love of the trans experience.