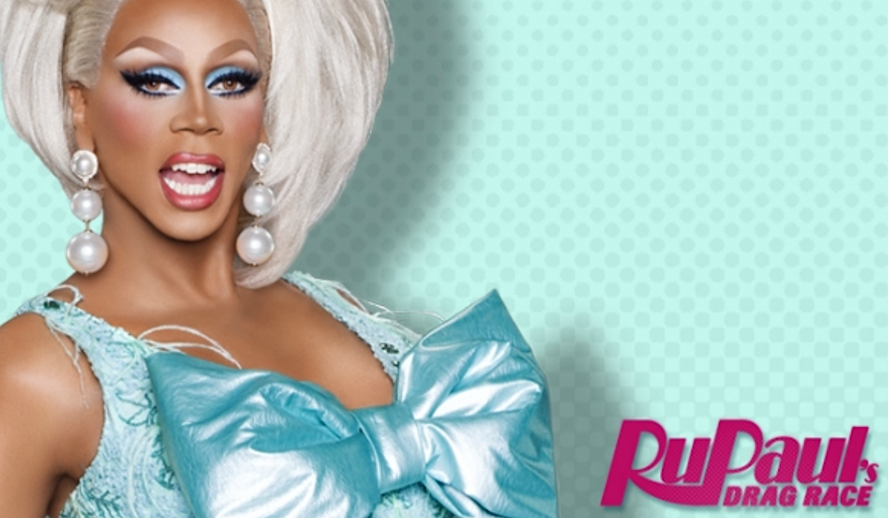 What happens when counterculture becomes the culture? Of all the anomalies of the breakout competition series, ‘RuPaul’s Drag Race,’ of which icon RuPaul Charles finding his success peak two decades after his career in entertainment launched with the release of his hit single, “Supermodel,” is included, perhaps the most enigmatic is the mainstream’s recent and radical embrace of a show hellbent on contradicting every heteronormative social standard. By simply highlighting the subversive art form of drag, ‘Drag Race’ effectively broadcasts inquiries of modern societal norms, from gender-assigned clothing to concepts of what gender is altogether, well encapsulated in RuPaul’s iconic quote, “We’re all born naked and the rest is drag.”

Against all odds, ‘RuPaul’s Drag Race’ has prevailed in winning over the hearts of audiences across the nation and the globe. Since the series’s debut in 2009, ‘Drag Race’ has produced 12 seasons and 5 ‘All-Star’ seasons, as well as spin-off series in several nations around the world including the UK, Thailand, and Canada. The series has also accumulated several accolades since its debut, including 19 Emmy wins which resulted in RuPaul becoming the Guinness World Record title holder for the “most Emmy wins for Outstanding Host for a Reality or Competition Program.” The triumph ‘Drag Race’ can also be measured in the large pool of celebrities the show has featured as guest judges, including superstars such as Lady Gaga, Nicki Minaj, Ariana Grande, and even Cher’s mom!

What stands out as an irrefutable indication of the success and influence of ‘Drag Race’ are all of the drag queens that have become superstars in their own right due to their performances on the competition show. Several queens have been able to mold distinguished careers after their stunt on ‘RuPaul’s Drag Race’ like Shangela, a contestant from the early seasons of the reality series, who has made it all the way to the Oscars red carpet due to her supporting role in the critically acclaimed 2018 film, ‘A Star is Born.’ Unbelievable is the only word that appropriately defines the mind-boggling success of a competition show about drag queens; however, as the premiere of the show’s latest season on New Year’s Day confirms, RuPaul’s Queendom is only expanding.

As if the previous feats of ‘RuPaul’s Drag Race’ are not outrageously impressive enough, the premiere of the reality competition series’s latest season on the first day of 2021 exhibited the show is not ready to stop breaking records any time soon. VH1 reported that the season 13 premiere was the most-watched ‘RuPaul’ episode of all time, reaching a gag-worthy 1.3 million viewers. While these numbers are astounding, anyone familiar with ‘Drag Race’ knows reaching new heights is a consistent pattern for the series.

The ever-evolving nature of ‘Drag Race’ was a large draw of the Season 13 premiere in which 13 brand new drag queens were inaugurated into the legendary ‘Drag Race’ family, but unlike previous seasons, lucky number 13 shockingly consisted of 6 lip syncs that pitted fellow queens against each other right off the bat. The lip syncs are a major component of ‘Drag Race;’ however, they are typically reserved for the climax of the show as the two weakest performing queens of the week plead for RuPaul to spare them from elimination in the most spectacular way possible- a lip-sync for their lives.

The 13 new queens to grace the stage this season are Denali, Elliott with 2 Ts, Gottmik, Joey Jay, Kahmora Hall, Kandy Muse, Lala Ri, Olivia Lux, Rosé, Symone, Tamisha Iman, Tina Burner, and Utica Queen, all of whom possess unique talents ranging from dancing to costume design in addition to the unquenchable desire to be crowned “America’s Next Drag Superstar.” The premiere was structured unlike any before, immediately posing a pair or trio of unknowing queens in a fierce lip sync battle with only one surviving. Although this was unconventional, it worked fantastically as an introduction to each new queen, as their lip sync performances served as an effective presentation of each queen’s personality and performance style.

Additionally, the producers ensured that the episode was packed full of bangers for lip-syncing songs, including club anthems like Carly Rae Jepsen’s “Call Me Maybe,” Lindsay Lohan’s “Rumors,” and Janet Jackson’s “The Pleasure Principle.” The trio lip-syncs between Tina Burner, Kahmora Hall, and Elliott with 2 Ts, to the Christina Aguilera-led pop collaboration, “Lady Marmalade” was a true standout as both comedic and acrobatic styles of performing went head-to-head. The fast pace of meeting new contestants, watching mesmerizing lip syncs to popular songs, and the intrigue of not knowing what twist would fall upon the queens (and audiences alike) next made this premiere the most captivating yet!

The first episode of ‘RuPaul’s Drag Race’s’ 13th season may have ended on a cliffhanger, but there is plenty for fans to expect for the upcoming season. First and foremost we can expect a rowdy and talented bunch of unique queens sure to excel in classic challenges like “Snatch Game” as well as in “Untucked” drama as the competition gets the better of the queens. Another notable component of ‘Drag Race’ that this season is sure to satisfy in the coming episodes is the sharing of queens’ heartwarming backstories that led them to their ultimate acceptance of themselves. One striking reason as to how the 13th season of ‘Drag Race’ is unlike any other is the inclusion of Gottmik, a trans man, as a competing drag queen.

While Drag Race has housed multiple queens who have come out as transgender before, after, or even during the show, Gottmik is the first trans man to compete for the title of America’s Next Drag Superstar. Herein lies one of ‘Drag Race’s’ most magical powers, creating empathy for LGBTQ performers through personal anecdotes and then celebrating their queerness as audiences get the chance to watch queens overcome obstacles and win challenges. In turn, this revolutionary representation that can be found in only a handful of entertainment’s crevices transforms ‘Drag Race’ into a safe space for LGBTQ audiences who need a place of refuge and beacon of hope during our modern homophobic and transphobic times.

This leads to the next expectation for the new season, that season 13 is guaranteed to be a platform of queer joy to get the community through the upcoming lonely months. During any other year, a new season of ‘RuPaul’s Drag Race’ would entail weekly viewings of the show at local gay bars and an electric feeling of queer pride and community. Due to the coronavirus pandemic that can obviously not take place; however, even from home, one cannot evade the utter sensation of queer kinship that spills from screens broadcasting ‘Drag Race.’ In every frame of the reality competition series, ‘Drag Race’ cultivates an idolization of the LGBTQ community, as fans are exposed to the queens’ vibrant personalities, next level queer fashion, and sickening performance skills. The sheer gaiety of ‘RuPaul’s Drag Race’ brings the celebration anywhere it goes, whether it be a bar or at home, assuring all fans of drag excellence a joyfully queer time, not even a pandemic can rain on.