Top 10 Kiwi Movies and TV Shows on Netflix: From the Land of Sheep and Hobbits 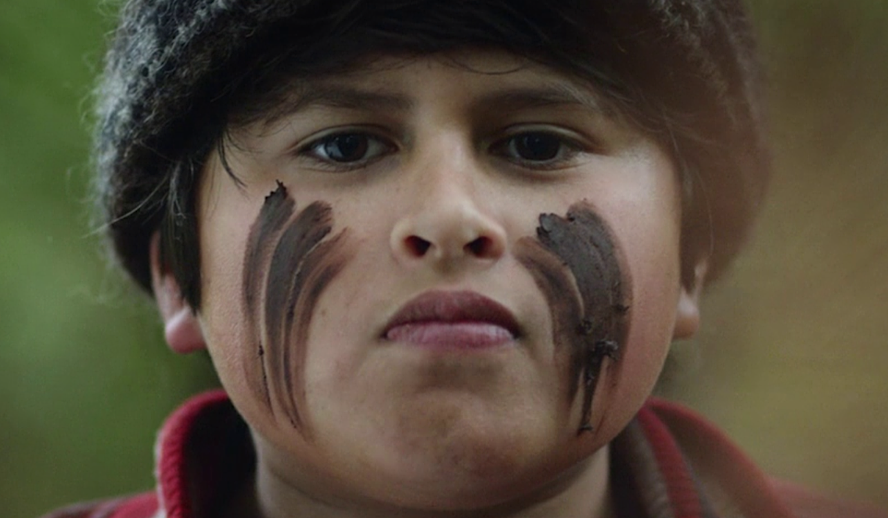 You’ve heard of the phenomenon that is ‘Lord of the Rings’. You’ve seen Julian Dennison pop up in ‘Deadpool 2’, Rhys Darby in ‘Jumanji: Welcome to the Jungle,’ and Karl Urban in ‘The Boys.’ The past decade saw Taika Waititi take the box office by storm, contributing to the Marvel Cinematic Universe with ‘Thor: Ragnorak’ and making a splash at the Oscars with ‘Jojo Rabbit’. New Zealand has had plenty to offer Hollywood and the golden age of television, but what about homegrown content from this small, sheep-filled country?

Let’s take a look at the top 10 Kiwi movies and TV shows you can watch right now on Netflix:

Before Taika Waititi was spinning tales in Asgard and Nazi-occupied Germany, he was crafting some of the funniest films to come out of New Zealand. Beginning his feature film career with the cult classic ‘Eagle vs Shark’, Waititi then went on to write and direct the award-winning ‘Boy’. Both captured the self-deprecating and often dark Kiwi humor that Waititi mastered in ‘Hunt for the Wilder People’. This film follows the national manhunt for a rebellious teenager (Julian Dennison) who gets lost in the New Zealand bush with his recently acquired foster uncle (Sam Neill). Based on the book by Barry Crump, the film is filled with plenty of laughs (and a few tears for good measure), as it depicts the joys and frustrations of found family.

“My name is David Farrier, and I’ve always been drawn to the weirder side of life,” states Netflix’s trailer for ‘Dark Tourist’. In 2018, journalist David Farrier created and hosted a travel show with a unique and somewhat macabre twist. ‘Dark tourism’ or ‘dark travel’ refers to the practice of traveling the world to visit historical sites associated with death, destruction, or an otherwise dark past. With Farrier as our guide, the series takes us on a tour of the site of the Fukushima nuclear disaster, participates in Ma’nene funeral rites, and meets with friends and fans of Charles Manson.

Set on the picturesque Waiheke Island, this six-part thriller follows detective Jess Savage (Kate Elliot) following the fatal car accident that killed her husband. Despite the same accident causing memory loss, Savage sets out on an investigation to find and bring her husband’s killer to justice. If you’re a fan of ‘Broadchurch’, ‘Mindhunter’, or ‘The Mess You Leave Behind’, this one is for you. The series was renewed for a second season that is due to air in 2021.

“My mother once said, ‘What you see when you look at an archival film are resurrections taking place.” – Hepi Meta

Merata Mita (1942 – 2010) was one of the often unsung heroes of the New Zealand film industry. Her work as a director, producer, and writer, including the 1981 documentary ‘Patu!’ and feature film ‘Mauri’, brought the Māori voice to New Zealand screens. Director Hepi Mita’s personal and intimate documentary examines the life of this filmmaker and activist through a son’s eyes, securing Mita’s legacy as an essential pillar in filmmaking history.

Taika Waititi again makes this list, this time stepping into the producer role for this comedy from Madeleine Sami and Jackie van Beek. If half of comedy is the premise, then ‘The Breaker Upperers’ meets that requirement with this doozy of a logline; best friends Jen and Mel run an agency designed to break up couples for the right price. As with all the best comedy, there is heart to the tale and a lesson to be learned about what it means to love and be loved in return.

One of the more difficult to watch entries on this list, this documentary details the disturbing case of what became known as ‘The Wainuiomata Exorcism’. In 2007, twenty-two-year-old Janet Moses was drowned by several members of her family during a mākutu lifting. In 2009, nine participants would be charged with five found guilty of Moses’s death. The documentary combines the historical details with chilling reenactments and interviews from those involved. The film has been praised for grounding rather than sensationalizing this gruesome murder case, focussing on facts rather than shock value.

Younger audiences deserve quality content just as much the rest of us, and ‘The New Legends of Monkey’ delivers. This action-comedy starring Chai Hansen, Luciane Buchanan, and Josh Thomson is set in the mythical world of the Monkey King. The series, which was nominated for Best Children’s Television Series at the 2018 Australian Academy of Cinema and Television Arts (AACTA) Awards, saw its second season premiere in August of this year. Each episode is a blend of fun and action that will surely continue into the expected third season, although its release date has been unconfirmed due to COVID-19 restrictions.

A reality show about a funeral home doesn’t sound like an obvious hit, but ‘The Casketeers’ has found a loyal following, mostly due to the quirky couple the show is based around. The series documents the lives of Francis and Kaiora Tipene and their day-to-day lives running a funeral parlor. The series dives into individual deaths – including insight into both Māori and Pasifika funeral rites – as well as the ups and downs of owning your own business, and the personalities of the couple at the series’ core.

Based on Thomas Picketty’s groundbreaking book of the same name, this French and New Zealand coproduction details the growing inequalities brought about by a capitalist society. Kiwi director Justin Pemberton helms this ride through pop culture references, interviews with experts, and neatly packaged analyses of both the past and future of society. These elements combine to make nan entertaining and thought-provoking watch that will make you rethink the way you both earn and spend money.

In a market saturated with dystopian media, it can be hard to find an original take on the genre, but ‘Cleverman’ manages and then some. In a near future, mythological creatures struggle to find a place amongst a bigoted society. The best science-fiction is that which reflects the present, and Cleverman uses its premise to explore racial identity and prejudice, likening the show’s mythological creatures to indigenous peoples. Co-produced with Australia and the United States, and with ‘Game of Thrones’ star Iain Glen, this may just be your next quarantine binge watch.