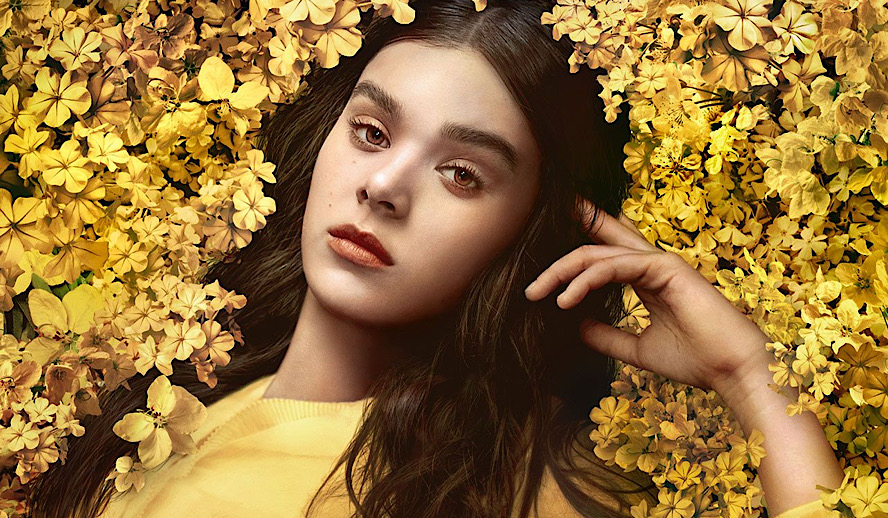 Created by Alena Smith, the series delves into the life of poet Emily Dickinson, played by Hailee Steinfeld, and offers insight into her experiences while residing in 1850’s Massachusetts. It is a coming-of-age story, taking place “during Emily Dickinson’s era with a modern sensibility and tone,” and taking viewers “into the world of Emily, audaciously exploring the constraints of society, gender, and family from the perspective of a budding writer who doesn’t fit into her own time through her imaginative point of view.”

The first season was released in November 2019 when Apple TV+ first made its debut, and quickly drew fans to its modern depiction of the acclaimed poet as a young and rebellious teenager, exploring both her sexuality and relationships with those around her even as she remains reclusive in nature. Each episode is structured around one of Dickinson’s poems which helps to explore a given theme, and several of the poems are often enacted in dramatic or musical performances, in an interesting expression of Dickinson’s work other than a simple reading. Smith had previously tweeted a teaser for the second season that touched on this, writing, “Dickinson really is as much a dramatic adaptation of her poetry as it is a historical depiction of her biography. This will become even more clear in season 2.”

The main cast features Emily’s family, including her mother, Emily Norcruss Dickinson (Jane Krakowski), her father Edward Dickinson (Toby Huss), her brother Austin (Adrian Blake Enscoe), and her sister Lavinia (Anna Baryshnikov). Ella Hunt plays Sue Gilbert, Austin’s fiance, and Emily’s best friend and love interest, and their historically evident relationship is a key part of the show. “Sue is not her only romantic interest in the show, but I think Sue is Emily’s core soulmate,” Smith said. “At least that’s what Emily was so desperate for Sue to be.” Appearing guest actors also include Wiz Khalifa, who plays the literal embodiment of “Death”, John Mulaney as Henry David Thoreau, and Zosia Mamet as Louisa May Alcott, along with several others who lived in Amherst during the time of Emily’s life.

Apple TV+’s official description for the current season reads, “Emily Dickinson is pulled out of her private literary life and thrust into the public eye while struggling with the sense that the pursuit of fame might be a dangerous game for her to play. Now in season two, we indeed see Emily’s thoughts and feelings regarding fame explored, highlighting the series’ goal to answer why most of Dickinson’s work was written in secret and published posthumously. In a conversation with The Hollywood Reporter, Smith discussed how this was addressed in season one, and how it will be considered in a different light in the second season.

“Season one gives one answer, which is it was a patriarchy and her father was opposed to women publishing,” she said. “Season two is going to completely turn that on its head or inside out and give a very different answer, which is that Emily herself had a deeply ambivalent relationship to fame. Season two is really all about fame and the attention economy, which was a central concern in Emily Dickinson’s poems. She wrote many, many poems about fame and about running from fame or rejecting fame. But she definitely had an obsession about fame even if she was subverting it.”

Smith also mentioned how this ties into the show’s targeting of a modern-day audience, citing the influencer culture of today’s society as well. “People who have come of age in this era of social media, where everyone has the opportunity to get famous, it’s really interesting to think about the fact that — and this is something that I’ve had conversations with the cast and the writers room — anyone who wants fame in this day and age can get it,” she said. “Like it’s not that hard. And we have these people called influencers, where that’s like their profession is getting enough fame that they can sell produce, and like what would it mean to choose being a nobody, to borrow a key word from Emily Dickinson?

What would it mean to choose being anonymous, being invisible, being unseen and what kind of power is there in being a nobody?” It is an interesting perspective that the show brings out in its second season, as Emily grapples with this aspect among others including the patriarchy and the political turmoil of the time. The show’s incorporation of modern songs, including ones such as “bury a friend” by Billie Eilish in the pilot, also add to its modernity despite Smith’s carefulness to keep the show period-accurate in the form of the character’s language and mannerisms, as well as the meticulous set design that reflects the 19th century, all in all highlighting the series’ continued portrayal of the duality of the past and the present.

The Future of the Show

Though season two is still continuing to air, “Dickinson” has already announced that there will be a season three, making it the first Apple TV+ production to receive a third season renewal. In its third season, Dickinson is set to explore the time period during the Civil War, which season two does not quite reach.

“We get a bit closer to the Civil War [in season 2]. We get right up to the brink of it,” Smith previously said to THR.“The season kind of builds up to…John Brown’s raid on Harpers Ferry, which we are kind of figuring in our show as kind of a 9/11 moment or a moment when war becomes inevitable and the society that has held itself together so far knows that it’s not going to work anymore. If and when we have a season 3, that would be when we were in a Civil War.”

In the meantime, the show is continuing to generate anticipation in fans of the show, as new episodes continue to drop every Friday. While the first three episodes of season two premiered on January 8, the finale will air on February 26 and will be the last of the ten-episode season, before season three will likely later begin production. An interesting modern take on a legendary poet, “Dickinson” continues to impress audiences as Hailee Steinfeld brings to life the revered poet and all of her personal complexities, and we will surely continue to see more of these nuances as the season progresses.

The first six episodes of “Dickinson” are now streaming on Apple TV+.