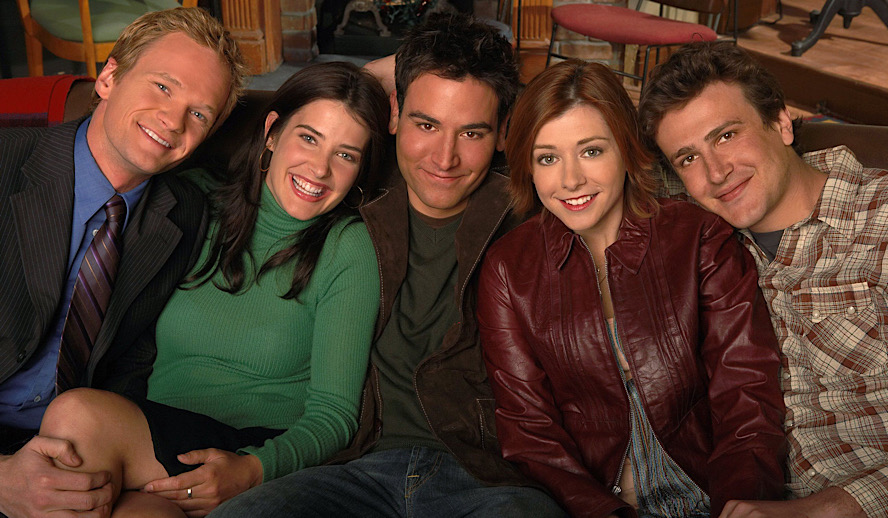 Photo: ‘How I Met Your Mother’/CBS

It goes without saying that CBS’s ‘How I Met Your Mother’ is one of the most popular sitcoms of the 2000s. Running for nine seasons between 2005 and 2014, this series told the story of Ted Mosby and his friends as they experience their 20’s and 30’s in New York City, all told through the narrative framing of a future Ted recalling to his children how he met their mother. The show received mostly positive reviews throughout its run, despite a more mixed reception near the end. People enjoyed the unique narrative ideas, the humor, and the characters, namely the breakout character and fan-favorite Barney Stinson (played by the ever-so-talented Neil Patrick Harris).

But despite Barney’s popularity throughout the show’s run, there’s one character that really deserves all of the praise: Ted, the protagonist. While Harris was electric in his own role, playing the charismatic womanizer who learned to grow a heart, Josh Radnor as Ted brought a whole new edge to the “leading man” role in sitcoms. He’s the driving force behind the success of ‘How I Met Your Mother’, and it’s time he’s given his flowers.

Ted Mosby is a Protagonist Worth Rooting For

In the show, as is with every sitcom, each character in the main cast plays a certain role. Marshall Eriksen and Lily Aldrin, who belong in the pantheon of famous TV couples, are the show’s stable relationship; Despite any ups and downs the couple might have, they are always there for each other in the end. Barney is the schemer of the group, almost to sociopathic levels. He tries to sleep with girls constantly and is always looking for new ways to pick up women.

Robin Scherbatsky plays dual roles, one as the Canadian news reporter who’s still trying to fit in with New York City and the other as the main love interest to both Ted and Barney throughout the series’ run. The most important out of the gang is Ted, who is on a quest to find “the one”: the perfect girl to marry and settle down with. Ted’s journey takes many twists and turns, but he gains a new perspective along the way that shapes him into finally growing up by the end.

He’s a great leading man because when he has a goal, he will go to immeasurable lengths to get it. Take season one for example, in the episode “Purple Giraffe”. Ted claims to be in love with Robin and plans on throwing a party at his apartment just for her to attend. When she doesn’t, he throws another one the next night, and when she misses it yet again, throws a third party the next night for three nights straight of partying. All of this is based on his idea that throwing a party will coerce Robin to come over and he can win her over romantically. It plays great comedy-wise, but it also feels sweet to see him scramble around the city for her, planning party after party after party just in the hopes that the girl he’s interested in will actually show up.

We see this later in the series in the season three episode “Ten Sessions”, where Ted tries to woo his doctor, Stella, over the course of ten weekly sessions. Throughout the ten weeks, he charms her with his jokes and general charisma. But by the end, she still turns him down, citing her busy work and home life. The next day, Ted surprises her on her way to lunch, offering to take her on a two-minute date during the only free time she has available.

As she accepts, he adorably takes her to dinner, to see a movie, and have a dessert all within that time span. It’s a loving gesture that really shows how driven he can be when it comes to winning someone over and how much he cares about Stella. He can be creative and intricate, planning out a whole date in the little time she has available. These kinds of gestures are Ted’s bread-and-butter, and his romanticism adds a lot to his character and the show as a whole.

While Ted is known for his grand, sweeping romantic gestures, he also has a conscience to do the right thing. A perfect example of this lies near the end of the series, in the season nine episode “The End of the Aisle”. Any fan of ‘How I Met Your Mother’ knows about the lingering romance between Ted and Robin throughout the series, mainly held by Ted. Robin was the woman he cared about the most, ending relationships and his own chances at happiness just to ensure she stays a part of his life.

So when Ted sees Robin get cold feet at her wedding and try to run away with him, he sees her throwing away a chance at happiness over fears and doubts. This can’t happen and would never work. He knows it. So, he calms her down and convinces her that marrying Barney is the right thing for her to do instead of ditching the wedding and running away with him.

It’s an emotionally tough moment, watching Ted swallow his feelings for the woman that matters most to him just to do the right thing and make sure she’s happy. But that’s the kind of guy Ted is: He will do anything for the people he cares about, even at his own personal expense. A lot of that can be attributed to his growth on the show. Would Ted have made that decision in season one? Who knows. But it takes a strong will to do so and makes Ted a much better character because of it.

Throughout the series, he’s always been a very tender-minded person. He’s always thinking about what-if’s or if-only’s, and he almost always acts on what he feels rather than what the most reasonable thing to do is. But by the final season, he learns to take a step back and think before doing, something that shows how much he has grown as a person over the nine seasons of the show. Ted Mosby may be overly romantic and a bit much to deal with, but he’s a man who cares deeply about his friends and romantic interests. He’s the perfect guy to root for on television.

‘How I Met Your Mother’ is a show about finding love while still finding yourself, that age of your mid-to-late twenties when you’re still finding your footing in life and getting ready to settle down. Ted is the perfect embodiment of this feeling, with him declaring that he wants to find his soulmate in the first episode and spending the rest of the series trying to find them. He yearns to share his life with someone, and that’s a feeling that anybody can understand.

His journey isn’t easy; there are many times where he’s left devastated or losing hope in his cause. But that’s what makes his quest so satisfying to watch. The audience wants to see Ted happy, and throughout the show’s run, we see him grow and learn from his mistakes to become a better man in the end. That makes for great television, and makes Ted one of TV’s greatest sitcom characters.

‘How I Met Your Mother’ is available for streaming on Hulu.