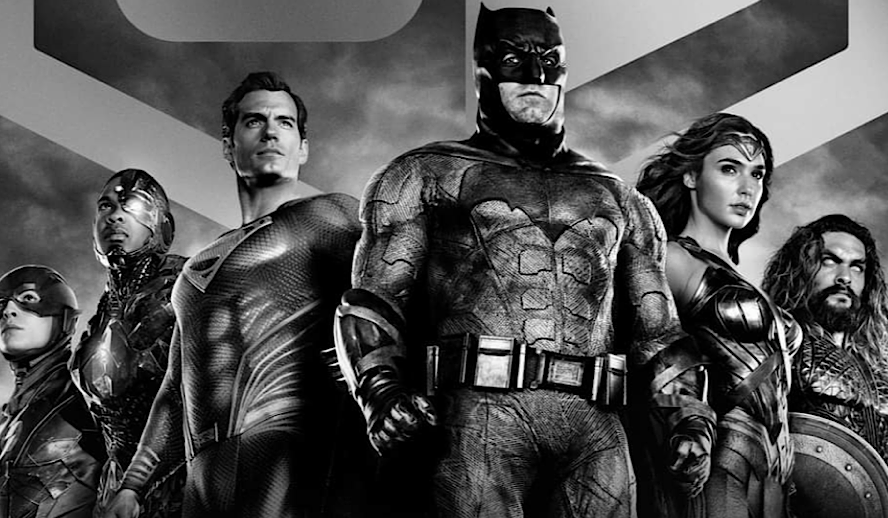 Photo: ‘Justice League’ Is A Treat For Fans

To those who (still) don’t know, ‘Zack Snyder’s Justice League’ is kind of a big deal.

After Zack Snyder left the initial project in 2017 due to a personal tragedy it was taken over by Joss Whedon (The Avengers), who changed the film drastically through reshoots and digital tinkering. Upon release, it was met with even more disdain (and financial loss) than its predecessor, ‘Batman vs Superman: Dawn Of Justice’. As well as the sheer atrociousness of ‘Justice League’ (2017) a better, ‘Ultimate Cut’ of ‘BvS’ got fans wondering what Snyder’s finished version of the film would look like. In what is essentially an unprecedented Cinematic event, those who clamored so arduously for his vision to be restored have now finally got their wish – The Snyder Cut is here. (And yes, it’s better)

‘Zack Snyder’s Justice League’ has exactly the same premise as the Whedon Cut: Superman (Henry Cavill) is dead, and it is now up to Batman (Ben Affleck) and Wonder Woman (Gal Gadot) to recruit a group of superheroes to protect the world from an oncoming invasion. Its execution differs wildly, though. Snyder presents these characters in an epic, mythological fashion that treats them with an earnestness that will please fans. Though the uninitiated may struggle to find an engaging story beyond the excess of comic book delights, this doesn’t really matter to the film’s core audience – ‘Zack Snyder’s Justice League’ is undeniably a film for the initiated.

‘ZSJL’ trumps the previous version in nearly every way, and that much is clear right from the beginning – the grandiose opening sequence sets the stage well for the epic confrontation to come. The cinematography is much better, as you would expect from the man who rose to fame bringing comic book creations like ‘300’ and ‘Watchmen’ to life. There is still some awkward-looking CGI but so much of the camerawork brings a sense of reality to this highly-fantastical DC world. There are also some truly breathtaking set-pieces; the Flash (Ezra Miller)’s introduction astonishingly showcases the extent of his powers, and the flashback battle sequence offers a gloriously apocalyptic spectacle.

Snyder takes his time to build the world, and part of the joy of the film is simply watching this unfold – the new intricate details and scenes are welcome. Secondary characters and elements present for nanoseconds of the Whedon cut are given far more time to breathe – Atlantis, Themiscyra, Metropolis, and Gotham are all drawn more substantially. The extra scenes with Willem Dafoe’s beautifully-coiffed Vulko are a delight, and the numerous cameo appearances from characters like Joker (Jared Leto), Martian Manhunter, and Deathstroke (Joe Manganiello) offer fan-pleasing texture.

‘Zack Snyder’s Justice League’ is substantially grittier than the previous version. The battle sequences are brutal – people get hacked to pieces, particularly when the Satanic-looking (now much better designed) and axe-wielding Steppenwolf (Cíaran Hinds) is around. Snyder’s no-nonsense approach to violence makes for compelling viewing – although it is another element that may alienate the general viewer. Many may wonder why characters that are supposedly kid-friendly (Like Wonder Woman, for example) violently paint walls with the blood of their enemies. Snyder’s style is deliberately provocative in this way – he knows that these characters are important to children but he nevertheless insists on framing them through an adult lens. This makes the film more interesting as a unique take on the characters though it is yet another example of how it will divide audiences.

Most Importantly – Zack Snyder Cares About The Characters

The most meaningful improvement offered by ‘ZSJL’ is the deeper focus on character, particularly on those outside of the trinity. Cyborg (Ray Fisher)’s backstory is surprisingly powerful – he possesses by far the most emotionally resonant arc, and Fisher’s performance is also the strongest in the film. Where some of them previously felt irrelevant, each team member is now necessary: Aquaman (Jason Momoa), The Flash and Cyborg all get enough time to justify their inclusion. This extends to the villains too. Steppenwolf is far more of a character here – don’t get me wrong, he isn’t given Shakespearean amounts of nuance but his motivations are clear enough to establish him as a serious threat. (His brutal ax-hacking helps, too.) He is framed much more as a servant to Darkseid (Ray Porter) than as a free agent of evil, and the brief glimpses into their relationship are intriguing.

Another key improvement is the restoration of Superman’s arc – his story refers nicely back to ‘Man Of Steel’ and offers a number of moving moments, although I still don’t like the resurrection storyline. When characters can simply be brought back to life it somewhat negates the sense of jeopardy. Still, Snyder progresses Superman’s character naturally from previous entries and fully undoes the disrespect dealt to him by the horror show of ‘Mustache-gate’.

It Is A Film That Loves Being Epic

‘ZSJL’’s mythological atmosphere is mostly delightful. The opening two parts are reminiscent of ‘300’ in their emphasis on all things ancient – we get battle traditions, symbolic murals, and textured backstory. Snyder goes for a full-blown, gargantuan tone which is at times exhilarating but also occasionally overcooked – he often overdoses on slow-motion, and though Junkie XL’s score is undeniably better than Danny Elfman’s its sheer brazenness occasionally verges on parody. Once again, fans will appreciate the fact that Snyder clearly sees these characters as important but an underlying sense of silliness is also apparent during certain moments of melodrama.

Some Improvements Aren’t As Fully Realised As Others

Additionally, some of the film’s improvements aren’t quite as complete as hoped for. Though most of the effects are beautiful I still felt a sense of CGI overload during the big finale. Though the inclusion of Darkseid is welcome his dialogue is often very “villain-of-the week” – he is a big evil monster who wants to do evil things, and he makes sure to overtly state this whenever he can. Still, I would be lying if I said that I wasn’t interested in seeing him in future installments, should we get them – he certainly poses a threat and has the potential to be memorable if given more nuance.

Surprisingly, some elements that were in the Whedon cut are actually Snyder’s – much of the comedy in the first version is here too. Flash’s ‘humourous’ interventions are as present and as grating as they were in 2017. That being said, some of the more naturalistic jokes do land, and the general importance of the comedy in ‘ZSJL’ suggests that contrary to popular opinion, Zack Snyder’s sensibility isn’t dour but instead earnest.

Furthermore, the dream sequences in ‘ZSJL’ are as tacked-on as they were in ‘Batman vs Superman’. (Zack Snyder is often guilty of doing things because they are cool rather than because they need to be in the story) However, the mad, apocalyptic world these sequences present is one that I would like to see in a sequel simply because they suggest a far more radical plot than the one we got here. Even though Snyder has repeatedly played down talks of further films, some of ‘ZSJL’s final teases are too tantalizing to ignore. Restore the Snyderverse? Why not – clearly anything can happen at this point.

‘ZSJL’ is not without fundamental flaws. Many have complained about the four-hour runtime (which is long) but this is not its major problem. The film’s greatest weakness is the fact that it still revolves around an overly simplistic core plot: Like ‘Josstice League’ ‘ZSJL’ tells a MacGuffin-led narrative that provides little in the way of a nuanced story. The weight given to the characters does not match the premise, which still revolves entirely around the search for three magic, world-ending boxes. The climactic battle is better built towards this time around but the central conflict is weak at its foundation.

Ultimately, ‘Zack Snyder’s Justice League’ succeeds because it improves vastly over the theatrical version and gives so much extra content to those who wanted it most. It still feels insubstantial in regards to story depth, but it does so much else right. We asked for Zack Snyder, and boy did we get him. The world of the film is engrossing and full of glorious comic book detail that is sure to reward repeat viewing.

It maintains the grittiness of previous Snyder installments whilst also containing more heart and humor. You get to know each superhero far more intimately than before (particularly Cyborg) and their team-up thus feels earned. Though draining and occasionally overblown, the gargantuan tone of the spectacle is at times joyous to behold. I would like to see a continuation of this world – I never thought I would say this a year ago, but it now also seems possible.

For now, though, let us simply enjoy ‘Zack Snyder’s Justice League’ for what it is. Its existence is frankly a miracle, and it has delivered the goods to those who matter most: the fans.