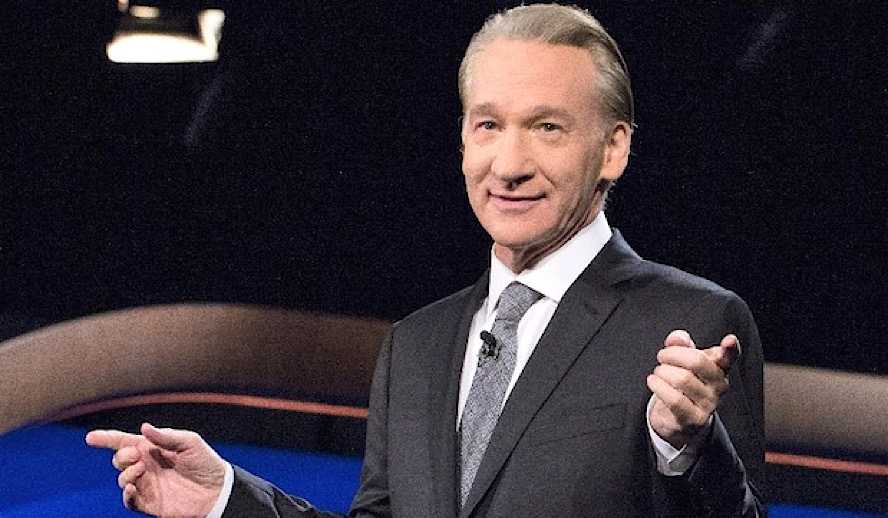 Bill Maher is a late-night host extraordinaire. He has been on the air for almost 30 years now and he shows no signs of stopping. Maher is a leader in the movement against political correctness and towards free speech but he still holds the views of someone on the left.

Today we honor the man, the myth, the stoner with 32 facts about Bill Maher.

#1- He was born and raised on the East Coast.

Maher is known for being the poster child for California nowadays, with his constant promotion of a certain green leaf. But he grew up on the other side of the US.

#2- His mom is of Jewish heritage.

A young Maher was unaware that his mom’s family was Jewish until he was a teenager.

Currently, the only deity Maher prays to is whatever Greek God is in charge of marijuana production. His father was Catholic and Bill was raised in a Christian household until he turned 13 and his family split with the church over their anti-birth control views.

#5- At one point in his younger years, he worked at Arthur Treacher’s.

One of Maher’s first professional experiences was working at the fish and chips chain stocking shelves.

Maher credits his pot-dealing for earning him enough money to pay his way through college and start off a career in comedy. The life lesson here: kush makes dreams come true.

#7- He started doing stand-up in college.

Like all the greats, Maher performed his first stand-up gig at a Chinese restaurant off Route 17 while attending Cornell.

#8- Maybe his mom and dad had expected something a bit more practical as a career choice.

A young Bill graduated from an Ivy League school in 1978. His parents were probably not expecting their Cornell-educated son to go into a profession in which at the beginning of your career, you earn no more than $30 a night, and if you do a really good job, maybe a free Arby’s coupon.

The movie is about a bunch of wise-cracking cab drivers in DC. Maher’s character was named Baba.

He played Bob in the season 5 episode, “20 Years Ago Today.”

Maher supported Ralph Nader in the 2000 election. Trying not to get too mad at him, but if more liberals had supported Gore in that election instead of going for a third party, we wouldn’t have gotten President Bush, and a sequence of events that led to the US electing its first orange president might not have happened.

As any good human should, Maher has an intense passion for man’s best friend. He currently owns two dogs which he proudly featured on ‘Real Time’ when the show was filming at his home.

There are two things all non-baseball fans know about the sport: Babe Ruth was a thing and the Mets suck at baseball. But apparently, Maher has faith in the team because he is a minority owner of the Mets.

Maher’s show ‘Politically Incorrect’ was canceled in 2002 because he was being politically incorrect on the show.  Just days after the show wrapped, Maher was awarded the President’s Award from the LA Press Club for “championing free speech.”

#15- He wants to make sure audiences know his shows are not safe spaces from the get-go.

‘Politically Incorrect’ as a title made it pretty clear Maher didn’t care if you were offended by his show. He wanted to carry on the tradition of titles that warned snowflakes not to approach with his next show. Unfortunately, HBO rejected the title he proposed, “The Truth Hurts.”

Thanks to airing on a premium network, Bill can speak on his show uncensored and be as politically incorrect as he wants.

Most people on the left view Coulter as the symbol of evil conservatism. But she can’t be that bad if she’s friends with Maher. There have been rumors that the two media personalities dated, but Maher quickly shut them down.

#18- He apparently used to have a thing for supporting the losers of presidential elections.

Of course, we’ll give him credit for siding with every sane American and supporting Biden. But, not only did Maher support Nader but he also openly supported John Kerry in 2004.

#19- He describes himself as a libertarian.

Maher says “I want a mean old man to watch my money.” Maybe in a different world where the parties swapped views on weed and the Republicans would leave a 64-year-old lady killer in peace, he might be a Republican.

He is the 2,417th person to be awarded this honor. If you want to go looking for his star, it’s in front of 1634 Vine Street in Hollywood.

#22- He dedicates time to making the world a better place.

Maher is the type of guy who firmly believes the saying “facts don’t care about your feelings.” This is why he’s a board member of Project Reason, a foundation that exists for the purpose of spreading scientific knowledge. I sincerely hope foundation members don’t go door to door saying, “I’d like to talk to you about our lord and savior, the periodic table.” He also is involved with People for the Ethical Treatment of Animals.

Maher hosts his own show on HBO and does volunteer work. You think the guy would want some free time alone with his bong, but he also performs roughly 50 stand-up shows a year.

Unfortunately, only a small snippet of the MCU’s version of ‘Real Time’ made it into the movie.  But it makes you wonder, does Maher have a superpowered alter-ego?

He keeps up with a daily exercise regimen and keeps his diet in check.

Maher has been there for every episode taping of both of his shows: ‘Politically Incorrect’ and later ‘Real Time’. He’s never called in sick and never taken a personal day.

Stubby Kaye was a comedic actor back in the era of vaudeville. He starred in several comedic and musical movies including originating the role of Nicely-Nicely Johnson in ‘Guys and Dolls’.

#28- He is weirdly obsessed with obesity in the US.

I kind of have to call him out on this because Maher seems to mention the obesity epidemic every chance he can get on ‘Real Time’. Yes, obesity is a problem in America and big people are usually at least partially responsible for their own weight. However, there are some genetic factors such as metabolism that lead it to be significantly harder for certain people to stay thin.

#29- He was close friends with Hugh Hefner before his death.

I suppose these hound dogs in their twilight years stuck together. Unfortunately, Hefner died in 2017 due to an E. Coli infection. Hefner was a big donor to the Democratic Party.

#30- He holds the record for the most Emmy nominations without a win.

Maher has earned 40 Emmy nominations and not a single win. Given the amount of effort he puts into his shows, never missing a day of work, he definitely deserves a win by now.

For the 15th anniversary of ‘Real Time’, Maher took a one-week break from ranting about current events to air a documentary about his career.

‘Vice’ is a documentary TV series investigating news stories from around the world. Maher has worked on 111 episodes.