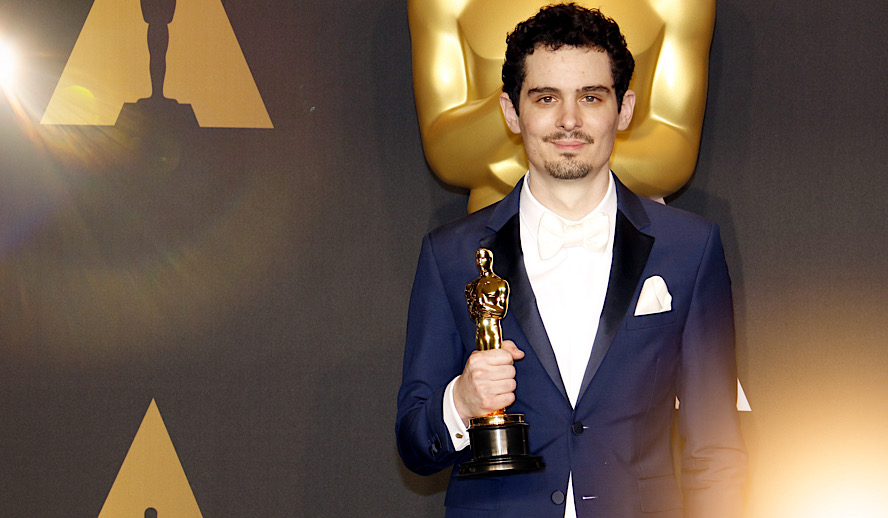 Some filmmakers take time to manifest their passion, while others start making films from the get-go. It is widely accepted that a film director usually has to commit to his/her own journey in life and accumulate personal experience before engaging in the craft of depicting stories of other people and events. “When I was young and studying cinema, there was a saying that I carved deep into my heart, which is that the most personal is the most creative,” – said Bong Joon Ho, as he quoted Martin Scorsese during his Best Director acceptance speech for his film ‘Parasite’. Nowadays, if we take a look at the top 100 grossing films of each year, for the past 21 years, the average age of featured directors would be around 50 years, with directors under 30 representing just under 3% of the lot.

And one would say that after winning three Oscars, three BAFTAs and a Golden Globe with his directorial debut in feature Cinema, the then-29-year-old French-American director of ‘Whiplash’ had already completed an impossible task. But, as it turned out, that’s still not quite in Damien Chazelle’s tempo.

“I always wanted to make movies that are fever dreams,” Chazelle said in 2014, and the exhausting story of ‘Whiplash’ is by far the most personal thing he has written. Before directing Miles Teller as the bullied prodigy Jazz drummer, Damien had actually lived that very same life – he spent five years pursuing that mandatory perfection necessary to become a jazz drummer. Years of thinking about nothing other than mastering rhythm and technique, in that unforgiving boot camp of aspiring musicians that one has to struggle through in order to become a successful Jazz performer. Every single sound in ‘Whiplash’ belongs to that world – from the muffled frequencies of the foam-cushioned rehearsal halls, to the insistent tick of the metronome and the rustling of the music sheets turning.

“I hoped that by zeroing in on a world I had lived in and showcasing the details that were particular to that world could maybe get me to a bigger question: At what cost comes greatness? What does that word even mean and what does it do to the minds of young people, those who are still searching for their place in society?” The obsessively driven, introverted protagonist of the film answers that question with a straight truth that cuts through the hypocrisy engulfing the modern music industry – everything comes at a certain cost, every bit of progress Andrew makes, drains him further of the little humanism he has left, and makes him more insensitive to the crucial aspects of everyday life.

That tendency starts to unfold from the dinner scene, which depicts how alienated Andrew is becoming from his family and how the mindset planted by his abusive mentor Fletcher (a performance which brought J.K. Simmons the Academy Award for Best Supporting Actor) really starts to take over – by gradually transforming him into a self-important, success–crazed fiend, abandoning and cold-shouldering every person who was ever close to him, including his father and girlfriend. To me, one of the key moments in a truly thunderous final sequence of Andrew’s mighty improvisation is his dad, peeking through a curtain, watching him burn out – the look on the father’s face is not just expressing the final rewarding acknowledgment or appraisal – it’s filled with awe of finally grasping the huge gap between his possessed son and the ordinary life he himself has.

After winning the Emerging Filmmaker Award at the Denver International Film Festival in 2009 for his directorial debut ‘Guy and Madeline on a Park Bench’, Chazelle’s career has been anything but ordinary. A year before the stunning success of ‘Whiplash’, he co-wrote ‘10 Cloverfield Lane’, a movie that felt almost Hitchcockian for its suspense and unbearable tension, which as Dan Trachtenberg has acknowledged, was already built into the script. Owing to the success of those two films, Chazelle was able to attract investments for a project he had long been waiting to develop, a musical named ‘La La Land’.

From the early days of working on the screenplay, when the film industry seemed out of his reach, Chazelle wrote ‘La La Land’ as an homage to the old musicals like ‘The Umbrellas of Cherbourg’ and ‘Singin’ in the Rain’. But ‘La La Land’ is different, particularly in the aspect of the reality of its screenplay – it’s a musical where not everything works out in the end, but it still recaptures the magic and romance of those classics. Despite the striking difference from ‘Whiplash’, the backbones of those two films are largely the same – as Chazelle put it himself, “They’re both about the struggle of being an artist and reconciling your dreams with the need to be human.

‘La La Land’ is just much less angry about it.” And this patience was definitely rewarded – the film received 14 nominations at the Oscars and won six of them, including the one for Best Director, making Damien the youngest person to win an Academy Award for the category in the entire history of Cinema. The film broke yet another record at the Golden Globe Awards, winning all seven categories for which it was nominated.

Another important thing about Chazelle’s musical is how he continued playing with the tempo and rhythm of the camera that we observed in ‘Whiplash’, where the first sequence basically sets up the pace for the whole film. In ‘La La Land’, the tyranny of the metronome is much less perceptible, but it’s definitely there – the choreography of each shot and each refrain is pivotal, the timing of every move that the characters make is crucial –  not something that’s often implied in those musicals of the Fred Astaire era.

And while it can’t be fair to compare Ryan Gosling and Emma Stone’s efforts to the most influential dancer in the history of film, one thing is clear – ‘La La Land’ is a musical where the tempo is set not only by what we hear, but also by what we see, and most of all – by what we are expected to see in the next shot, and that definitely is a unique trait.

The Mellow Ambiance of ‘First Man’

‘First Man’ is Chazelle’s first film that is not explicitly about music. But it’s about people who sacrificed their entire lives to space travel and repeatedly risk everything to make that one small step towards success. These people are far from being happy though, and you can see the echoes of the possessed and the alienated personality of Andrew (from ‘Whiplash’) throughout the film. Even here, Chazelle treated music as a key part of the film, so much so that he re-teamed with his longtime friend and composer Justin Hurwitz (also twice an Academy Award winner), to start building the score before he even shot a single frame.

From the first alarming sequence of pure anxiety where Neil Armstrong participates in a risky test drive, the overall pace of the ‘First Man’ gets more and more grounded, and the otherworldly, almost experimental sounding soundtrack of Hurwitz creates a more horizontal suspense for the entire film.

“I certainly recognize those flashes of insanity within myself today,” Chazelle said in 2014, right after the acclaim of ‘Whiplash’. There’s hardly a film director in modern Hollywood who has taken more interest in exploring the human struggle for perfection and what it means to be an aspiring artist in today’s world. And just like you can feel that kick drum when you listen to Buddy Rich or John Bonham, you can feel the hi-hat and the snare groove when you watch a Chazelle film – you feel, and you observe every small component of the rhythm that comes together to embody his very own tempo.

– In the 32nd Year Of His Career, Keanu Reeves’ Face Continues To Reign After Launching Movies Earning Over $4.3 Billion In Total – “John Wick”, “Toy Story 4”, “Matrix”, And Many