With A Scott Pilgrim Show in the Works: What Can We Expect From the Graphic Novel’s Second Adaptation? 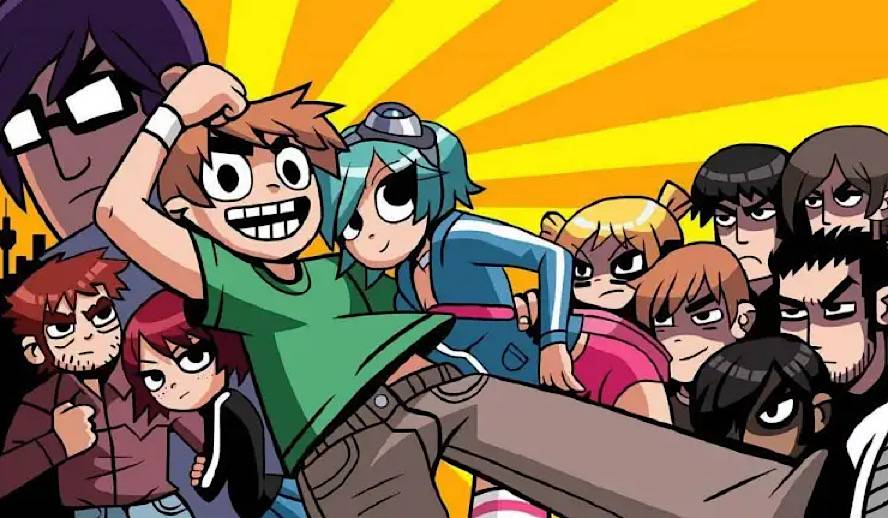 Throughout the early 2000s, Bryan Lee O’Malley would change the face of graphic novels forever with the release of his six-volume book series, ‘Scott Pilgrim.’ Beginning in 2004, the book series spanned nearly a decade, with the final book released in 2010 just before the film adaptation’s premiere, ‘Scott Pilgrim vs. The World.’ The book series told the story of a 20-something-year-old bass-playing airhead named Scott Pilgrim who becomes infatuated with a blue-haired American girl named Ramona Flowers. The story became a huge success thanks to O’Malley’s unique cast of characters, use of humor and drama, and video game/anime references.

‘Scott Pilgrim’ was believed to have changed the medium of graphic novels forever and made an important impact on the medium. As mentioned above, O’Malley’s graphic novel saga was tackled in the form of a movie by director Edgar Wright, best known for films like ‘Shaun of the Dead’ and ‘Hot Fuzz.’ The film was initially a flop before gaining popularity years after its release. With the announcement of a ‘Scott Pilgrim’ anime in the works, what can we expect from this new adaptation of Bryan Lee O’Malley’s work?

The Books and Why They Lend Themselves so Well to Anime

The story of ‘Scott Pilgrim’ appears to be one about the titular protagonist, Scott Pilgrim, trying to win over the heart of Ramona Flowers. However, O’Malley slowly reveals through each volume that the true story of ‘Scott Pilgrim’ is not about winning over girls but about learning to grow up and be a better version of yourself. Although Scott Pilgrim is working to make Ramona Flowers his girlfriend throughout the entire story, both he and Ramona are actually trying to make a relationship work and work through their own problems. Although the story revolves around these two,

‘Scott Pilgrim’ has a whole cast of memorable characters such as Stephen Stills and Kim Pine, both of which work through their own issues with dating and finding themselves in their early 20s. An example of this is when the character of Kim, after a year of denying it, realizes that she still harbors feelings for Scott and learns to deal with them. This idea of dealing with personal turmoil also comes out in the character of Stephen Stills, who learns through the events of the books that he is actually gay and starts a relationship with another character named Joseph. Both Scott and the other characters grow as people and by the end of the story learn to be better adults who deal with their problems in healthy ways.

It’s clear to any reader of the ‘Scott Pilgrim’ books how heavily inspired the story is by anime and manga elements. There are a number of video game references sprinkled throughout the story along with the style of fights appearing very similar to that of popular Shonen manga. Despite the story revolving around just an ordinary Canadian young adult, ‘Scott Pilgrim’ would beautifully work as an animation. Because of its heavily inspired roots in anime, story elements such as fighting would lend itself beautifully to animation. Along with this, a fully animated Scott Pilgrim could bring the graphic novel to life in ways that the 2010 adaptation, ‘Scott Pilgrim vs. the World,’ would not have been able to since it was live-action.

Starring the impressive cast of Michael Cera, Mary Elizabeth Winstead, Aubrey Plaza, Kieran Culkin, Brie Larson, Chris Evans, Ellen Wong, and Alison Pill, ‘Scott Pilgrim vs. the World’ hit theaters on August 13, 2010. While the film is a direct adaptation of the graphic novels, the film was forced to chop down and change a great deal of material from the original source. For starters, the film takes place over a week while the graphic novels take place over an entire year. Certain major plot points were also forced to be removed, such as the entire character of Lisa Miller from the books.

The 2010 film, for the most part, stays completely faithful to the first ‘Scott Pilgrim’ book and gradually changes the material in order to include major plot points from the next five books. This was likely done to include the presence of all of Ramona’s evil ex-boyfriends and other fun side characters in the later graphic novels. Overall, though, the film proved to be faithful enough to the books while also bringing something new to the table. The entire cast gave excellent performances, the cinematography/visuals were phenomenal, and the soundtrack was catchy and memorable (who doesn’t love Brie Larson’s ‘Black Sheep’ cover?) Overall an excellent movie and a wonderful exploration of O’Malley’s material.

News and Upcoming Info About the Show

We’ve received very little information about the upcoming anime adaptation of ‘Scott Pilgrim.’ For starters, the project will be written and executively produced by Bryan Lee O’Malley and BenDavid Grabinski. The show will be released on Netflix and is being animated by Science SARU, known for movies such as ‘The Night is Short, Walk On Girl’ and ‘Lu Over the Wall.’ Other executive producing credits are Marc Platt, Jared LeBoff, Adam Seigel, and Michael Bacall. While there’s been no announcement on what the show will be about or what the title is, it is safe to assume that the anime will follow the events of the graphic novels and not be some kind of sequel to the series. In a post that has now disappeared, Bryan Lee O’Malley posted on his official Instagram account a photo of an untitled project script with a date. This could possibly be alluding to there being a script (in some form) out there in written form. The show has not received a series order, meaning that the number of episodes and the episode lengths are still unknown. Because the last update on the project was in January of this year, it’s unclear where the project is now but it’s safe to assume we won’t be seeing the anime adaptation for a long time.