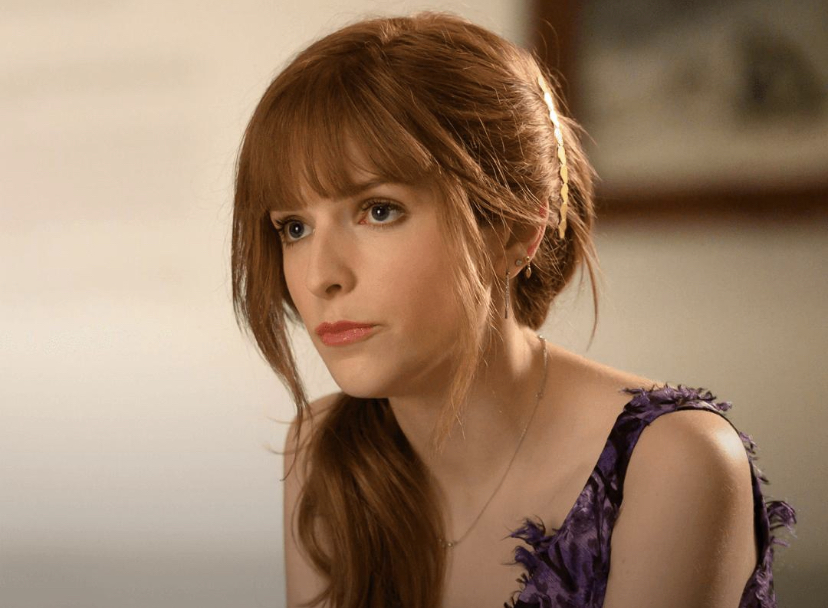 HBO Max has a new romantic comedy that has become a hit with audiences only days after the initial launch of the platform. Love Life, starring Anna Kendrick, was released on May 27 as an original scripted frontrunner for the new platform, and has already been drawing in lots of viewers, according to HBO Max.

The first three episodes debuted at once on the date of the launch, while the rest of the series was scheduled for episodes to air weekly, but there has been an update in the release schedule as a product of the audience response. Episodes four through six will now debut on June 4, while the last four episodes are set to air on June 11. HBO Max revealed the information about the schedule change in a press release, where they discussed the acceleration of the release of the remaining episodes.

“HBO Max audiences have fallen in love with Love Life,” said Sarah Aubrey, HBO Max’s head of original content. “It’s wonderfully gratifying to see that fans have immediately connected to the show and we are accelerating the release of episodes to meet their demand for more. We are thrilled to see Love Life emerge as one of the top performers of all content on Max and we love to be able to reward viewers who started watching on day one.”

While there has not been any specific viewer data shared, HBO Max asserts that there has been a “strong positive audience response” to its first scripted original installment, which largely factored into the decision.

Created by Sam Boyd, the series depicts the life of Anna Kendrick’s character, Darby, and her journey through several relationships over a few years, with each one taking place over one episode.

“Anna Kendrick stars in a fresh take on a romantic comedy anthology series about the journey from first love to lasting love, and how the people we’re with along the way make us into who we are when we finally end up with someone forever,” reads the description on HBO Max.

Kendrick herself described her character’s coming-of-age journey in an interview with NPR: “…she’s so insecure and clingy. And even when she tries to play it cool, she’s so bad at it. By the end, you know, she’s really a person that I aspire to be – you know, someone who is really clear on her priorities and boundaries and who she wants in her life.”

Recurring characters include Darby’s friends Sara (Zoë Chao) and Jim (Peter Vack), who are navigating their own relationship with each other alongside Darby’s quest for love. In addition to Chao and Vack, Kendrick stars alongside Sasha Compère, and executive produces with Sam Boyd, Boyd’s co-showrunner Bridget Bedard, Dan Magnante, and Paul Feig. Kendrick recently collaborated with Feig on the 2018 film A Simple Favor.

As an anthology series, the show is set to follow a different person each season, beginning with their first romance and concluding with their last, so there is definitely room for more to come with a new title character after the end of Kendrick’s first season.

This change in the release pattern of a show after it premieres is rare for the typical streaming platform, but HBO Max’s relative newness leaves room for working out any potential adjustments. Now, with the previously-planned eight-week release having been condensed into three, HBO Max is giving fans more of what they want at a much faster pace. This alteration is certainly a positive and welcome one for audiences as the show will now be much more “bingeable”, although HBO Max content chief Kevin Reilly had previously stated that the platform would follow the one episode a week release pattern that HBO uses.

“Our max original rollout strategy will also be curated based on the specific piece of content, but will largely mirror the weekly HBO release pattern,” he said. He noted that this sort of schedule was key in driving the success of other popular HBO shows. “Our creators also see the difference in rolling out shows gradually and letting them breathe. [Hits] like Succession and Chernobyl became part of the zeitgeist with a weekly release schedule, rather than fading quickly after a binge and burn.”

Streaming services such as Netflix and Hulu typically release shows by season with all episodes immediately available to stream, so getting episodes in chunks as opposed to one a week will be more along the lines of those patterns. While it contradicts the prior statements, the new method will certainly play a role in quickly satisfying audiences, hopefully not at the price of impacting the show’s staying power.

Related article: 1 Million Signatures to Renew Anne With An E – The Power of Positive Fandom
A vast array of content – Love Life

Produced by Lionsgate and Paul Feig’s Feigco Entertainment, Love Life was the only scripted original series geared towards adults that launched on HBO Max’s release date, of which its success on the platform may be attributed. Several other unscripted shows and children’s shows also premiered with the platform as “Max Originals”, including Craftopia, a craft game show, new Looney Tunes cartoons, Legendary, a ballroom culture competition series, and The Not-Too-Late Show With Elmo. In addition to these new originals, HBO Max offers a vast library of other content including Impractical Jokers, 2001: A Space Odyssey, Gone With the Wind, and Friday the 13th, along with many other films and television shows from WarnerMedia.

The first season of Love Life will wrap the week before HBO Max releases another set of original programming, planned for June 18. This next wave is set to include originals such as reality kids series Karma, the second season of DC’s Doom Patrol and the third season of Search Party, a recent acquisition from TBS.

The first six episodes of Love Life can now be streamed on HBO Max.