A Tribute to Taika Waititi: The Rise and Journey of this Multi-Talented Director 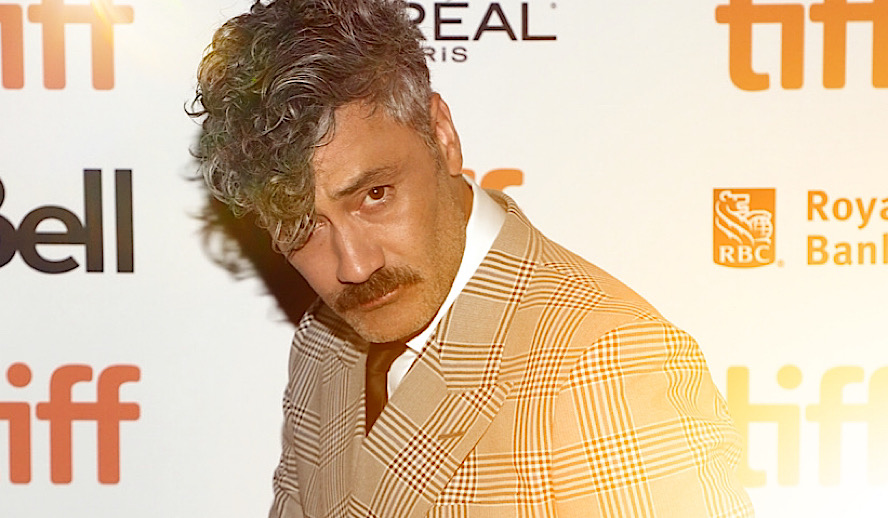 “You know if I can try and make it fun that’s, for me, what being creative is about. It’s about having fun and looking at life through a sort of lens of a child.” – Taika Waititi, Tedx 2010

Taika Waititi has been a household name in his home country of New Zealand since the release of the critically acclaimed ‘Boy’ in 2010. Now, that notoriety has extended globally, with the writer-director-actor’s hand in both the Marvel and Star Wars universes, and claiming an Oscar with black comedy ‘Jojo Rabbit’. This success will surely continue to grow as this original voice makes a name for himself in film and television alike.

Let’s take a look at the rise of Taika Waititi:

Like many directors, Waititi first made a name for himself in the world of short films. This included the Oscar-Nominated ‘Two Cars, One Night’ (which I very much remember analyzing in high school media studies) and ‘What We Do in the Shadows: Interviews with Some Vampires’, which was the basis for the 2014 feature and later the FX Networks’ television series.

Waititi’s first feature was the now cult classic ‘Eagle vs Shark’, starring Jermaine Clement and Loren Taylor as two socially-awkward misfits who stumble into love with one another. The 2007 film showcases the bones of what would become Waititi’s never-failing comedic style of storytelling. His knack for highlighting the darkness and self-deprecation that is New Zealand humor was further explored in ‘Boy’, which won multiple awards and was nominated for a Sundance Grand Jury prize in 2010. Waititi’s sophomore feature blended more drama into the mix in this tale of an eleven-year-old, devout Michael Jackson fan who is reunited with his criminal father and learns that, sometimes, adults are the ones who have the growing up to do.

Between his feature work, Waititi also branched into television, working on ‘Super City’, ‘The Inbetweeners’, and Kiwi favorite ‘Flight of the Concords’. The latter reunited him with Clement, with whom he would co-write his third feature. In 2014, nine years after the release of the short film, the world was gifted the hilarious gem that is ‘What We Do in the Shadows’. This mockumentary, which also stars Waititi and Clement, explores the lives of vampires living in Wellington and is arguably Waititi’s funniest work to date.

Arguably, because ‘Hunt for the Wilder People’ also has a strong claim to that title. This 2016 comedy follows the national manhunt, led by a persistent policewoman (Rachel House) for a rebellious teenager (Julian Dennison) who gets lost in the New Zealand bush with his recently acquired foster uncle (Sam Neill). This film took home a slew of awards, including six at the 2017 New Zealand Film and Television Awards, Best Film and Best Director among them.

Waititi cemented his claim as a star-worthy director when he landed a dream gig directing an installment in one of the most successful franchises ever: the Marvel Cinematic Universe. Waititi joined the MCU family to direct some of the biggest names in Hollywood including the all-star cast Chris Hemsworth, Mark Ruffalo, Tessa Thompson, Tom Hiddleston, Cate Blanchett, and the legendary Anthony Hopkins. This didn’t mean that Waititi abandoned his Kiwi roots, however, bringing along New Zealand actors Rachel House and Karl Urban for the ride. He also added his Māori accent to the film as the hilarious Korg, who would later cameo in the highest-grossing box office film of all time, Avengers: Endgame.

While the MCU has offered its audiences some extremely strong contenders, with ‘Captain America: The Winter Soldier’ and ‘Black Panther’ often cited as two of its strongest, the Thor franchise had often felt a little lackluster. The first served as a competent, if somewhat safe, introduction for the God of Thunder in time for ‘The Avengers’, followed on by a mostly forgettable sequel with an even more forgettable villain. Waititi breathed new life into the soon-to-be quadrilogy by allowing more of Hemsworth’s personality to bleed into the character even before the movie was released, as proved by the Team Thor shorts. Promotional material has never made us laugh this hard.

If landing the helm of a tentpole blockbuster wasn’t proof enough that Waititi is one of the greats of our time, the director scored himself the Best Adapted Screenplay Oscar for ‘Jojo Rabbit’, starring another MCU alumni, Scarlett Johansson. Based on the book ‘Caging Skies’ by Christine Leunens, this WWII satire follows the journey of aspiring Nazi Jojo and the young Jewish girl he finds hiding in his attic. The material may sound more like a hard-hitting drama than the source of comedy, with Waititi stepping into the role of Hitler as Jojo’s best friend jostling ‘tasteless’ bells, but somehow it not only works – it works exceptionally.

And he’s just getting started…

On May 4 (be with you) 2020, the Star Wars official site announced that Waititi would be directing and co-writing with Krysty Wilson-Cairns (‘1917’, ‘Last Night in Soho’) “a new Star Wars film for theatrical release.” This will be Waititi’s second foray into the Star Wars universe, having already directed the season one finale of the Disney+ show, ‘The Mandalorian’. Not much else has been revealed about ‘Untitled Taika Waititi Star Wars Film’, but we are surely guaranteed more of the auteur’s wit and humor in a galaxy far, far away, as shown in his public response to the news: “What???,” Waititi posted on his Instagram. “Ugh, as a longtime fan of Star Wars I’m so angry about what I’m about to do to ruin it.”

Waititi isn’t done with Marvel either, gearing up for the fourth Thor film ‘Thor: Love and Thunder’, which is due for release in 2022. If this wasn’t enough, he was also signed to write and direct the pilot for the TV adaption of the beloved Terry-Gilliam film ‘Time Bandits’. And we’re not even done covering Waititi’s upcoming projects yet! Also on the slate is ‘Next Goal Wins’, a sports comedy adaption of the 2014 documentary. The film was scheduled for a 2020 release but…well, we don’t really need to tell you why it was delayed, do we? Hopefully, this is a project, like ‘Black Widow’ and ‘No Time to Die’, that we will get to enjoy in 2021, preferably on the big screen.

Taika Waititi has soared into cinematic history, not only through talent and hard work but through kindness and goodwill towards those he works with. “He’s insanely fun,” Hemsworth told GQ. “But don’t mistake that child-like, frantic energy for someone who isn’t prepared. That’s quite a unique combination, that he has the ability to, through humor, put you at ease, but is also armed with all the knowledge that a director needs to lead you through the process.” In post #metoo-age, where the industry is at long last starting to crack down on misconduct and abuse both on and off set, Waititi’s attitude is a breath of fresh air. “I come from a country whose idea of masculinity is quite extreme,” he told the Independent. “And I’ve grown up around a lot of that energy. I’ve been part of that a lot. And it’s very draining; it’s quite tiring trying to be macho.”

What Taika film have you not seen yet? This director-writer-actor makes us laugh, makes us cry, makes us cry with laughter, and we can’t wait to see what he brings our way next.

We, at Hollywood Insider, will continue championing and supporting all your films Taika, please keep making us laugh and cry in your own signature style. Hollywood is made better with you in it.