A Tribute to Oliver Stone: The Oscar-Winning Hollywood Director & Writer 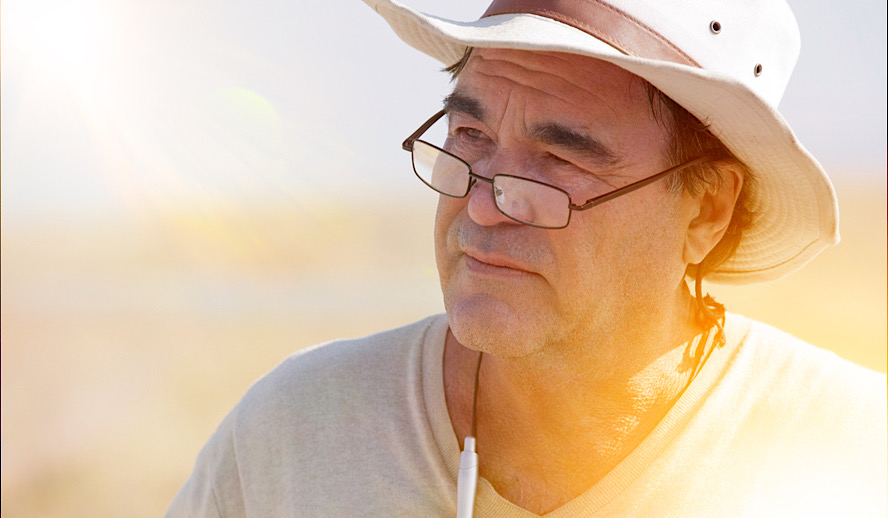 As a tribute to Oliver Stone on his birthday, Happy Birthday Mister Stone!

Oliver Stone is the legendary filmmaker behind many spectacular films. His career spans decades, and his work has covered pivotal moments of history. Stone was born in New York City in 1946, where he spent a lot of his youth. He attended Yale briefly before dropping out to teach English in Vietnam. Stone went back to Yale for a short period before dropping out again and enlisting in the U.S. Army during the Vietnam War in 1967. He was a decorated soldier for his service, and when Stone returned to the States, he enrolled in NYU’s film school, where one of his teachers was Martin Scorsese.

On a Joe Rogan Experience episode, Oliver Stone discusses a period before success, where he was broke, depressed, and wrote twelve screenplays, yet nothing had happened. Stone’s first few involvements in film involved writing and directing the horror movies Seizure and The Hand. His big breakthrough occurred between these two films with the screenplay Midnight Express, which won him the Academy Award in 1979 for Best Writing – Screenplay Based on Material from Another Medium. On the podcast, Stone describes himself as a writer from the beginning, and that is shown in his early successes with Midnight Express, Conan the Barbarian, and Scarface.

Oliver Stone’s time in Vietnam during the war heavily influenced his film Platoon. Platoon tells the story of a young soldier in the Vietnam War who faces a moral crisis when confronted with the horrors and the man’s duality. The film was a huge success winning four Academy Awards, including Best Picture, Best Sound, Best Film Editing, and Best Director for Stone. The film was also nominated for an additional four awards, including Best Writing – Screenplay Written Directly for the Screen for Stone, Best Cinematography for Robert Richardson, and Best Actor in a Supporting Role for the remarkable performances of Willem Dafoe and Tom Berenger.

While Platoon was a massive success as a movie, it was also a chilling depiction of the Vietnam War and showcased what could be done in the medium of film. It also wasn’t his only film of the year dealing with a political topic either. Stone’s film, Salvador, depicts El Salvador in 1980 and follows an American journalist, played by James Woods, as he gets caught in a political struggle. The film received two Academy Award nominations, Best Actor in a Leading Role for Woods and Best Writing – Screenplay Written Directly for the Screen for Stone.

The late 80s and early to mid-90s brought more acclaim and success for Oliver Stone’s films. Following Platoon was Wall Street. Stone directed and wrote the film that starred Charlie Sheen and Michael Douglas. Douglas was the only one who received recognition at the Oscars with his nomination and win for Best Actor in a Leading Role, but the film made a stark statement on the culture of Wall Street. “Greed is good,” is a line from Michael Douglas’s Gordon Gekko. This sentiment was shared with Charlie Sheen’s character Bud Fox, a young stockbroker, but Fox eventually came to see the travesty behind the statement. Stone’s old teacher Scorsese showcased a story of similar pitfalls that are still idealized by parts of society in his film The Wolf of Wall Street.

Stone’s last Oscar win was Best Director for his film Born on the Fourth of July. This biopic focused on the life of veteran Ron Kovic. Kovic, played by Tom Cruise, was paralyzed during his tour in Vietnam, and upon returning to the States, became an anti-war and pro-human rights activist after feeling betrayed by the country he fought for. The film was nominated for a total of eight Academy Awards, including the win for Best Director. While it was the last win for Stone, it wasn’t the last film that made waves at the Oscars.

The next two films that garnered Academy Award nominations for Stone were JFK and Nixon. JFK tells the story of New Orleans District Attorney Jim Garrison and his investigation of President Kennedy’s assassination. The film was up for Best Picture at the Oscars as well as Best Director and Best Writing – Screenplay Based on Material Previously Produced or Published for Stone. Nixon was a biopic that chronicled the life of Richard Nixon from his childhood to the end of his presidency. The film was nominated for four Academy Awards including, Best Writing – Screenplay Written Directly for the Screen.

Many of Oliver Stone’s films cover pivotal moments and periods of history. While his movies following Nixon weren’t recognized at the Oscars, Stone’s perseverance in stories about our history is a great credit to the depth and meaning that he brings to filmmaking. His roles as a Producer, Director, and Writer brought many phenomenal stories to the forefront of cinema. Stone has continually contributed to the medium since he broke into the industry, and his body of work consistently pushed the boundaries of what film could capture.

In addition to his many great films, Stone’s dive into documentaries and television series allowed him to explore areas of history in even more depth. The Untold History of the United States covers over sixty years of American history. The ten-part series is supplemented by the 750-page New York Times bestseller companion book of the same name. Stone’s latest book Chasing the Light: Writing, Directing, and Surviving Platoon, Midnight Express, Scarface, Salvador, and the Movie Game, is a memoir about his complicated childhood, volunteering for military combat during the Vietnam War, and his struggles and triumphs of his early films through Platoon. We hope that he will write a sequel in the near future to bring his story up to date.

Oliver Stone’s filmography is vast. No matter what your preferences are, most likely, there is a film of his on your list of all-time great movies. His films have covered music (The Doors), sports (Any Given Sunday), culture and society (Natural Born Killers), and as we’ve discussed thoroughly, history. Stone’s contribution to film is immense, and there are many of his works that you can explore.

Oliver Stone turns 74 today on the 15h of September. We hope that Stone continues to share his essential and brilliant work with the world for many more years. Happy birthday, Mr. Stone.