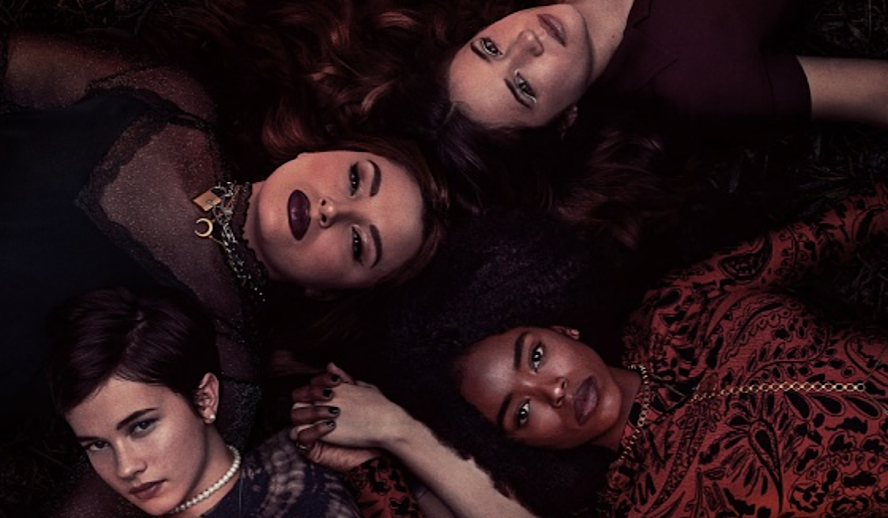 Halloween is finally upon us! The spookiest time of the year has been a cherished one for those who love to get dressed up, go out, and make memories on a night out with friends that is sure to be full of wild celebration and chillingly good fun. Unfortunately, the 2020 Halloween season looks a little different from those of past years. Instead of handing out candy to children, parents are opting to leave socially distanced bowls of snacks, and instead of going out to raging parties, young adults will be staying at home watching their Snapchat memories from parties of Halloween past, mourning the death of nightlife. It is futile to deny the overwhelming anticlimax of this year’s All-Hallow’s Eve; however, we are fortunate to be living in a time where we can bring Halloween inside our homes with us as several spectacularly supernatural films have been released this stubbornly festive month.

Of the many films that have taken advantage of the closing of movie theaters in the midst of the COVID-19 pandemic, ‘‘The Craft Legacy’ is of the most anticipated. There’s nothing like watching a scary witch flick in late October, and while many films have preferred to play the waiting game with the coronavirus in hopes of an eventual theatrical release, the decision to skip the theaters and distribute The Craft: Legacy to On-Demand exhibits the hankering audiences have for Halloween fun, even in the most daunting of times.

This tremendous excitement for the horror sequel is a product of the cult following the original 1996 film, The Craft, generated upon its release and has continued to amass in the past couple of decades since. A female-led 90s coming of age flick turned horror, The Craft instantly captivated audiences with its enchanting cast and horrifying story. The movie follows four catholic schoolgirl outcasts who find friendship, and witchcraft capabilities, within one another. As the group bonds, their power grows, but the story takes a dark turn when one of the girls begins to abuse her control of witchcraft and evolves into a threat to not only the group of friends but to the entire world. The Craft is emblematic of the perfect Halloween film as it provides satisfying thrills, mythical folklore, and unapologetic camp! The adoration this film has received over the past decades is easily justified, and in an era of colossal demand for nostalgic reboots and sequels, many have been concerned that a follow-up film would not live up to the legacy of the original. Luckily, The Craft: Legacy finds great success in telling a story inspired by its predecessor but entirely of its own time.

The Magic of Gen Z Witches – ‘The Craft Legacy’

Everyone loves the original Craft film; however, it is the new direction of The Craft: Legacy that allows this sequel to bewitch both new and returning audiences. The most striking difference between the two films is the extremely socially progressive influence of the sequel based on modern times. The 1996 Craft film felt radical in its empowerment of ostracized and belittled women as they reclaimed the ownership of their narratives from misogynistic bullies. Although this is impressive and inspiring for a film of its time, The Craft: Legacy handily shows out its predecessor when it comes to revolutionary content. Representation is at the forefront of this progress as the main cast includes queer and trans characters, a realistic reflection of modern friend groups that is often neglected on film screens. Rising star Zoey Luna is a Trans actress who portrays Lourdes, one of the four main witches. While Lourdes’ character is generally supportive rather than central to the story, the inclusion of a Trans main character is essential in creating progressive representation in media and more powerful than any witch’s spell could be.

On top of featuring and legitimizing characters of diverse identities, The Craft: Legacy additionally used its story to convey the power of sisterhood. The group of friends comes together after the main character, Lily, is mocked for having her period. Lily runs to the bathroom, embarrassed and distraught; however, the three witches find her and provide genuine support. They assure Lily that she should not feel any shame about her body, and from there the four become a sound source of earnest encouragement for one another. As the group spends time together practicing their burgeoning magic, the girls realize their witchcraft is much stronger when they are united as one. This is acutely representative of the message of The Craft: Legacy, when women of all backgrounds unite, they can defeat any evil.

The final element that is most stunningly distinct from the 90s original film is the antagonist. Without revealing too much, Legacy makes it apparent that toxic masculinity is the crux of modern evil. The original Craft film resulted in the group turning against one another and becoming the calamity they initially galvanized against. This sequel focuses on the external threat of the effects overwhelming masculinity has on society. The concept of toxic masculinity addresses the crisis that arises when men are coerced into withholding emotions deemed as “weak” or overtly feminine. An example of this issue is displayed in The Craft: Legacy when David Duchovny’s character insists his son resists crying in the aftermath of a tragic event. Anger replaces the son’s anguish, a common result of toxic masculinity. Legacy’s focus on this modern crisis proves the film’s salient tone and solidifies it as one of this year’s must-watch films in terms of outstanding relevance.

After spending a great deal of time analyzing all of the new elements The Craft: Legacy has infused into the emerging franchise, it is also essential to acknowledge the plenty of facets of this film that will satisfy the nostalgic fans of the original. Although Legacy does an impeccable job adapting the story of The Craft to the 21st century, the pure witch-horror spirit of the original remains intact in this sequel. What makes these films so fun and exhilarating to watch during the Halloween season is their total devotion to the lore of witchcraft and intertwining it with the horror genre. Blumhouse succeeded in maintaining the wonder of four high school girls discovering their powers of witchcraft, one of the most charming elements of the 1996 film. The exploration of The Craft universe’s understanding of how witchcraft works is indeed expanded in this film, building upon the original instead of polluting it. Many questions that fanatics of The Craft have held in their hearts over the past 24 years are finally answered in the sequel, proving the reverence the producers of Legacy carry for the original film. With several nods to the original, a gratifying amount of horrific surprises, and a profoundly forward-thinking addition to witchcraft lore, The Craft: Legacy delivers on its title and validates itself as a worthy entry to an iconic Halloween-time franchise.