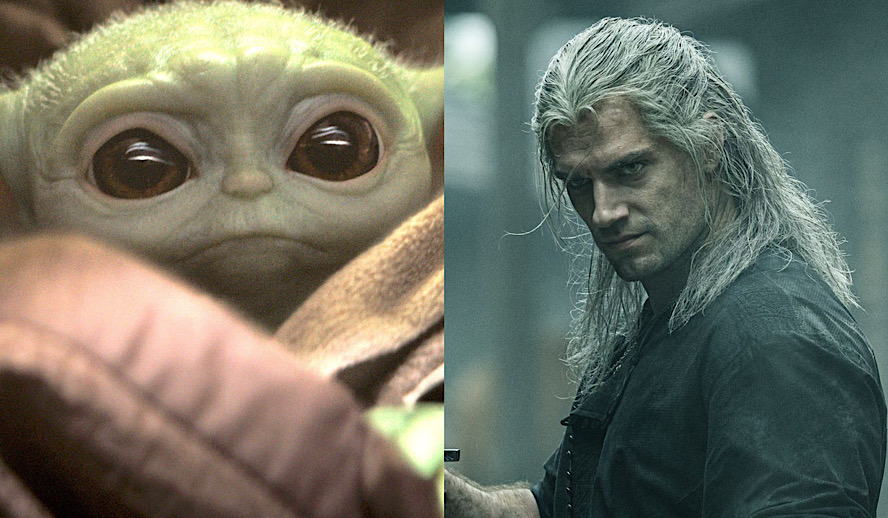 Photo: Baby Yoda from ‘Stars Wars: The Mandalorian’/Disney+ and Henry Cavill from ‘The Witcher’/Netflix

The Mandalorian had taken over pop culture across the world for the past couple of months.  Meanwhile, for the entire year, fantasy fans have been waiting on The Witcher, a series that will hopefully fill the Game of Thrones void. But upon the release on Netflix, the conversation carried on for several days, and then it seems to have vanished.  What happened? It is undeniable that The Mandalorian was Disney’s flagship title when launching their streaming service, Disney+, and it is one of the primary reasons many people flocked to sign up so quickly.  All people can seem to talk about nowadays is Baby Yoda and the masked bounty hunter.  But why? It cannot be just because it is Star Wars.  They both have mass appeal and were marketed well. Yet, only one has succeeded in perpetuating an ongoing conversation.

The binge model does not allow for speculation or ongoing conversation

The answer lies in the way that these streaming services release their titles.  Yes, people complained at first that Disney would be releasing their shows on a weekly basis.  But, in reality, this is what is keeping people interested, and continuing a conversation about their content.  On the other hand, with Netflix’s model customers binge all of their content in one sitting. Essentially, the Witcher has become an eight-hour movie.  On the day of The Witcher’s release, fans were already discussing the final episode and posting spoilers around the internet.  On the other hand, The Mandalorian’s weekly release style, allowed for speculation. Even with own my friends and family, we watched and talked through each episode, leaving us wondering and asking for more.  The binge model does not allow for that. There is no speculation, wondering, or begging for more, because it gives you instant gratification right away.. There is no continuing conversation, because everyone already knows the answers by the end of the day. Mystery is banned. Isn’t mystery one of the most important parts of fllm and TV?

Reactions From Stars on The Mandalorian

Behind The Scenes – The Mandalorian

Video: Reactions From Stars and Behind the scenes of ‘The Mandalorian’/Hollywood Insider YouTube Channel

With the Mandalorian, there was excitement, mystery and wonder.  Fans debated endlessly over which turn the show would take, or what they would like to see.  Will we see Baby Yoda in The Rise of Skywalker? Will it connect? Will IG-11 come back? These kinds of conversations cannot be had in a show such as The Witcher, where fans race to the end to either find the answers or to avoid spoilers online.  It is a shame because the Witcher is a fantastic, engaging, and a thoroughly thrilling fantasy show.  It could possibly have been more present in our minds if we, as audience members, had more time to contemplate each episode.  If only Netflix allowed for a release model that leaves a little thread hanging each week to keep us engaged, coming back, and excite for more. Think about it? If you were given all the chocolate in the world to finish now, would you still love it as much as incrementally eating it?​