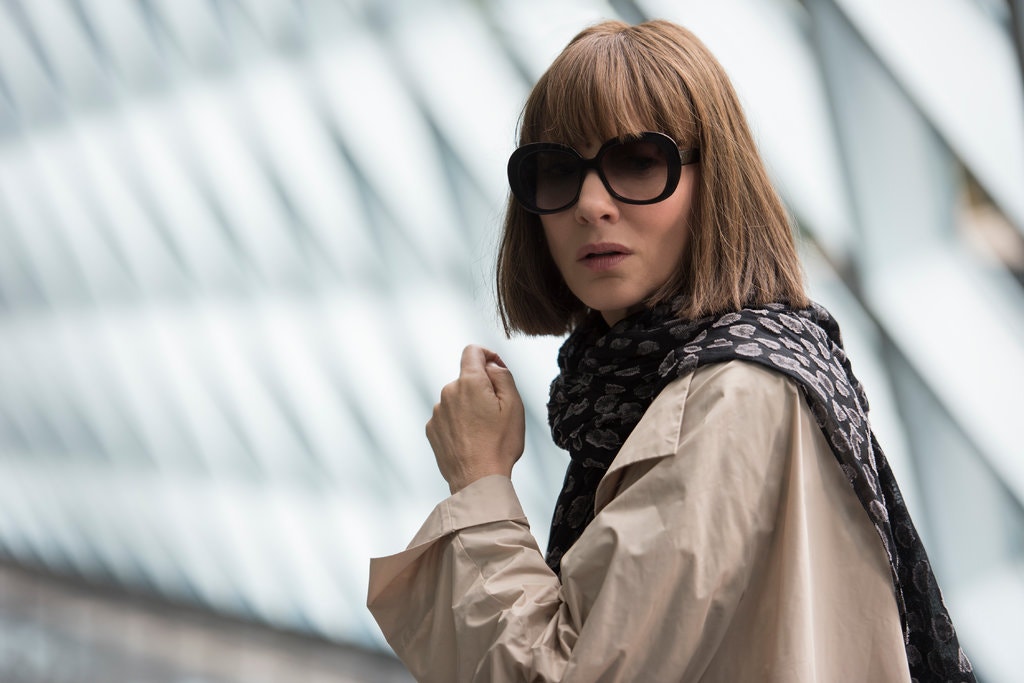 Where’d You Go Bernadette is a heartwarming film directed by Richard Linklater, based off Maria Semple’s extraordinary novel about a young teenage girl, Bee Branch played by Emma Nelson, who is trying to put together the subtle clues of where her mysterious mother, Bernadette Fox, played beautifully by Cate Blanchett, has disappeared off to. Bernadette is an eccentric yet successful architect who doesn’t get along with the snobby mothers at Bee’s school nor likes leaving the house very much. When Bee gets a perfect report card and asks her parents for a trip to Antarctica, Bernadette goes missing shortly after which may or may not be coincidental. Bee’s home life goes to shambles when she unhappily gets sent off to a boarding school and her father, Elgie, played by Billy Crudup, starts having an affair with his assistant, Soo Lin, played by Zoe Chao. This story is not only about Bee trying to figure out where her mother went, but what kind of person her mother is.

In this film, we get a glimpse of what it’s like to live in a city in this day and age where it’s all about technology and keeping up with trends. It should be noted that the cinematographer, Shane F. Kelly, does an outstanding job of portraying Seattle’s suburban beauty from the beautiful red brick houses, rich forests, and the elegant architecture. Seattle is also one of the most technologically innovative cities in the country. This seems to make Bernadette anxious not only socially, but in her career. She was once a huge success in her career, but finds herself in a rut within her projects. She’s explicitly told that “People like you must create. If you don’t, you become a menace to society”, as if to apply this statement to all artists in modern day society. Bernadette seems to have a soft spot for the old fashioned things in life and being married to the Seattle king of technology doesn’t make these rapid changes easier to ignore. New computer software, new women, new schools. Things are changing fast in Seattle and in Bernadette’s life which results in her agoraphobia.

Bernadette has the perfect life on the outside: a successful career, beautiful home, handsome husband, and perfect daughter. However, she keeps a lot hidden, perhaps making their noble house a metaphor for her life. No one really seems to understand Bernadette, especially her neighbor Audrey, played by Kristen Wiig, who she is constantly feuding with over property rights. Her behavior is very inconsistent and she is most definitely agoraphobic yet we can’t really blame her due to the unwelcoming attitudes of the women in her community who seem to be more jealous of her than anything. But abandoning her husband and daughter with no explanation is a complete act of madness even for her. The mental illness aspect may be subtle due to her lovable personality but it shows through her reckless actions such as nearly running over Audrey’s foot. Nevertheless, her family’s unconditional devotion to find her speaks volumes about their familial bond. The film portrays the struggles of what families with mentally ill members go through out of love for each other; there are so many people out there like Bernadette and even worse but there’s a beauty to having unconditional loyalty and love for family regardless of their actions. Even after Elgie has his affair (as infuriating as it is), the family inevitably decides to forgive him and work to move forward as a unit, accepting each other’s imperfections.

Looking From A Feminist Lens

As unlikable as Bernadette may be created to be, we can’t help but admire her at the same time for overcoming her fears and creating her own destiny. She’s constantly portrayed in beautiful clothing, architecture, and an environment that creates a stunning outlook of her. Not only this, but her personality is incredibly blunt and carefree which clearly isn’t everyone’s cup of tea. But she is her own woman and Bee justifies her actions by stating that “…she got so focused on her family that she forgot about herself.” She has to muscle through a lot in her hometown with being surrounded by judgmental women, shady assistant, and then a cheating husband. Her character is primarily a very intelligent, creative person who has many interests, not like what others may think. She refuses to keep on “living the Seattle life she never wanted”  and disappears, making everyone else deal with her absence. Bernadette is a radical woman who represents a radical example of a feminist mother, creating her own path in life. Whether Bernadette did a good thing by putting herself first or a bad thing by abandoning her – you be the judge of that. A must-watch!