Lost in Space: Why ‘Lightyear’ Doesn’t Quite Take Off 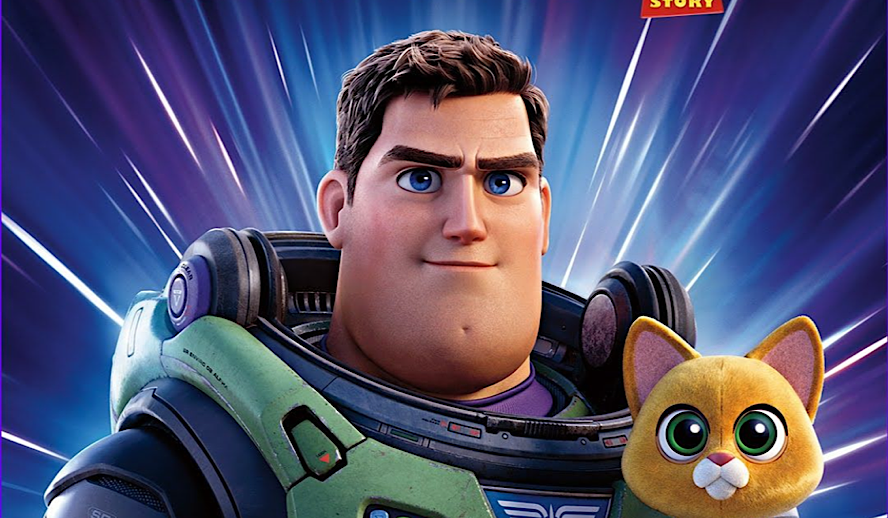 As in ‘Toy Story’ 27 years ago, Buzz Lightyear enters the film ‘Lightyear’ in full swing. Once again, Buzz (Chris Evans) lands on “a strange planet” where “the terrain is a bit unstable,” this time accompanied by Alisha Hawthorne (Uzo Aduba), his commander who teases him about constantly keeping a mission log.

Unfortunately, Buzz’s bravado and language are far from the only things ‘Lightyear’ borrows from ‘Toy Story.’ Buzz follows the same character arc, learning that he can’t do everything alone and he’s only one person in a big universe. This character breakdown that ‘Lightyear’ spends a tiring amount of screen time achieving has already been achieved. If you’re a fan of ‘Toy Story,’ the line “You. Are. A. Toy!” probably lives somewhere in the back of your head, clear as day in the voice of Tom Hanks. That moment between Woody and Buzz (Tim Allen) and the iconic “I am Mrs. Nesbitt” tea party scene together make up a far more compelling existential crisis than anything in ‘Lightyear.’

The visual details of ‘Lightyear’ are impeccable. The animation is gorgeous, and the character designs are distinct. Props must be awarded to the creative team that did the heavy lifting and made this film the best version of itself it could possibly be. The trouble lies in the story itself. Caught somewhere between character study and buddy comedy, ‘Lightyear’ seems desperate to please everyone, and winds up feeling like a lot of beautiful, empty space.

Rendezvous at the World Premiere of ‘Lightyear’

At the beginning of the film, Buzz and his crew become stranded on the “strange planet” mentioned before, forcing them to seek materials to recreate the crystal that enables their ship to enter hyperspace–a fun callback to ‘Toy Story,’ when Buzz refers to “crystallic fusion.” After years marooned, the team has built an outpost and mined the necessary resources to create a crystal. They need to do a test run, and who better to pilot the test than Space Ranger Buzz Lightyear? The first test is a failure, and Buzz realizes that the closer he gets to the speed of light, the slower his time passes in comparison to his marooned crew, meaning that they age while he stays young.

It’s a classic sci-fi scenario, rich with meaningful questions, and the montage that sees Buzz continuously testing crystals while the people around him lead entire lives is a profound one. Unfortunately, when Buzz finally surpasses the speed of light, the movie only keeps pace for so long.

The movie opens with a title screen claiming this to be the movie Andy saw that made him so excited about Buzz Lightyear, so after a sharp opening sequence, we have been made to expect the answers to some big questions: What was the intergalactic thrill ride that so enamored Andy? What amazing feats did Buzz accomplish?

‘Lightyear’ answers its own charge with about five scenes in a row on the importance of being able to learn from failure, and all of those scenes take place on the same planet, and in all of Buzz’s heroism consists in not getting too upset with a ragtag team of rookies.

Full Commentary from Cast & Crew on ‘Lightyear’ | Making of & Reactions

We Have Liftoff! Where’s the Payoff?

Right when Buzz finally starts to gel with his team of misfits, he’s beamed up to the Zurg ship, where Zurg (James Brolin) reveals his true identity in a twist that makes the already small scale of the story feel even smaller. Zurg plans to reverse time, which would rewrite the lives of everyone marooned on the strange planet, maybe even preventing the existence of Buzz’s team. What a selfish, dastardly thing to do! If this were in fact the movie Andy obsessed over as a kid, this would be the part where Buzz lasers his way to victory with cool taglines to spare. But this is not that movie.

I should not be saying this—I certainly never expected to—but there’s not enough yelling. What’s missing from the climax of the film is energy, specifically from Buzz. At this point in the film, there’s no lack of character depth in Buzz Lightyear, and despite being bogged down by a redundant story, he’s still the iconic character we know and love. His suit still rocks. His job is still cool. He’s just way too nonchalant and grumpy to feel like a kid’s favorite character. He is very obviously supposed to resonate with adults, and it makes the finale a bit of a bore.

The irony here is that the final action sequence is one of the best-written parts of the movie. There’s a teleportation device with clearly established rules so we can understand the logic of the team’s escape. Hawthorne’s granddaughter Izzy (Keke Palmer) overcomes her fear of space, Mo (Taika Waititi) and Darby (Dale Soules) find ways to make themselves useful, and Buzz finally completes his much-belabored character arc. It would be incredibly gripping if the stakes were higher, but the entirety of the mission turns out to hardly matter and you can sense its general unimportance while it’s happening.

The most gripping moment is Izzy’s confrontation with fear, which is handled superbly. I don’t think I’m alone, though, in wishing that the rest of the movie felt so viscerally important. Buzz Lightyear, who Andy loved so much that he almost replaced Woody, should have bigger, cooler things to do than chase his own ego in Sisyphian circles.

SOX Is Coming Back

It’s not officially confirmed by any Disney execs or anything, but SOX, voiced by Peter Sohn, is absolutely coming back. The lovable and hilarious robot-cat companion given to Buzz to help him cope with his circumstances makes ‘Lightyear’ a significantly more enjoyable watch. I suspect that SOX, in the merchandise-hungry hands of Disney, will become a bit of a breakout star in a manner similar to the minions from ‘Despicable Me’ or Scrat from ‘Ice Age.’

Companion characters like SOX are not easy to get right. Funny bits can quickly become annoying distractions, and when it goes heinously wrong you end up with a Jar Jar Binks situation. Luckily, the companion in ‘Lightyear’ will have you grinning from ear to ear.

Until SOX’s inevitable return, you can look forward to more from the stars of ‘Lightyear.’ Chris Evans will appear in the latest effort from the Russo Brothers, ‘The Gray Man.’ Keke Palmer will star in Jordan Peele’s newest horror film ‘Nope.’ Taika Waititi has directed a Thor movie for the second time, ‘Thor: Love and Thunder,’ which will hit theaters next week on July 7th.