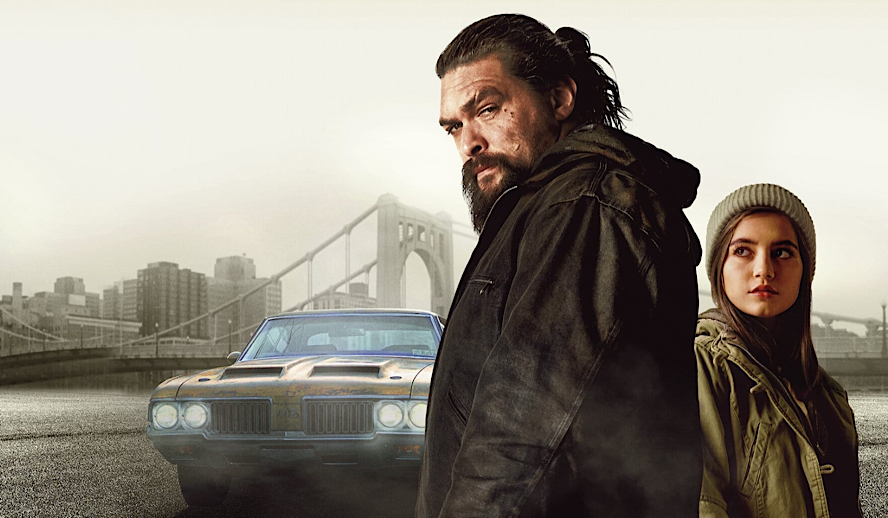 Revenge at a Cost

From director and producer Brian Andrew Mendoza comes ‘Sweet Girl’, a revenge action-thriller that was released to Netflix this past Friday. The film follows Jason Momoa as Ray, a father who recently lost his wife, as he embarks on a quest to bring justice to those responsible for his wife’s death while also protecting the only family he has left, his daughter Rachel portrayed by Isabela Merced. The film attempts to find a spot somewhere between the styles of other revenge thrillers such as the recent Liam Neeson film ‘Cold Pursuit’ or the Keanu Reeves film ‘John Wick’, trying to offer surprises and thrills while also delivering on the common expectations and conventions of the subgenre.

‘Sweet Girl’ is a very mixed-bag — at its best it offers compelling performances, great stunt work, and some genuinely unexpected twists. However, there are some pitfalls the film, unfortunately, falls into regarding generic tropes, distracting editing, and some convoluted elements in its plot. Since the film both impresses and disappoints at the same time in different areas, it’s hard to get a read on it and leaves the viewer conflicted after the viewing of the film.

The film is, for the most part, very well put together — the establishing shots have sweeping cinematography that was very aesthetically pleasing to the eye. These sweeping, slick shots only heighten the excellent locations the film is shot. From dense cities with blinding lights, to beautiful woodland areas, to the Pittsburgh Pirates ballpark, the filmmaker knows how to place the characters of the film in areas that will only improve the scenes overall. The score of the film is one that is intense and exciting as it pounds over the action sequences. While not all the action sequences live up to one’s expectations, one that stands out as especially well done is a fight sequence in a hotel that is very white-knuckled.

What can be said for all the action sequences is there is an effort to have the action be very in your face which gives the audience a sense of claustrophobia that worked well. The stunt performances in the film are expertly done in both the fight sequences as well as some of the scenes that require vehicle stunts, specifically one with an ambulance. While some of the shots look typical for a film like this, they are by no means easy to achieve so credit is due to the stunt team for pulling them off. The film is directed very well — having worked together before on films such as ‘Road to Paloma’ and ‘Braven’, it is clear Mendoza and star Jason Momoa have a relationship which translates well into the performances.

What Worked Continued: Performances and Characters

Momoa is excellent in the lead role. While his character is not as bombastic as his performance as Arthur Curry in ‘Aquaman’ and ‘Justice League’, the ‘Game of Thrones’ star brings an intensity and physicality to the action sequences and a heart to the more emotional moments between him and his daughter. Portrayed by Isabela Merced, star of ‘Dora and the Lost City of Gold’ as well as ‘Instant Family’ with Mark Wahlberg and Rose Byrne, the character of Rachel is an integral piece of this film. Merced does an excellent job with this performance rising to the occasion in terms of both the emotional moments and the action sequences. Merced is truly the heart of the film and has the most compelling arc by far.

Some supporting performances that stand out included Justin Bartha, who starred opposite Nicolas Cage in the ‘National Treasure’ films, and Manuel Garcia-Rulfo who portrays the main antagonist of the film. Garcia-Rulfo, who starred in ‘The Magnificent Seven’ with Denzel Washington and Chris Pratt, gives what may be the most memorable performance in the film. His character, while clearly the “bad guy”, has a softness to him — his character’s back story and motivation was very intriguing and offered a more well-rounded character as the menacing figure Momoa gets to go toe to toe with.

A scene between Garcia-Rulfo and Momoa at a diner stands out as the most impactful scene in the film. There is a reveal in the film regarding one specific character that was a genuine surprise — while it may take a rewatch to see if it actually makes sense, coming off a first viewing one can only commend the filmmakers for taking a risk and striving to go for the unexpected.

The film has a bit of an issue framing its action. Several times through many of the action sequences the jump-cut style and shaking camera became distracting and made some of the action hard to focus on. What makes this all the more frustrating is that I can tell there is great stunt work on display, it’s just hard to focus on it with the style of how the sequences are constructed. While it is commendable that the filmmakers wanted to offer a style to their action, finding a way to more passively shoot the action sequences would have worked better for me.

Some scenes in the film also seem to go big when a quieter, smaller moment may have been more effective. While this critique is not true for all the emotional scenes in the film, there were a couple that struck me as too much. Finding ways to craft more emotional scenes like the one towards the end with Momoa and Merced on a bench would have aided the overall emotional impact of the film. The last main critique of the film is that its plot at times becomes very convoluted with who is working for who and why everyone wants what. There are many characters in the film that all have specific motivations but many do not get enough time to make their intentions known or have a great impact on the story. Focusing up the motivations of many of the opposing forces in the film could have made those characters much more memorable and engaging.

‘Sweet Girl’ is a film with many ups and many downs. While trying to balance surprises and subversions with classic action-thriller revenge tropes, the film struggles to find its footing. Bolstered by great performances from its cast while also being let down by some of its stylistic choices and plot conventions, the film nets out to a very mixed bag. While not regretful of my watch, I do not see myself revisiting the film anytime soon despite the filmmaker’s clear indication that they would like me to. If you were looking forward to the film, I would encourage you to give it a watch to form your own opinion. However, if this film was not already on your radar, I would not go too far out of my way for it.