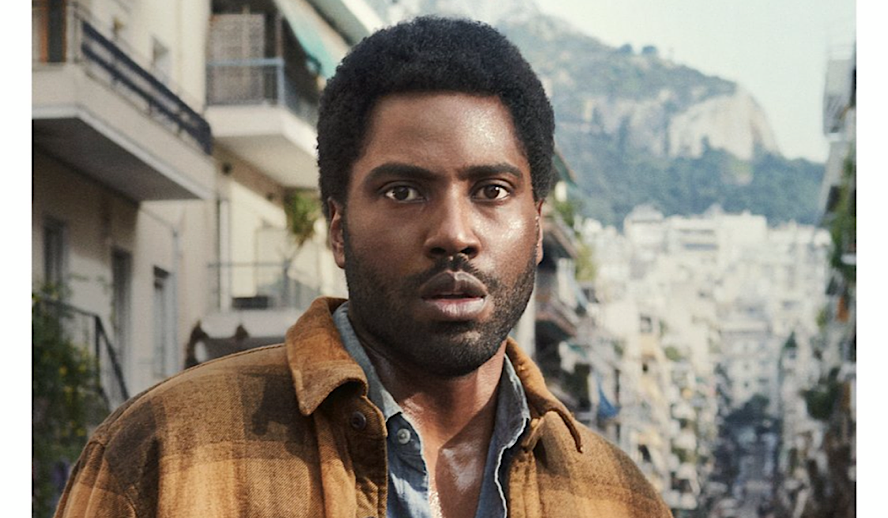 Have you ever visited another country and thought, “What if I was stuck here?” Imagine being trapped in a place foreign to you with no way to access your friends and family. It’s a scary thought, being forced to navigate and figure things out mostly on your own. Personally, I’ve barely left the United States, but one of my greatest fears is the idea of being trapped somewhere unfamiliar. And with ‘Beckett’, those fears come to life.

‘Beckett’, directed by Ferdinando Cito Filomarino, is a film about a vacation where everything that can go wrong, does go wrong. This high-octane thriller stars John David Washington in the titular role as he runs, sneaks, and fights his way through Greece just to try and get back to the United States. It’s an enjoyable action-drama that highlights the complicated nature of being stuck in a world foreign to your own and trying to escape. While it balances that aspect pretty well, thin writing prevents this film from being a truly spectacular thriller. But still, it’s fun and John David Washington gives a great performance that’s worth seeing by anyone who’s a fan of his work.

The film follows Beckett, an American tourist who’s on vacation in Greece with his girlfriend, April (Alicia Vikander). Together, they’re having a perfect time together, enjoying each other’s company, trying different cultural foods, and seeing the beauty of the country. Everything changes when the two get into a tragic accident that changes Beckett’s life forever and puts him at the center of a dangerous manhunt. Now, forced to run from people trying to hunt him down, he must find his way to the U.S. embassy in Athens to get home without getting killed. As things escalate further, Beckett finds himself diving deeper and deeper into a political conspiracy that he is very ill-prepared for.

To sum it all up, ‘Beckett’ is an extreme case of being at the wrong place at the wrong time. The movie starts off letting the audience see the cute little romantic world that the couple are in, and by the end of the first act, everything comes crashing down in ways that our protagonist would have never even imagined. John David Washington does an incredible job of bringing this film to life with his performance as Beckett. He’s no stranger to action films, just recently starring in Christopher Nolan’s time-bending sci-fi thriller ‘Tenet’, of which he was widely praised for his performance. As Beckett, he brings a sense of pathos that drives the film, with his character’s emotional state being what gives him the grit and the courage to survive. Washington brings a perfect balance of “action hero” and “terrified tourist” that make ‘Beckett’ feel believable while also an enjoyable ride.

Alongside him is Alicia Vikander, whose portrayal of April is integral for the film. Her scenes with Washington are stellar, as the two make their relationship feel real and authentic. Together, they feel like an actual couple of tourists on a romantic getaway. Both stars have great chemistry together that stands out and lays the emotional groundwork for Beckett as a character and the film as a whole. Also, starring is Boyd Holbrook as Stephen Tynan, an employee of the U.S. embassy with his own agenda, and Vicky Krieps as Lena, a political activist who helps Beckett on his journey to the embassy. These supporting cast members help liven up the world of ‘Beckett’ and help shape our hero into who he is by the end of the film.

But despite the other actors, this is definitely Washington’s film, and he owns his role with ease. Because of him, we see Beckett as more than just a man trying to escape, but a man who’s been through the worst day of his life and will do what it takes to get home. His performance elevates the film from a generic action-thriller to more of a character piece, something that is a definite improvement. See, with ‘Beckett’, the writing is a bit of a double-edged sword; There are certain aspects of the script that are interesting creative choices, but there are also certain aspects that bog the film down and make it feel less real.

One aspect that worked well was Beckett’s characterization. Usually, in most action movies, the protagonist is a person with experience in combat, someone who’s either highly skilled in fighting or knows how to handle a gun. Beckett, as a character, is nothing like that. He’s just an average tourist from another country. He doesn’t have “a particular set of skills” or anything of that nature, he just came to Greece to spend time with his girlfriend and got caught up in the wrong situation. That helps make ‘Beckett’ feel believable; All the fight scenes don’t look completely like choreographed sequences, they feel real. You could put mostly anyone in Beckett’s place here, and the situation would still be the same. Part of that is due, again, to Washington’s skilled performance, but a lot of that can be owed to smart writing.

On the other hand, the story gets more convoluted as the film goes on. There’s a lot of questions that aren’t given answers in the beginning, but that’s acceptable. Beckett is confused and disoriented, and the audience is supposed to be as well. But as Beckett falls further into this political plot that’s at the center of the whole story, there are too many questions and not enough answers to make the ending feel completely satisfying. Answers are given that help piece the story together, but by the time the credits rolled, there were still plot threads left dangling and plot choices that didn’t make much sense in retrospect. While there may have been smart characterization within the writing, the story would have benefited from being a bit less by the numbers and more of its own thing.

Still, ‘Beckett’ is a fun action-thriller that should satisfy any fans of the genre, or any fans of John David Washington for that matter. Getting him to play the main character was a great casting choice that helped carry this film, and given his powerful performances in films like ‘BlacKkKlansman’ and ‘Malcolm and Marie’, he has a bright future ahead of him. While the writing proved to be beneficial and unhelpful for this film, it’s still fun to watch and many should enjoy it. Despite it not being as stand-out of a thriller as it thinks it is, it still feels different than most generic action films, and for that alone, it’s worth a watch.

‘Beckett’ is available to watch now on Netflix.

Screenplay by: Kevin A. Rice | Story by: Ferdinando Cito Filomarino