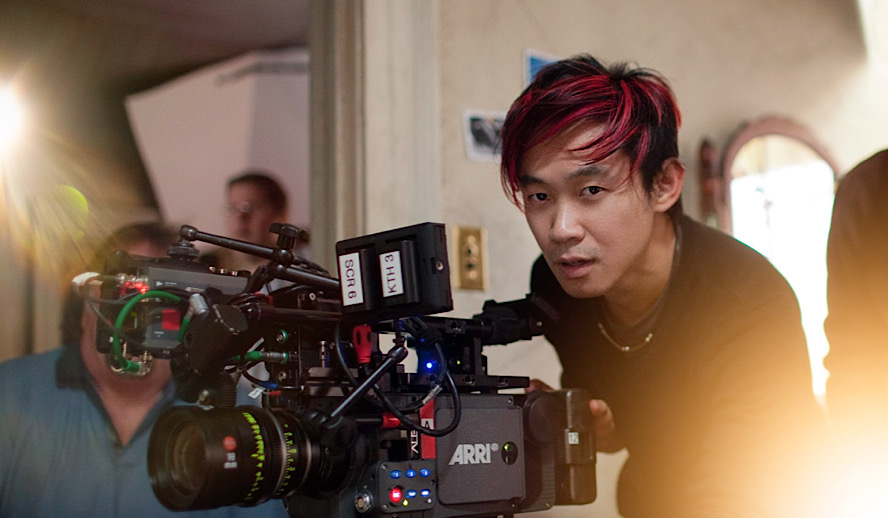 The Mastermind Behind ‘Saw’

When you hear the name James Wan, I assume the ‘Saw’ franchise is most likely the first thing that comes to mind. Or perhaps you aren’t familiar with his name at all, in which case I’m here to change that. In recent years, James Wan has dominated the film industry with his name attached to some major blockbuster hits. Before discussing those, let’s go back to the basics and revisit Wan’s entry into the film industry in the early 2000s.

Malaysian-born and Australian-raised filmmaker, Wan graduated from the Royal Melbourne Institute of Technology (RMIT) majoring in Media Arts in 1998. At RMIT he took many classes that taught him extensively about the process of filmmaking and was given plenty of creative freedom from his professors. It was in one of his courses where he met another aspiring filmmaker Leigh Whannell and little did they know at the time the two would go on to create one of the most successful horror franchises ever. The two then-graduates wrote and co-created the screenplay for the twisted, gory film ‘Saw’. Upon completion, they extracted a few of the scenes to create a seven-minute short film which Wan directed himself with little to no experience.

They then used their short film to pitch to studios and executives in hopes of securing funding to create a full-length feature. After a significant amount of rejection, they were finally met with a proposition from three producers: Gregg Hoffman, Oren Koules, and Mark Burg. They offered to give the two aspiring filmmakers a chance if they were willing to comply with their offer of a tight $1 million dollar budget, a short shooting schedule of 18 days, and if Wan would agree to direct and Whannell would agree to star.  After countless ‘no’ after ‘no’, Wan and Whannell jumped at the offer and alas, ‘Saw’ was born.

Its theatrical release in 2004 grossed over $100 million worldwide. Since the first film, the franchise now has eight sequels to its name and has become the highest-grossing horror franchise in the world. The most recent installment, ’Spiral’, recently premiered in mid-May of 2021. After the major success of ‘Saw’, Wan went on to direct ‘Death Sentence’ and ‘Dead Silence’, two dark and disturbing films to add to his repertoire. While they seemingly had a cult following, these two didn’t have anywhere near the success in the box office that ‘Saw’ received. It wasn’t until 2010 that Wan perfectly hit the nail on the head once again, with the release of the wildly loved and bone-chilling film, ‘Insidious’  starring Patrick Wilson, Rose Byrnes, and Lin Shaye.

‘Insidious’ is easily one of the scariest films I’ve seen to date. I vividly remember the first time watching it in the living room of my childhood best friend’s house and thinking I wasn’t going to be able to sleep that night. This was the film where Hollywood really took note of just exactly how talented Wan and his filmmaking style was and exactly what sort of magic he could bring to the horror genre. His use of intricate cinematography with painfully slow panning shots made audiences’ skin crawl with anticipation. Each of his shots is purposeful, whether they are to reveal a scare to the audience or drop a hint at what’s to come later.

Wan also believes that the use of sound is incredibly important in film especially scary movies. In an interview with FilmSchoolRejects he shared that real horror lies in sound, not in images. “The image has the power to display and depict horrific, disturbing acts, but it’s sound that allows abject terror to enter the audience’s psyche beyond any gruesomeness (or lack thereof) displayed on-screen.”

2013 was another big year for Wan with the releases of ‘Insidious: Chapter 2’, and ‘The Conjuring’ which was the birth of another full-fledged horror franchise better known as The Conjuring Universe, with eight films to date. While Wan only directed the first 2 Conjuring films, he continues to produce nearly all of the films within this universe while taking on other directing endeavors.

While Wan has certainly made a name for himself by birthing several horror film franchises into existence, naturally he wanted to test the waters elsewhere. In recent years, Wan has proven that he has more to contribute to the film industry outside of scary movies. At CinemaCon, a convention for movie theater owners, Vin Diesel announced the seventh installment to the wildly popular ‘Fast & Furious’ franchise which James Wan had the privilege of directing. Universal Pictures had begun negotiating this deal with Wan after Justin Lin, the director of the previous four installments announced he wasn’t returning for future films.

Wan was even lucky enough to get a stamp of approval from Lin himself, “I’m extremely proud to be part of the Fast franchise, it is an experience I will always treasure,” Lin said to Deadline. “It’s time for me to move on to other things and I’m thrilled that Universal and Neal have selected James Wan to lead the franchise into its new chapter.” The film upon release became the most commercially profitable film in the franchise.

Later in 2015, it was announced Wan would be directing the DC Comics film ‘Aquaman’ starring Jason Momoa after Warner Bros took notice of his box office success from ‘Furious 7’. According to ShowBizWorth, both films grossed over $1 billion, making Wan the eighth director with two movies to achieve the milestone. ‘Aquaman’ surpassed ‘The Dark Knight Rises’ becoming the highest-grossing DC Universe film to date.

At this point, it is almost assumed that whatever James Wan touches turns to gold, no matter the genre or the budget. Wan has his name attached as director, writer, and producer to several upcoming projects that I, along with the rest of the world, cannot wait to see. As a scary movie connoisseur, I am so grateful to see how he has evolved the horror genre over time and can’t wait to see him continue to grow as a filmmaker with each new project he takes on.