Excited for the Future of ‘John Wick’ Franchise, According to its Stars and Director 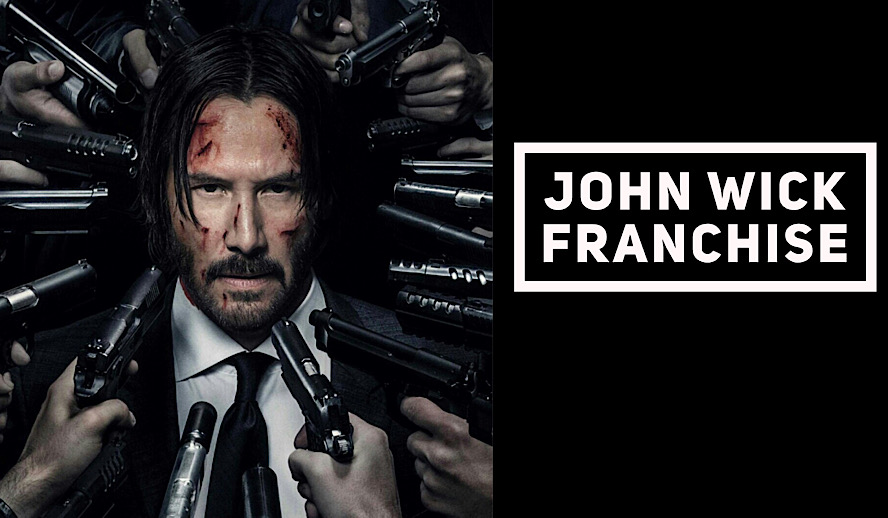 Upon its release in 2014, John Wick became an instant hit with action film fans. Directed by Chad Stahelski, written by Derek Kolstad and starring Keanu Reeves, the film was highly praised for its action choreography, visual style, and cast performances. The film featured not only impressive stunts and long-takes, which created believable and visceral action sequences, but also created a fascinating world of underground crime. This world-building eventually transformed John Wick into a franchise, with three films currently released and several more installments planned for the future.

So far the three constants throughout the franchise have been Stahelski, Kolstad and Reeves. Chad Stahelski, a stuntman, stunt coordinator and director, is known for his work on films such as The Crow, The Matrix and V for Vendetta. His work on The Matrix introduced him to Keanu Reeves, who he now directs as John Wick. Derek Kolstad, who has written all three John Wick flicks, is known for writing action films such as One in the Chamber and The Package.

The combined talents of these three men is what makes the John Wick films so special. Reeves’ interest in martial arts, and his commitment to mastering the intense gunplay seen in the films, allows him to perform many of Stahelski’s expertly planned and filmed action scenes. Kolstad’s writing, meanwhile, plays to Reeves’ strengths as an actor and helps flesh out the world that has turned the series into a franchise.

John Wick: Chapter 3 – Parabellum released in 2019, and the series continued to receive critical acclaim. The story of the sequel picked up immediately after the end of the second film, where John Wick is excommunicated from the criminal underworld and pursued by bounty hunters. The entry included returning cast members such as Ian McShane as Winston and Laurence Fishburne as the Bowery King, while also introducing new characters such as Halle Berry’s Sofia and Asia Kate Dillion’s Adjudicator. The film ends on a bit of a cliffhanger, with Wick left nearly dead and once again seeking revenge on those who wronged him.

Given the end of Parabellum, fans immediately began imagining the action beats and narrative twists awaiting them in John Wick: Chapter 4. Fans weren’t left in anticipation for long, as John Wick: Chapter 4 was officially announced, via a viral marketing text message service, the same week that the third film released. While the film was originally scheduled for release on May 21, 2021, the action flick has been delayed due to both the coronavirus pandemic and Reeves’ commitment to filming The Matrix 4 before he begins another John Wick film.

Chad Stahelski, who is also working as a stunt coordinator on The Matrix 4, recently explained that some action scenes that were cut from John Wick: Chapter 3 will likely be used in the fourth film. Stahelski told Hollywood Reporter, “there were two action sequences that we had really kind of conceived, but we just didn’t have room for them. So, we pulled them from the movie. And I’d like to think that 90 percent of what I pulled, there’s a place in John Wick 4 that I can definitely reinsert them.” This reuse of scenes may expedite the filming of the next installment in the franchise, and with Stahelski behind the camera, these action scenes are bound to be intense.

Stahelski also suggested to Collider that the series likely won’t continue on for very much longer. He explained that each film has been designed to be standalone, without explicit cliffhangers leading to a sequel. Stahelski told Collider, “we’re talking about doing a little bit more than a [John Wick 4], or something like that, and trying to develop that.” Series writer Derek Kolstad also expressed to comicbook.com that a fifth film is possible, if he and Keanu Reeves felt it necessary to “let it breathe, be its own creature as four and five” individual films. However, the prospect of the series being continued beyond a fifth film is considered unlikely by both creators.

In addition to sequels starring John Wick himself, another film within the seedy criminal world is also being planned. In 2017, Hollywood Reporter revealed that The Ballerina, a female-led action film taking place within the same world as John Wick and written by Shay Hatten, had been announced. The film will reportedly be based on a scene in John Wick: Chapter 3 which depicts a ballerina being trained by the same woman who trained Wick. The plot will follow a young assassin who seeks revenge for her murdered family, which is thematically similar to the John Wick films. In 2019, Deadline announced that Len Wiseman, known for directing Underworld and Live Free or Die Hard, will direct The Ballerina. An actress has not yet been revealed for the lead role, but according to Full Circle Cinema the studio is considering Hugo and 30 Rock star Chloë Grace Moretz.

In addition to The Ballerina, a television series taking place in the John Wick universe was also detailed by Collider in 2017. Titled The Continental, the series will delve into the history of the secretive and classy criminal underworld portrayed in the films. In the films, the Continental Hotels act as safe havens where criminals can reside and prepare for their illegal activities, but no “business” can occur on the property. The show is expected to be a prequel to the films, and apparently Keanu Reeves may make a cameo appearance as John Wick. According to Stahelski the show will reveal the backstories of some of the films’ characters and will portray more of the Continental’s varied guests rather than simply assassins like John Wick.

The John Wick franchise has garnered a very well-reserved fandom since the release of its first installment. Keanu Reeves’ commitment to creating realistic stunts has driven him to extensive practice in martial arts and firearms use. Chad Stahelski’s background in stunts and stunt coordination makes him the perfect director to tackle such an action-heavy franchise, while his beautiful visuals make the series stand out. Finally, writer Derek Kolstad brought to life an interesting cast of characters and a fascinating world, which has allowed the franchise to extend far past the first film. No matter what the future of the franchise has in store, fans are sure to be anticipating the next bloody John Wick adventure.