Jason Momoa: The Power of his Unrelenting Perseverance and Rise in Hollywood 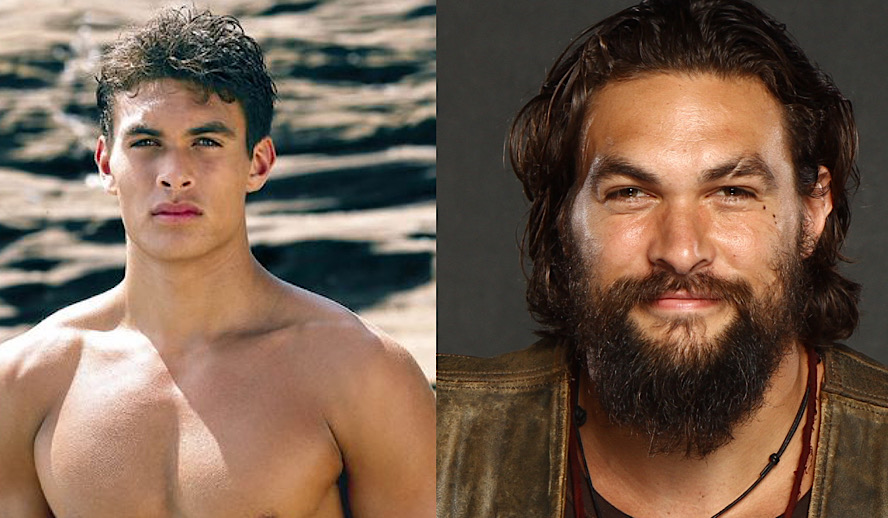 Jason Momoa has had an astronomical rise in his career in the last ten years and has become a household name. He has played recognizable cult classic characters such as Khal Drogo, husband to Emilia Clarke’s Khaleesi, from Game of Thrones and Aquaman from the DC Universe, making him an actor notably beloved by franchise fans. His distinct looks and charisma have made him a highly recognizable star in Hollywood.

However, he did not have an easy start in the business. Here we will look into his life and arduous journey in becoming the star that he is today.

On August 1, 1979, Jason Momoa was born in Honolulu, Hawaii to a Hawaiian father and a Midwestern mother. Due to his parents’ split, he grew up and lived with his mother, Coni Momoa, in Des Moines, never quite fitting in because of his exotic Hawaiian looks. Jason spent his summers in Oahu while staying with his father, Joseph Momoa. He started his professional career by modeling in Hawaii and eventually won the Hawaiian Model of the Year in 1999.

On one of his visits to his father’s, while working at a surf shop at 19, he went to an open casting call for Baywatch: Hawaii and beat out 1,300 other contenders for the role of lifeguard Jason Ioane. Having never acted before, this role was instrumental in igniting his love for the art form. Coming off of Baywatch, he reportedly struggled to break into the industry because he was pigeonholed. He found that people did not consider him a serious actor due to his stint on the show, and struggled to find an agent in response. He acted in projects such as Stargate: Atlantis (2005) and played the lead in the 2011 remake of Conan the Barbarian before landing his proper big break.

Breakout Role in Game of Thrones

He landed his breakout role in the superhit fantasy book-to-TV adaptation of Game of Thrones as the terrifying foreign warlord Khal Drogo. While only being on the show for one season and ten episodes, Khal Drogo became a fan-favorite character. Momoa’s pairing with Emilia Clarke, who plays Daenerys Targaryen, is one of the most famous relationships from the show. He got the role by doing an intimidating Haka dance (a Maori dance used to challenge an opponent). He tried this out-of-the-box approach to play Drogo since he had little to no lines, and he had to find other ways to express himself. The casting directors were so deeply scared that they were sitting in fear throughout the rest of his audition and offered him the part in the end. His audition tape went viral, making him relay this story during an interview with The New York Times.

Although this breakout role made him a household name, he faced similar problems earlier in his career, like being pigeonholed. He had difficulty getting approached for work after Game of Thrones because people widely believed he did not speak English, given that his character Khal Drogo did not (he exclusively spoke a fantasy language called Dothraki throughout the show).

After facing repeated roadblocks in the industry despite a unique role under his belt, he decided to take matters into his own hands. He started his own production company called Pride of Gypsies, which he has tattooed on his arm. He made his directorial debut with Road to Paloma (2014), a revenge story about a man who seeks out the men who assaulted his mother. It restored his self-confidence in his acting chops and showed him he can do good in roles other than larger-than-life aggressive characters. His co-star was his real-life wife, Lisa Bonet, who he was looking forward to working with on a project.

He landed another landmark role as the DC superhero Aquaman in 2016, first playing him in Batman v Superman: Dawn of Justice (2016) and then again in Justice League (2017), subsequently landing his character origin movie in 2018. This added his name to the prestigious superhero roster and gave him another recognizable character identity. Aquaman became the 20th highest-grossing film of all time and is set for a sequel in 2022. His next project was the Netflix show Frontier (2016), about outlawed fur trade in Canada in the 1700s.

Momoa is a stereotypical “man’s man.” He is into outdoor activities and adventure sports such as rock climbing and ax throwing and is accompanied on rock climbs by close friend and renowned climber Chris Sharma. Another interest he is deeply passionate about is Guinness beer. In fact, he knew that he would end up marrying his dream girl Lisa Bonet on the first night they met because she ordered a Guinness on their night out. His love for Guinness led to a business partnership with them, as they created his own special beer called “Mano Brew.”

He loves playing guitar, so-much-so that he played guitar in the middle of takes on the Aquaman set while in costume. He owns a 1959 Gibson Les Paul previously owned by Led Zeppelin’s Jimmy Page. In 2001, he traveled the world, and while he was in Tibet, he discovered the teachings of Buddhism and converted to the religion, meditating daily and practicing. He shares a great relationship with his wife’s ex-husband, musician Lenny Kravitz, and their daughter (his stepdaughter) Zoe Kravitz– they even share matching tattoos.

Jason Momoa can soon be seen in the sci-fi movie Dune, co-starring Timothée Chalamet, Zendaya, and Javier Bardem. He lives with his wife Lisa Bonet, and his two kids Lola Lolani, 13, and Nakoa-Wolf, 12, in the outskirts of Los Angeles.

We are rooting for you Jason and will continue to support the rise of your career and the glorious heights you will reach.