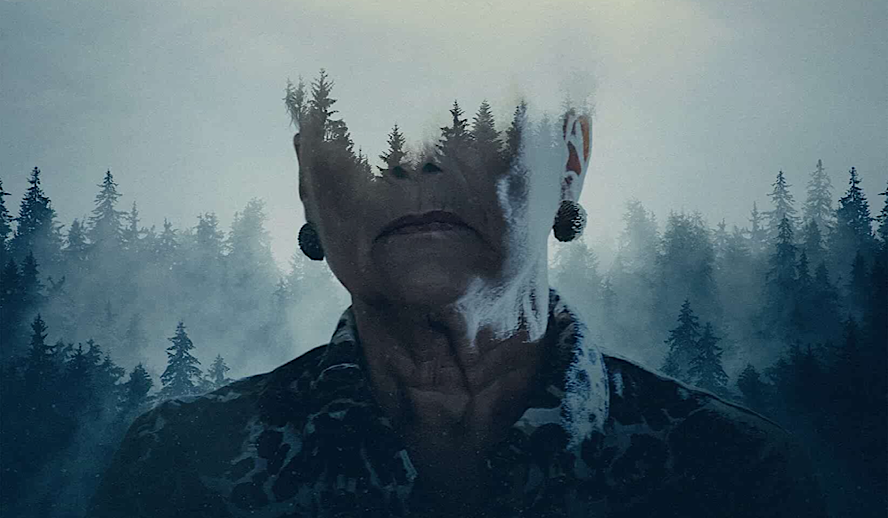 Photo: ‘Misha and the Wolves’

Living Amongst The Wolves

Recently added to Netflix is an incredibly engaging BBC documentary ‘Misha and the Wolves’. The film centers around Misha Defonseca, author of the best-selling book ‘Misha: A Mémoire of the Holocaust Years’ in which she details her survival of the Holocaust, her search for her parents, and her experiences living with wolves as she hid from Nazi forces. After a fallout with her publisher, disparities and inconsistencies in her story arise resulting in questions of the legitimacy of her life story.

‘Misha and the Wolves’ is an excellent documentary that begins as one thing and ends as very much another. There is a lot to unpack in the film in terms of human elements and the consequences of decision-making and deceit that spurs much thought even if the film does not always delve into it itself. Expertly crafted and beautiful to look at, this story of Misha Defonseca is intriguing from start to finish and is one that will consistently keep viewers on their toes.

‘Misha and the Wolves’ – What Worked — Craft and Potency

‘Misha and the Wolves’ is an incredibly well-constructed documentary. The cinematography and camerawork are visually stunning — the camera movement keeps the eye moving even when nothing of significance is occurring on screen. There are several close-up shots that are uniquely angled that give another visual bonus to viewers seeing shots that are not as traditional in documentaries. The core documentary elements are exceptionally well done; talking head sequences are informative, reenactments are effectively impactful, and footage is compiled well to help engage the viewer in the story such as pulls everything from old interviews of Misha to clips of Oprah on ‘The Oprah Winfrey Show’.

There is also an excellent use of newspaper clippings that flash on the screen that guides the viewer through this winding tale. The score and musical choices of the film work well to build tension and clue the viewer’s emotions to prepare them for the direction the film is intending to take next. In several scenes, specifically one that involves a courtroom, hand-drawn images animate on the screen which was a visually interesting change of pace that benefits the film greatly. In the reenactments there is, of course, footage of wolves which were entertaining to see, reminding me of the old Disney film, ‘Never Cry Wolf’ with Charles Martin Smith, who would go on to direct ‘Air Bud’ and ‘Dolphin Tale’.

As previously mentioned, there is an excellent use of old footage — the film utilizes incredibly potent footage of the Holocaust that is very impactful. The film as a whole felt as if it offered respect to the victims of the Holocaust and anyone with trauma, even if all its subjects did not share that sentiment. A warning goes out for anyone interested in this film as there is content within it that does turn the stomach just as a film such as Steven Spielberg’s ‘Schindler’s List’ did which starred Liam Neeson, Ben Kingsley, and Ralph Fiennes. There are several interviews with Holocaust survivor, Evelyne Haendel, that are truly heart-breaking. The film explores a personal side to this infamous tragedy, shining a light on unimaginable trauma that results from losing one’s entire family overnight and not even ever getting to know what happened to them. One leaves the film wanting to learn more and better educate themselves on the terrible event that was the Holocaust and that is something that the film and filmmakers should be praised for.

What Worked — The Story of Misha Defonseca

The story that is told in the documentary is one that twists and turns more than one would expect. The film consistently keeps the viewer on their toes unsure of who to believe — this feeling reminded me of the opening act of David Fincher’s ‘Gone Girl’ starring Ben Affleck and Rosamund Pike where the viewer questions continuously who is truly telling the truth. Another good example of this feeling of moral uncertainty is the did he/didn’t he in the Chris Evans starring AppleTv+ series, ‘Defending Jacob’ where the audience finds them questioning if they are too quick to condemn or convict a child.

The filmmakers smartly put the viewer in the shoes of the subject as facts begin to mount against Misha, however, the ethics of accusing anyone of lying about a horrific trauma such as the Holocaust feels wrong. This inner conflict felt by the subjects is internalized by the viewer as plot points evolve, one begins to feel bad for questioning Misha. The entire film does a great job of exploring the effect and consequences of lies and touches on the human element of coping with trauma that felt very compelling. By the end of the very wild, and nearly unbelievable, tale, the viewer is left with a feeling of dissatisfaction —not in the film or the filmmakers, but in the circumstances of how the film concludes which, while not a fairy tale ending, is one that is thought-provoking and real.

While overall my gripes for the film are small and more or less nitpicks, some issues to note include the last third of the film. The story begins to devolve and feels like it nearly completes itself toward the end of the “second act” and then is unsure how to finish its runtime. At points toward the end of the film, it felt as if there was not much new information being gleaned and the viewer is just marinating in what they have learned. While this is an interesting way to end the film, it does make the pace feel a little disjointed at points. Another notable critique is one that is in a way a compliment — while the film touches on the psychological and human elements of the story, I could not help myself but wish they dived into it deeper.

Some of the subjects of this documentary could have an entire psychological case study in how or why people do things that would have been very interesting. However, perhaps the subject did not want to be a part of a psychological evaluation and the filmmakers respected their privacy which of course is to be commended — the psychoanalyst in me however wished they could’ve further expanded on how the human mind could have led some of these people to the places they ended up.

‘Misha and the Wolves’ is an engaging tale that twists and turns more than one would ever expect and leaves the viewer genuinely dumbfounded as its nearly unbelievable story unfolds. With expert direction, cinematography, and editing, the film shines a spotlight on human fallibility and the consequences of lies and is one that I would recommend everyone to give a watch for both the appreciation of the filmmakers and the Holocaust victims and survivors the film intends to do justice towards.

Watch ‘Misha and the Wolves’ on Netflix today. Be on the look for ‘Beckett’ starring ‘Tenet’ star John David Washington and Alicia Vikander releasing on Netflix August 13th.