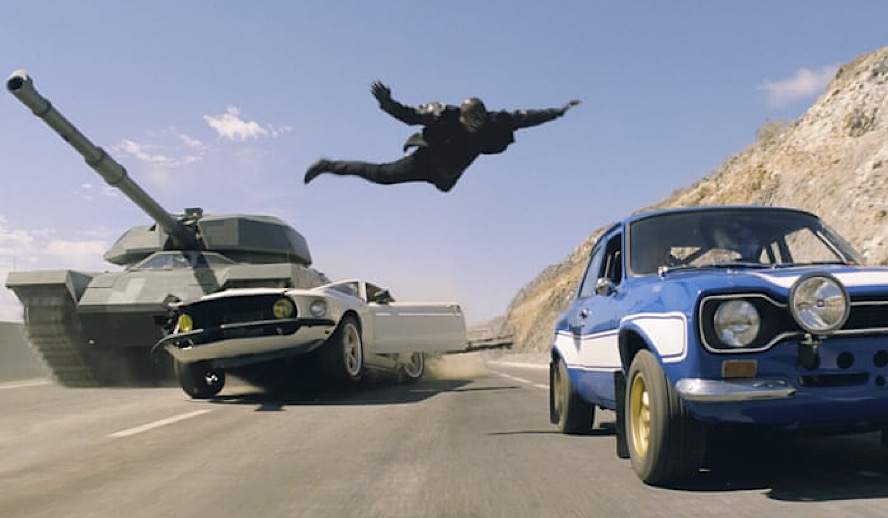 Every year at the Academy Awards 24 different teams and individuals are presented with an award for their work on certain films from the previous year. With four acting categories, several for sound, costumes, directing, cinematography, and more there are a lot of professions within the film-making industry honored. However, there is one group that goes unrepresented within all of the annual film praise despite being a large part of most movie productions nowadays. These people punch, tumble, and choreograph their way through impressive fight sequences that draw us into their films: stunt performers.

The request that the Academy Awards should recognize stuntmen and stuntwomen with a Best Stunts award is also supported by Hollywood Insider’s CEO Pritan Ambroase, he states, “Hollywood and action movies are synonymous with each other. These action movies would not be possible without stuntmen and stuntwomen who make Cinema better. Its confusing to me why the Oscars doesn’t already have an award in this category. The Academy must do better. The Academy must start an award for the Best Stunts Category.”

The Age Of The Action Blockbuster

When looking back on the last decade, eight of the top 10 highest-grossing films were some form of an action movie. Of the top 25 highest-grossing films from 1995 through today, every single one of the films is an action-blockbuster film. We are living in a time when studios are putting out stunt-heavy blockbusters at what feels like the speed movies were made and released during the Studio System days of Classic Hollywood and this trend is only growing.

There were 21 Marvel movies released in the 2010s, five ‘Fast & Furious’ movies, seven DC Comics movies, all the ‘John Wick’ movies, three ‘Mission: Impossible’ movies, and these are just the large franchise films from the last decade. Then you also have some of the most acclaimed movies of the last decade being larger, stunt-heavy films such as ‘Mad Max: Fury Road’, ‘Dunkirk’, ‘1917’, ‘Zero Dark Thirty’, and ‘Baby Driver’. On top of these, you also have all of the one-off action movies and films requiring extensive stunt work. Acclaimed films or not, the one thing they all have in common is that a large portion of their crew goes virtually unrecognized for their work in making these films as incredible as they are.

A large percentage of movie-goers flock to action movies and blockbuster films despite what some prominent filmmakers would like them to be and that does not look like it will be changing any time soon. This means that we should start familiarizing ourselves with more than just the big-name talent on screen and behind the scenes and learning more about the other artists involved and the biggest contributors to the scenes that leave us in awe during these kinds of films are the stunt performers and coordinators.

Many actors will sing the praises of their stunt doubles and stunt coordinators in interviews while promoting a project; giving those who made them look so smooth and diligent in fight scenes credit where credit is due. During the early days of the pandemic, a group of female stunt performers (and prominent actresses) even gave us one of my favorite videos to go viral on the internet, showing off their ability to do cool tricks and create a cohesive storyline through a very cool fight scene. The stunt doubles are cast members just as much as the celebrity cast members we are familiar with.

At the Screen Actors Guild Awards there is an award for Outstanding Stunt Ensemble in a Motion Picture since stunt performers are a portion of the 160,000 members in SAG-AFTRA, but here’s the thing: this category did not exist until 2007 at their 14th ceremony, meaning it took them 14 years to realize that they should recognize an important subsect of their members who, without them, would lead to a significant portion of their famous members getting injured a lot more frequently.

The Oscars tend to keep their focus on more prestige films and rarely nominate blockbuster-action films for their major awards; the “populous” movies tend to get shafted in favor of more Oscar bait-style films. However, by largely ignoring the blockbuster and action style films the Academy of Motion Picture Arts and Sciences is failing to acknowledge a sizable portion of individuals and teams involved in making many of the movies released each year.

To me, it seems hard to say that your ceremony is awarding the best in movie making each year when you decide to continuously exclude one group that even contributes to many of the Best Picture nominees. There is no question that war movies rely on stunt performers to fill out scenes and make fights look as clean as they do and the Academy loves a good war movie. Even movies that do not seem like they would have a stunt crew and stunt performers have some involved, such as this year’s Best Picture nominee ‘The Trial of the Chicago 7’.

Just about all of the guilds in the film industry are represented and get their time to shine and the chance to be nominated and voted on by their peers. The exclusion of stunt performers and coordinators from this list seems unjust considering they put in just as much work on the films they are a part of and should get the opportunity to be recognized on the same level and platform as the rest of their peers. If we want to say that the Oscars truly reward the best of movies then they should include at least one Best Stunts category in future ceremonies.