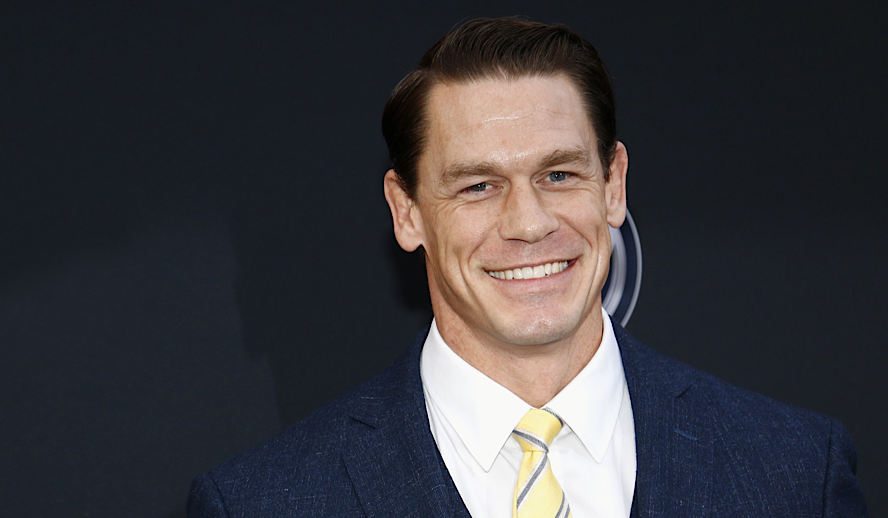 From the WWE To the Silver Screen

To reach the top of one’s field in any career takes an enormous amount of talent, dedication, perseverance, and hard work. To then pivot and begin anew in another career and enjoy similar success requires the same traits, but heightened making anyone who can make the transition all the more impressive and commendable. John Cena, who rose to prominence as one of the most prolific wrestlers the WWE has ever seen garnering millions of fans around the world, has flourished in his transition from wrestler to movie star becoming one of Hollywood’s biggest names and most recognizable faces.

It is not unheard of for former WWE wrestlers to make the transition to acting as audiences have been graced with the performances given by former wrestlers such as Dave Bautista, who starred in ‘Guardians of the Galaxy’. The biggest movie star in the world in 2021 is none other than Dwayne ‘The Rock’ Johnson who recently starred alongside Emily Blunt in Disney’s ‘Jungle Cruise’. There has to be a reason as to why so many WWE stars have such success in film following their illustrious wrestling careers — that reason: showmanship. These highly gifted athletes have of course their hard work and physical training to thank for some of their success, however, it is the charisma and talent of knowing how to work and entertain a crowd that translates incredibly well in their performances as actors. John Cena is one of the most charismatic actors, and people, working today and that intangible “it factor” that Cena embraced and embodied in the WWE ring allowed for his excellent, fun performances that he has given over the years.

Cena would make his acting debut in 2006’s ‘The Marine’, an action-comedy that set the young actor as the lead character for his first film. While the film was not as warmly received critically as it was financially, the film has since grown a cult following and led to multiple direct-to-video sequels. Cena would bounce around in small films such as Nickelodeon’s ‘Fred: The Movie’ where he would portray an imaginary version of the title character’s father. It would not be until 2015 where Cena would have his big breakout year in film.

In 2015, Cena would appear in three theatrically released major motion pictures which would begin his meteoric rise to movie stardom. First, Cena would portray a supporting character in the Bill Hader and Amy Schumer-led hit comedy ‘Trainwreck’. His performance in the film is an absolute scene-stealer that captivated audiences. The odd chemistry that Cena has with co-star Amy Schumer is hysterical and one that audiences will remember for a long time to come.

‘Trainwreck’ would go on to be one of the key roles that began to see Cena’s rise in comedic roles. His next film would be a small role in the comedy ‘Sisters’ which starred Tina Fey and Amy Poehler where Cena portrays a drug dealer. Playing a bit against type, monotone, and fast-talking, Cena is very funny as the incredibly well-equipped drug dealer, Pazuzu, and further cemented himself as a great comedic performer. His last comedic appearance that year would be in a cameo role in the Will Farrell and Mark Wahlberg comedy, ‘Daddy’s Home’ portraying the father of Wahlberg’s stepdaughter. After much financial success, the film would receive a sequel that Cena would reprise the role in, ‘Daddy’s Home 2’.

In 2017, Cena took a step towards dramatism by starring in war-thriller ‘The Wall’ opposite ‘Kick-Ass’ star, Aaron Taylor-Johnson. The film depicts two American soldiers pinned down by a sniper with only a small brick wall to take cover behind. The film is gripping due to both the direction and the performances of its two leads. Cena is exceptional in the film giving an intense, heartbreaking performance. Cena and Taylor-Johnson work well together establishing chemistry and camaraderie between each other that makes the audience root for the two soldier’s survival all the more. The film departed from Cena’s comedic roots and offered a truly captivating dramatic performance as the desperation of the circumstances can be read across Cena’s face.

Later that same year, Cena would lend his voice talents to the animated children’s film ‘Ferdinand’ portraying the titular character of the film, a bull named Ferdinand. The film was another hit for Cena that resonated with both critics and audiences alike seeing a great box office turnout. Cena would go on to lend his voice talents to the Robert Downey Jr. film ‘Dolittle’ portraying Yoshi in 2020. Cena returned to comedy in 2018 in the film ‘Blockers’, which also starred Ike Barinholtz and Leslie Mann, pitting Cena as a protective father keen on “blocking” his daughter from losing her virginity on prom night. Cena’s performance in the film is as hilarious as one would expect it to be, further supplanting why Cena is a comedic force in the industry. With this return to comedy, Cena now had crafted a diversified portfolio showcasing his dramatic and voice acting abilities.

After demonstrating his prowess as an actor beyond comedy, Cena joined several film franchises in key roles with the first being the ‘Transformers’ franchise in 2018’s ‘Bumblebee’. Starring opposite Hailee Steinfeld, Cena portrayed a military man, not unlike his character in ‘The Wall’, and gives an excellent performance offering fun, intense moments as well as moments of levity where Cena continues to flex his comedic capabilities. Cena also signed on to the Vin Diesel-led ‘The Fast and the Furious’ franchise in ‘F9’ getting the opportunity to play antagonist to the film. Cena excels in the role and brings his physicality to the action sequences as well as his acting ability, eating up his villainous moments.

Most recently, Cena joined the DC Extended Universe in the James Gunn film, ‘The Suicide Squad’ as the hilariously over the top, Captain America gone wrong, Peacemaker. Starring opposite Margot Robbie and Idris Elba, Cena again gets the opportunity to bring his athleticism to the action sequences and his comedic chops to James Gunn’s electric writing. John Cena is emblematic of the old adage, “hard work pays off”. Few can claim they have made their way to the top of their industry — yet John Cena may have just done it twice right before the eyes of audiences around the world which is something everyone should take the time to appreciate.

What’s Next For John Cena

John Cena is set to star in a spin-off series to James Gunn’s ‘The Suicide Squad’ titled ‘Peacemaker’. The series is set to release on HBO Max in 2022.