‘F9: The Fast Saga’: The Best Well-Made Bad Movie Ever | Fast and Furious 9 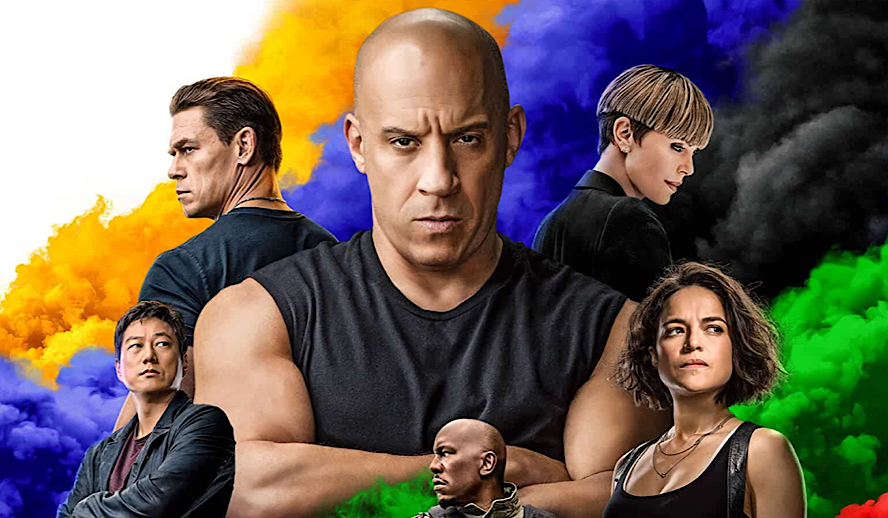 When I walked into the theater to watch ‘F9: The Fast Saga’ I went in knowing that I was not the target audience. I enjoy high-art concepts, auteurism, classical structuring, and intellectually challenging films whereas ‘The Fast & The Furious’ is notoriously a turn your brain off franchise. I have seen a few of the previous films within the massively popular franchise but I am by no means an avid “fan,” however I did rather enjoy ‘Tokyo Drift’ and ‘Furious 7.’

I went into this new ‘Furious’ contribution with a clear and hopeful outlook, purposefully avoided any trailers or pre-screening reviews, and brushed up on my ‘Furious’ cinematic lore. Once I sat down and the film started, however, I was taken aback by the inordinate lack of care and outright mockery of traditional movie logic portrayed within ‘F9,’ while simultaneously amazed at the overall scale of the production.

F9 – Behind the Scenes

I want to preface this by saying that ‘F9’ is a “good” movie. It will likely make buku amounts of money and, surely, millions will greatly enjoy the insanity that is ‘F9.’ With that being said, ‘F9’ was by far the worst thing I’ve seen so far in 2021. My disdain for this film comes from a place of film-puristism. Quite literally nothing within ‘F9’ obeys the laws of cinematic theory or even the laws of physics, for that matter, and for me, that’s a problem whereas for so many others it’s not. I cannot help but sit through a movie and hyper-analyze every inconsistency and logical fallacy throughout. Logical inconsistency drives me crazy, quite simply. And there is most definitely a lot of logical inconsistency within ‘F9,’ more so than any of the other ‘Furious’ films, but nine films into the franchise you’re going to have to push the envelope pretty hard to find fresh ideas.

So, as I mentioned, I was amazed at the scale and appalled at the structure of the film. One critique is positive, the other, not so much. That, to me, is the duality of ‘F9.’ “The duality of man. The Jungian thing Sir!” stated Pvt. Joker in the Stanley Kubrick masterpiece, ‘Full Metal Jacket.’ The duality of man represents mans’ inherent quest to find peace whilst also inherently finding itself in the throes of war and slaughter.

The duality of ‘F9’ comes from its absolutely reprehensible structure but, somehow, impressive concepts and execution. This duality is responsible for the divisive response to the film. Just looking through IMDB or Letterboxd reviews you’ll find hundreds of ½ star reviews alongside hundreds of 4 or even 5-star reviews. People will either viciously hate everything about ‘F9’ or find it a load of mindless fun. I just happen to fall within the former category.

And to discuss the absolute disregard ‘F9’ shows for general film structure and theory, I find it disturbing that the film uses such elementary level usage of exposition. The film is structured as such; action scene, exposition dump, action scene, exposition dump, and continued. Some characters have very obvious purposes within the narrative. Ludacris and Tyrese are nothing more than tools for comedic relief and exposition. Nathalie Emmanuel is, quite literally, nothing more than a glorified explanation. Her character’s sole purpose is to progress the plot by explaining exactly what’s happening, why certain things can’t happen, and why they are doing what they’re doing. Obviously, any scriptwriter, no matter how amateurish, will tell you this is an egregiously rudimentary narrative and is something you should only expect from the earliest of drafts from a novice writer.

‘F9’ also suffers from having a number of painfully uninvolved and straightforward plot devices. The entire plot revolves around the chase for a magical device that will allow whoever wields it to control all the world’s weapons. In and of itself this is a pathetically overused and obsolete trope that is known as a macguffin; an object, device, or event that is necessary to the plot and the motivation of the characters, but insignificant, unimportant, or irrelevant in itself. The device in ‘F9’ is not explained, or even mentioned for more than 3 minutes of total screen time in a film with a painstaking 145 minute run time.

To add insult to injury, ‘F9’ uses the overused space trope as well. Do you remember the period of time, about 5 or 10 years ago when the running joke went something like, “let’s make a zombie movie… IN SPACE!” or some variation of that punchline? Well, there is legitimately a rocketship car in ‘F9’ that is flown to outer space. I shouldn’t even need to elaborate on why it’s insane that a Pontiac Fiero was flown to outer space.

Altogether, ‘F9’ is certainly an experiential film. You will be in for a rollercoaster ride of themes and ideas because the film is all over the place from beginning to end, literally and metaphorically. Even though I largely disliked this film, I can certainly see why people can and will enjoy it. It’s not my cup of tea but do not let that dissuade you from seeing and enjoying this film. It’s a romp, a fun and crazy display of over-the-top muscle and engines, and, yeah, that’s kind of cool. In the end, ‘F9’ is a bad movie, but it’s also a good movie. It really just depends on which side of the spectrum you fall on and your subjective opinion on mindlessness in cinema.

If you’re okay with the suspension of disbelief and watching a massive magnet rip cars through buildings and a Pontiac Fiero flying through outer space followed by a joke about Universal’s ‘Minions,’ then you’ll probably love ‘F9.’ But if you enjoy Andrei Tarkovsky, Stanley Kubrick, Alfred Hitchcock, any classic film that takes itself seriously, you will likely hate ‘F9.’ And both of those feelings are valid and I understand them both equally.