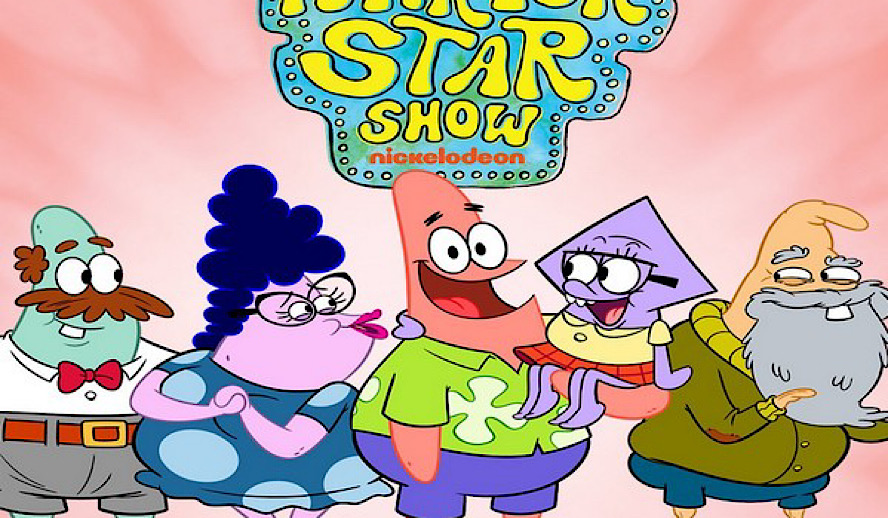 What Fans Can Look Forward to in ‘The Patrick Star Show’

For fans of Spongebob Squarepants, the name Patrick Star obviously rings a bell and they should be delighted to hear that Patrick Star is headlining his very own television show! I myself was over the moon to hear this news because I grew up watching ‘Spongebob Squarepants’ as a child, never missing a single episode. If anything, I’m more than positive I’ve seen all of them at least three times through, if not more. In August of 2020 Nickelodeon announced a second animated spin-off series to ‘Spongebob Squarepants’ following ‘Kamp Koral: Spongebob’s Under Years’ simply titled ‘The Patrick Star Show’ which would focus primarily on the famous starfish we’ve all grown to love.13 episodes were ordered by March of 2021 and was set to premiere during summer.

Produced by Kristen Caplan, Marc Ceccarelli, Jennie Monica, and Vincent Waller, the show follows the boisterous sea-star, Patrick (voiced by Bill Fagerbakke) during his younger years at home with his family which includes his mom, Bunny (Cree Summer), his free-spirited dad, Cecil (Thomas F. Wilson), his little sister Squidina Star (Jill Talley) as well as his genius and rather irritable grandfather, GrandPat Star (Dana Snyder). During his days at home, he enlists the help of his little sister Squidina to create his very own imaginary variety show for those who pass by his home’s window.

History of Bill Fagerbakke as the Voice of Patrick Star

Bill Fagerbakke is a staple to the Spongebob universe as he has famously voiced the role of Patrick Star since the series first premiered in 1999. He was brought in to audition for the voice after Tom Kenny was already cast as the lead. He recalled in an interview with the Toon Zone that Steve Hillenburg, the creator of the show, played a clip of Kenny’s voice from an old cassette tape while in a conference room somewhere in Los Angeles, which is incredibly unlike most animation auditions where actors are typically brought into a recording studio and asked to perform their version of the character.

He recalled that at that time it was just another audition and he had no particular feeling or attachment to the character at that point, it was rather just another work opportunity. Flash forward over two decades later, Fagerbakke is continuing on his legacy as the voice we’ve all grown to love.

Fagerbakke, who is now 63, spoke on the daunting idea of headlining a show without Spongebob. While completing nearly 300 episodes of ‘Spongebob Squarepants’ over the years, not to mention the standalone big-screen films where he also lent his voice as Patrick Star, creators of the series felt it was time that perhaps he starred in his own. He spoke to CBS in an interview stating, “To think about Patrick, in a world where he’s not linked to SpongeBob full time was pretty scary.

Because that’s to me why Patrick is engaging is due to his relationship with SpongeBob. But Vincent Waller and Mark Checker really have developed this great family and world in Patrick’s home. He does a show every night in his room produced by his sister, and it just goes nuts. Cree Summer is my mom, Tom Wilson is my dad, and Jill Talley is my sister. It’s so much fun. I think fans of the show will really appreciate it.”

Thoughts on the Pilot Episode: Late for Breakfast/Bummer Jobs

In a similar structure as ‘Spongebob Squarepants’, ‘The Patrick Star Show’ features two eleven-minute adventures per episode. In the pilot, the first segment features Patrick putting on a show all about food after he missed a hearty breakfast with his family. He comes up with the idea to conjure up his own meal for his viewers during a cooking segment where he creates a recipe on the spot for a delicious casserole full of dirty napkins, used socks, leaves, dirty sneakers—of course.

A keen cameo was introduced during a commercial break of Patrick’s cooking show where a commercial for the Chum Bucket (which fans of ‘Spongebob Squarepants’ will be familiar with) can be seen with, you guessed it— Plankton! Hearing familiar voices and seeing characters from the original series is definitely a bonus and one of many reasons alone to tune into the show.

The second segment had to be my favorite because it featured Spongebob, himself. The young and naive dynamic duo that is Patrick and Spongebob is on the hunt for a job and the two experience numerous different tasks that are required of them in the workforce. They test their luck working at the local grocery store, painting a fence for an elderly neighbor, and attempting to be taxi drivers. Of course any time Spongebob and Patrick are on screen together, their chemistry truly shines which was why I was delighted to see Spongebob’s cameo as early as the very first episode. While of course, I am not the target audience for this new series, I can see it being a huge hit with younger viewers.

The dialogue and storylines are lively, the characters are humorous, and fans of Spongebob will be more than pleased with the number of crossovers and familiar voices and characters that make their way into this spin-off. All in all, I was more than pleased with the first episode and hope to see this show picked up for a second season, because Patrick Star is much too big of a personality to be pigeonholed as just a sidekick. Don’t forget to tune into the family-friendly ‘The Patrick Star Show’ which currently airs Fridays at 7 pm on Nickelodeon.