Florence Pugh: The Journey of Hollywood’s Next Superstar 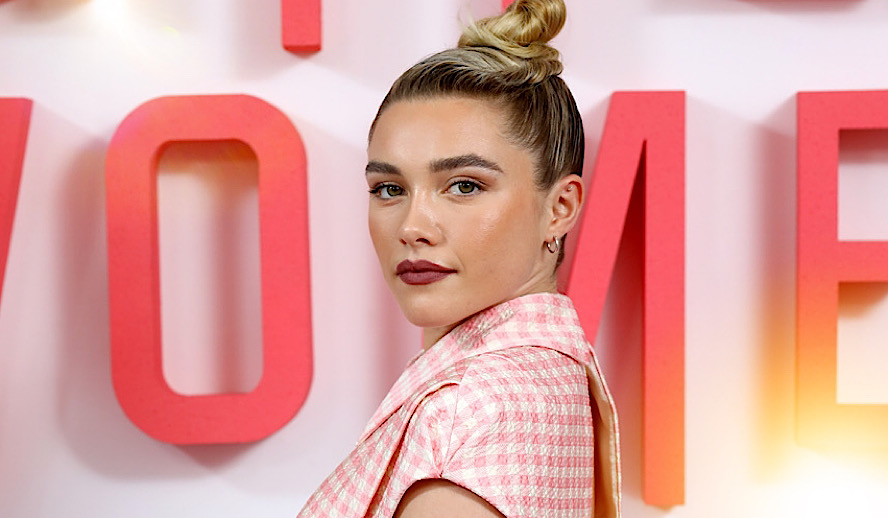 A couple of years ago, you would be forgiven for not knowing the name Florence Pugh. Now, the young star appears set to take over Hollywood with an impressive resume, an Oscar nomination, and a role in the Marvel Cinematic Universe – all before she turned twenty-four. After landing her first role at seventeen (from her first professional audition, no less), Pugh has risen through the ranks of the industry by taking on complex and engaging roles in both film and television. She has proved her talent and range time and time again – and that doesn’t appear to be changing anytime soon.

Let’s take a look at the journey of Florence Pugh – the young actress and her rise to stardom.

Pugh’s debut role was in Carol Morley’s 2014 film, ‘The Falling’. Pugh played the magnetic Abbie Mortimer opposite Maisie Williams’s disturbed Lydia Lamont in this thriller about a mysterious fainting epidemic that throws a strict all-girls school into chaos. (First fun fact: sharing a cast with Maisie Williams would not be Pugh’s only tie to the popular fantasy series ‘Game of Thrones’. Pugh attended the same school as both Kit Harrington and Emilia Clarke, and her brother Tony Sebastian played Prince Trystane Martell.)

After breaking into TV with her role as webcam model Cara Thomas in ‘Marcella’, Pugh returned to film with her first lead role in the critically acclaimed ‘Lady Macbeth’ (2016). This potent period piece about a woman sold into marriage toured the festival circuit with screenings at Toronto International Film Festival, Sundance Film Festival, and the San Sebastián Film Festival. The drama won Pugh several nominations and awards, including the 2017 British Independent Film Award for Best Actress. While the film did not have any ties to the Shakespeare play except the title, Pugh would take on the Bard’s work as Cordelia in the 2018 adaptation of King Lear. Here, Pugh would star alongside such legends of the silver screen as Anthony Hopkins, Emma Thompson, and Emily Watson. (Second fun fact: Emily Watson played Marmee March in the 2017 adaptation of ‘Little Women’, two years before Pugh would step into the role of Amy in Greta Gerwig’s take on the classic novel.)

From this point in time, Pugh was offered a slew of work in both the United Kingdom and the United States, showing off her range as she performed opposite Liam Neeson in ‘The Commuter’ (2018), depicted the queen consort, Elizabeth Burgh, in ‘Outlaw King’ (2018), and delved into the horror genre in ‘Malevolent’ (2018). 2018 was a productive year for Pugh, as she also returned to the television screen for the critically acclaimed mini-series, ‘The Little Drummer Girl’, for which Pugh was nominated for Best Actress in a Motion Picture or Limited Series by the Online Film & Television Association in 2019.

2019 was the year of Florence Pugh. First came the biopic ‘Fighting with My Family’, written and directed by Stephen Merchant, in which Pugh shared the screen with Dwayne Johnson, Lena Headey, and Vince Vaughn. This Sundance darling, which saw Pugh take on the role of professional wrestler Saraya-Jade “Paige” Bevis, went on to have a wide release both in the UK and the US. The role allowed Pugh to show off her comedy acting chops in a completely contrary performance to her turn as Dani in Ari Aster’s sophomore horror film, ‘Midsommar’.

Aster’s follow-up to the bone-chilling ‘Hereditary’ (2018) cast Pugh in the role of a grieving university student traveling to Sweden with her boyfriend and his friends to attend a festival. While seemingly set up to play the classic horror staple of ‘the final girl,’ both the film and Pugh proved Dani to be anything but, allowing Pugh to give a moving and at times downright unsettling performance. The role scored Pugh a nomination for Best Actress at the 2019 Gotham Awards, although that would be far from the most prestigious recognition she would receive that year.

This brings us to Pugh’s more recently released work; the latest adaptation of Louisa May Alcott’s novel ‘Little Women’. In this Oscar-winning story of four sisters growing up in Massachusetts during the nineteenth century, Pugh takes on the role of the youngest (and usually the most disliked) sister, Amy March. Starring alongside Meryl Streep, Saoirse Ronan, and Emma Watson, Pugh brought a new maturity and nuance to the role, earning her Oscar and BAFTA nominations for Best Supporting Actress.

Pugh secured her spot as a Hollywood A-lister when she landed the role of Yelena Belova in the upcoming film ‘Black Widow’, joining a plethora of international talent as a member of the Marvel Cinematic Universe. (Third fun fact: Pugh’s ‘Little Women’ co-star, Saoirse Ronan, was also considered for the role of the Russian assassin.)

Yelena Belova is a spy and assassin trained by the Red Room, who also produced the infamous Black Widow, aka Natasha Romanoff (Scarlet Johansson). Pugh will star opposite Johansson in the blockbuster currently slated to premiere in 2021. She has also been confirmed to join Jeremy Renner, Hailee Steinfeld, and Alaqua Cox in the upcoming Hawkeye Disney+ TV series. The role required intense training and will see Pugh add ‘action hero’ to her ever-growing list of accomplishments.

At only twenty-four years old, Florence Pugh already has the resume many in the ‘biz can only dream of. She has starred in both Sundance independents and tentpole blockbusters, carrying lead roles on both the big and small screens. Pugh has found a knack for landing complex, varied roles that show her range from comedy to horror, and has proven time and time again that she can carry an ambitious project on her shoulders. We can’t wait to see what fascinating performances this young star will bring us in the future.