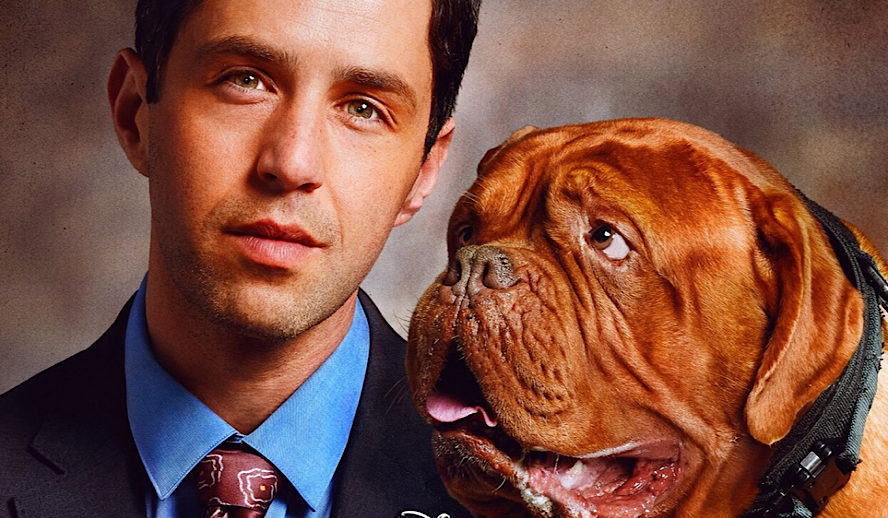 A New Legacy Series Stemming from the 1989 Classic

I’ve been excited for the release of Disney+’s ‘Turner and Hooch’ ever since it was announced in 2020 for multiple reasons. First, I am a huge Josh Peck (‘Grandfathered’) fan, considering I spent my afternoons growing up watching him on ‘Drake & Josh’. Secondly, I am a major dog lover and especially have a special place in my heart for Mastiffs, my father’s favorite dog breed, so I knew I was instantly going to fall in love with this show. ‘Turner and Hooch’  recently premiered on Disney+ and is a continuation of the 1989 comedy of the same name which starred Oscar-winning actor, Tom Hanks.

For those who have yet to see the original, the film follows Hank’s character, Scott Turner, a burnt-out police officer who is about to transfer to a different division within his job. Before he transfers, Turner meets with his long-time best friend Amos Reed who just hours after their meeting is suspiciously murdered. Turner is made aware of the crime the next day and forced to take in the only known suspect of the murder: the deceased’s slobbery, rambunctious, French mastiff to solve the crime and avoid being put to sleep.

Peck spoke to Variety on whether he felt any pressure taking on the legendary role and stepping into Tom Hanks’ shoes to which he concluded, “He’s such a legend. I think I was aided by the fact that he’s in such rarefied air, I’ve looked up to him for so long that I never had any delusions that I’d get anywhere close. But I think what was great was that this isn’t a remake. This is a continuation in certain respects. I’m playing his son. In many ways, it was how do we honor the magic of what the original movie had and what Tom Hanks brought and try to infuse that into this new story?”

A Reimagined Twist on a Classic Story

The 2021 series created, written, and executive produced by Matt Nix (‘Burn Notice’) takes a fresh twist on the already classic film. Instead of remaking a familiar story, as many studios are doing at the moment with the high influx of reboots, this brand new show serves as a continuation of the 1989 film which follows Peck’s character, son of the original Scott Turner, who is forced to intake his late father’s French Mastiff, Hooch. Scott Turner passed away suddenly after a heart attack and always wanted his son to end up with the dog which he made clear in a letter he had written. However, Turner Jr. is devoted to his job as a US Marshall and working alongside his pregnant partner Jessica (Carra Patterson).

He believes a dog will only serve as a distraction to his work which is why his sister, nephew, and Jessica are desperately trying to persuade him to keep the hound, rather than turning him into the pound. His nephew even made it a point to remind Turner Jr. that Grandpa (Tom Hanks) always said “dogs make him better at his job, they work smarter than people cause people to see what they think they should see but dogs just see what’s there.”

Despite Hooch’s slobber and poor behavior, Turner Jr. quickly realizes that perhaps Hooch could be a huge aid to him and his partner, considering Hooch helped locate and capture the criminals at large in his and Jessica’s most recent case. Seeing the success that Turner Jr. and Hooch have, the chief played by Anthony Ruivivar (‘The Haunting of Hill House’, ‘Third Watch’) makes the duo a K9 unit and from there forward, the show is off and running.

‘Turner and Hooch’ Has Something for Every Audience

After watching the first episode twice through with my boyfriend, we were both pleasantly surprised with Josh Peck’s performance, considering both he and I have really only seen him on Nickelodeon. He is the perfect lead for this show, and I could see him carrying several seasons. I also am incredibly biased and was instantly in love with Hooch. I was fascinated to learn that there were five dogs in total that were used in combination to portray the role of Hooch. Each dog had their own special tricks and traits. One of the “Hooches” whose real name was Hammer was used especially for the scenes in which Josh Peck was supposed to be dragged around by the dog.

His specialty, if that’s what you’d consider it, was pulling Peck around. Obie, the oldest dog to play Hooch, specialized in still movement — such as lay around and pose for the camera. Then their only female dog, Mimi, was an expert at picking objects up with her mouth. In his interview with Variety Josh reflected on his audition process, “When I had my screen test, they said, ‘So you’re going to be auditioning with a real dog — be ready to improvise, be ready to work around the dog because we know that we might not get exactly what we need from them.’ And it was at that moment that I thought, ‘Oh I’m working with smart people here who get it.’

I can vouch that this show truly has something in it for everyone. While yes, it is rather family-friendly, considering it resides on Disney+, the show is also full of car chases, good guys chasing bad guys (and vice versa), and a possible love interest between Peck and Hooch’s new dog trainer, Erica (Vanessa Lengies).

To conclude, I will add a statement Peck delivered to Esquire regarding the influx of dog stories, and why there are so many of them on the market nowadays, “Because it’s our obsession, for thousands of years, with the hero’s journey. It’s why we love Marvel movies, right? Because we love pure good fighting evil. Dogs are pure good. What I’m so proud of with this show is that usually when a family sits down to watch television, someone’s making a compromise. And this show and what I think Disney+ is doing such a good job of with all their shows, is it’s truly a co-viewing experience. If you want the procedural, you’ve got that. There’s the rom-com love triangle. You’ve got the broad comedy. And then also you’ve got that added element of dog and animal people, from Hooch to the other dogs at the canine training center to my sister’s overweight cat, Blob.”

The first episode of ‘Turner and Hooch’ is now available to stream and the following episodes are set to air Wednesdays on Disney+.