The Rise of Nicholas Hoult: From Child Actor to Bonafide Leading Man 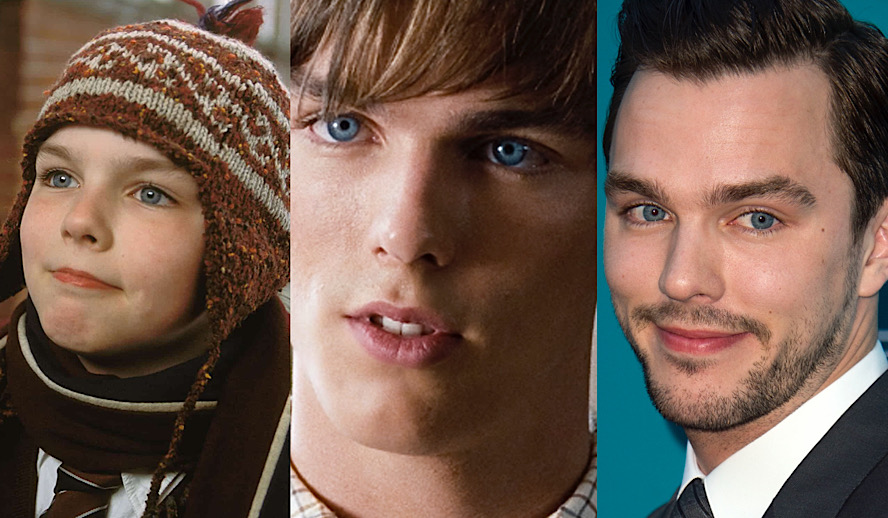 Nicholas Hoult was born in the market town of Wokingham in Berkshire, England, in 1989. When he was three years old, he was attending his older brother’s play and was spotted in the audience by the director. The director told Hoult’s mother that if Nicholas could concentrate on a play at his age, he could probably be in one. Hoult’s first audition was at the age of 5, and he landed the part. A small role in a film and several television appearances marked the beginning of the young actor’s life.

Hoult’s first breakout role was at the age of 12, opposite Hugh Grant in About a Boy. The film follows Grant’s character Will Freeman and the relationship he builds with the son of a single mother while he navigates his version of the dating world. The romantic comedy-drama is based on the novel by Nick Hornby and was up at the Oscars for Best Writing – Adapted Screenplay and Best Picture – Comedy or Musical at the Golden Globes. Hoult received a nomination from the Broadcast Film Critics Association for Best Young Actor/Actress for his role in the film.

Related article: The Rise of Idris Elba: A Tribute to the Path-Breaking Leading Man

The transition from child actor to more adult roles is often a challenging jump that many child stars are unable to hurdle. Hoult took the right steps in breaking out of the child actor mold and making it to the next stage in his acting career. His first role in Hollywood as a SAG actor was for the film The Weather Man with Nicolas Cage a few years after About a Boy around the age of 15. A big jump came when he landed the role in the edgy British coming of age show Skins. While Hoult thought he was more of a fit for the subtler role of Sid, he was cast as the extravagant heartless heartthrob Tony.

Hoult’s career would continue to take off in film with his role in Tom Ford’s A Single Man. In a GQ interview, Hoult describes how he was fortunate to get the part because another actor had to drop out of production. The fashion icon’s debut film was a tremendous hit at film festivals and applauded by critics and audiences alike. Hoult’s performance showed a depth that proved his skill as a child and teen actor could carry over to more adult roles.

One of Hoult’s most prominent roles to date came from landing a part in the reboot of the X-Men film franchise. Matthew Vaughn’s X-Men: First Class had an outstanding ensemble cast that included Jennifer Lawrence, James McAvoy, Michael Fassbender, and Kevin Bacon. Hoult was a significant part of the team and shone in the role of Hank McCoy/Beast.

He would reprise the part in each of the following three films in the series, one of which saw his generation team up with the older X-Men generation. A funny tidbit from an interview with Yahoo! has Hugh Jackman recounting a moment during filming X-Men: Days of Future Past where Hoult tells him how unbelievable it was being there after watching the first X-Men film when he was a kid. Jackman told him to stop right there because it made him feel old, which is a funny moment in itself, but it also showcases Hoult’s rise in the industry from where he began.

In between the first two films of the rebooted X-Men franchise, Hoult landed two leading roles. One came in the form of the fantasy epic Jack the Giant Slayer directed by Bryan Singer, who crucially contributed to bringing the X-Men franchise to the big screen. The other leading role for Hoult was in a Zombie Rom-Com, Warm Bodies, about a zombie who saves a still-living girl from an attack and their subsequent relationship of trying to understand each other, possibly closing the gap between their two worlds.

Looking at Hoult’s filmography, it is clear that his choice of roles created a diverse list of credits to his name. And while he has more than shown his acting abilities as a leading man, Hoult still picked supporting roles that added brilliant performances to his resume. His portrayal of Hank McCoy fits into this category, but another standout is his performance of Nux in George Miller’s Mad Max: Fury Road. Hoult lost 20 pounds to play the part, and in doing so, joins the list of actors like Christian Bale, Matt Damon, and Tom Hanks, who also underwent drastic physical changes for roles.

Hoult has also played several different historical figures in recent years. The list includes J.D. Salinger, Nikola Tesla, and J.R.R. Tolkien. In his interview with GQ, Hoult recalls how he was given The Hobbit by the directors of About a Boy when he was on set, which was the start of the lore being ingrained in his life. When he picked up the script for Tolkien, he realized how much he didn’t know about the author, which was explored in the film.

One more standout supporting role in recent years was Hoult’s performance in The Favourite. The 2018 film was nominated for ten Academy Awards at the 2019 Oscars. Even though Hoult’s role wasn’t up for a nomination, he contributed in fine style to the comedic historical biography.

In recent years, aside from The Favourite, Hoult starred alongside Anthony Mackie and Samuel L. Jackson in George Nolfi’s The Banker. The film had a limited theatrical release in March 2020, right at the beginning of the Coronavirus Pandemic before digital streaming at the end of the month on Apple TV+. Hoult has also dipped his toes back into the world of television. In 2018, he voiced the character of Fiver in the literary classic Watership Down and recently starred in The Great with Elle Fanning. The Comedy depicts Fanning, as Catherine the Great in 18th century Russia, and her relationship with Emperor Peter III played by Hoult.

At 30-years-old, Hoult has already established himself as a great character actor and brilliant leading man. He turns 31 on December 7th, and we at Hollywood Insider wish him the best in his career going forward. We know he will continue to put in excellent performances to add to his diverse canvass of roles.