FACT-CHECKED Series: Taron Egerton And 12 Things You Might Not Know About The Star Of ‘Rocketman’ 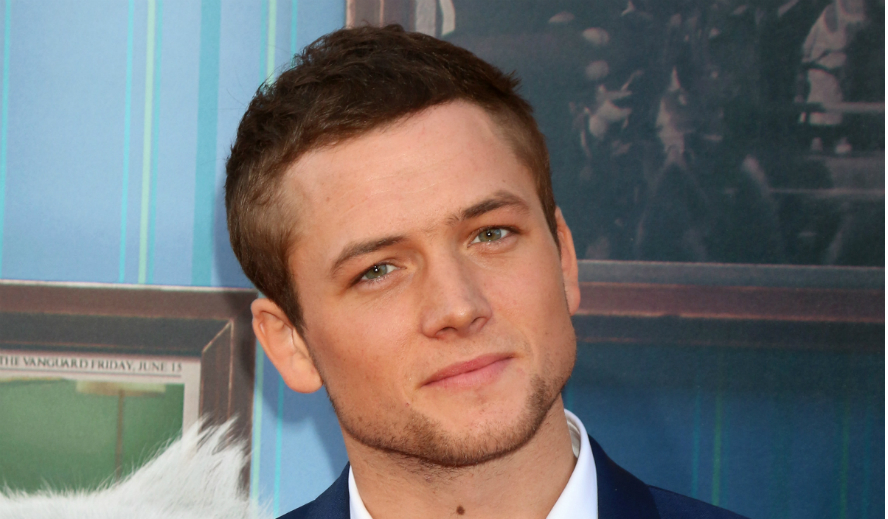 “Fun in a bottle”, “extraordinary”, “reckless romantic”, “smart” and “a little s**t” are just some of the high praises sung for this multi-talented Welsh star.

Dubbed by Elton John as “fun in a bottle” whom he “f**king adores”, praised by Hugh Jackman as a “very assured” young actor, and applauded by Colin Firth as “extraordinary” and with “so much up his sleeve”, it’s safe to say that Welsh actor, Taron Egerton (Kingsman: The Secret Service, Rocketman, Eddie the Eagle) is an admirable young actor, indeed. Here we reveal a few facts about him to help you understand just how he has managed to charm so many:

1. His name is a “c**k-up” (his words, not mine). A proud Welshman as he is, turns out his name is a bit of a language blunder. Taron revealed that his mother (who does not speak Welsh) tried to pay tribute to his heritage by naming him ‘thunder’ in Welsh … Except, ‘thunder’ in Welsh is ‘Taran’ not ‘Taron’ as it is in his birth certificate. However, he’s not too bothered by it – “I like it, it’s quirky,” he concludes. Nevertheless, that cool name and his style sense has gotten him into the Hollywood Insider Hall of Fame as he won the title as Best Dressed Winner, twice – check it out on Hollywood Insider’s Instagram profile.

2. He’s a “reckless romantic” (Colin Firth’s words, not mine). When it comes to romance, Taron prefers a more direct approach instead of apps like Tinder. “Actually, I have asked a girl out Kamikaze-style. I stopped her on the Tube and said, ‘I think you’re gorgeous, I think we should go for a drink some time.’ It’s terrifying, but ultimately so much more rewarding.” He shared that he ended up taking half a day off drama school to go on a date with her. “As much as I could do with a bit of Tinder right now, it’s always going to make a better story if you offer someone an umbrella in the rain. When kids ask their parents how they met in 10 years, the answer is going to be, ‘I DM’d your mum on Twitter.’ It’s hardly the start of a romantic novel, is it?”

Taron Egerton believes that there is a bit of sass to him.

3. Diversity is important to him when choosing a role. In fact, he claims that he first caught the acting bug in a production of A Midsummer Night’s Dream while playing a man dressed as a woman for his very first role – “So my first experience of acting onstage was in a red cocktail dress. I was incredibly nervous, but the moment I stepped onstage and people started laughing, I knew that it was for me …” He feels that people are at their creative best when they are out of their element and says he would like to play “a real snake at some point,” and ultimately, when he is older and “grizzlier”, would love to play Sweeney Todd. “I think the appeal for me is always in playing people who have a really different emotional, psychological set up from who I am.”

4. If there was an 8th dwarf in the Snow White troop and he was that dwarf, he would choose to be … Sassy. “Earlier, I was referred to as sassy and I’m feeling that because I do feel that there is a bit of sass to me. So I’m going to go with Sassy the Dwarf – I’ve even got a cute little hat!” Which is only backed up by this story about a lippy exchange he had once with his English teacher in school.

5. He celebrated his birthday watching Frozen on Broadway with his little sisters … and loved it the most. “I heard about this production of Frozen on Broadway and I have two little sisters – they’re 5 and 8 … As it turns out we could only go on my birthday and I kind of felt a little reluctant but excited to share it with them. I swear, by the end of that show, I was clapping louder than anyone else in the audience. It was phenomenal! We went backstage and met the princesses – it was supposed to be for my sisters, but I was kicking my sisters out the way.” What a sweetheart.

Taron Egerton comments that Richard Madden has very full lips and is a great kisser.

6. David Bowie is his hero. He may have just played Elton John, one of the most iconic rock stars of the 70s and 80s, in his biopic but Taron admits, “My hero as a teenager was David Bowie – and he still is. I’ve always found everything about him very inspiring and I think he lived his life like a work of art. I love the way he reinvented himself, I love the way his music has a magic to it and when you listen to it, you just feel something … what that is, I don’t know. And I love him.” Although, in the karaoke room, he rejects both The Starman and Elton John revealing his favourite go-to karaoke song is ‘Faith’ by George Michael!

7. He got called “a little s**t” by Elton John (not for the David Bowie thing). Taron recalled, “My girlfriend and I went and stayed with Elton and David for a few nights about a year ago. It was all going really well and we were all having a really lovely time … But we [Taron and his girlfriend] got a little drunk – and I got caught by the head of the security raiding his larder at 3 in the morning.” He continued, “I thought Elton didn’t know and the following day I was just going about the conversation and he just went, ‘you know you’re a little s**t, don’t you?’” However, it’s clear that Elton had taken a liking to him right from the first meeting at the set of Kingsman: The Golden Circle, where Elton John made a cameo at Eggsy’s wedding. Taron reported that the first thing Elton ever said to him was, “If I was 5 years younger, it’d be me that you’re marrying now.”

9. “I think one of the really important bits of wisdom I’ve garnered through my 20s is that, quite often, when you think that people are looking at you, they’re worrying about themselves … Your anxieties about things – it’s highly unlikely that anyone else is even aware of it.”

10. His secret party trick is his “quite good” impression of Chewbacca. Receipts.

He believes “that there is still work to be done” in terms of gay representation in cinema.

11. He is not one of those actors that cannot watch their own films – “because it’s not just about me … It’s the work of a number of people that I’ve spent 18 months with … You spend all this time creating this distilled crystallisation that you’re all working towards. That’s not to say I don’t watch it and go, ‘Oh, why’d you do that?’ or ‘Oh, look at that snot up your nose.’ You know, there’s things that bother me and you do self-flagellate … but the great thing about cinema is that it’s a bunch of people who all do different things very well, coming together to create something they couldn’t do on their own.”

12. He is proud to be part of a film that celebrates a gay icon’s gayness. Rocketman is reportedly the first major studio release to feature a gay sex scene and Taron shares, “It fills me with enormous pride. This movie is about one of the biggest gay icons of all time, Elton is known for pushing boundaries, he’s known for firsts. So if that is true … It’s a huge honour to be a part of something with such zeitgeist.” He did also reveal that he felt very sexy in hot pants – “Not sure everyone would agree that me in hot pants was sexy but I felt very sexy.” Which he concedes is what truly matters, especially as “so much of Elton’s sense of style and fashion sense is about empowerment.” However, he acknowledges, “the fact that the male intimacy in this film has been made as much of shows that there is still work to be done.” Amen.

Talented, charismatic, creative and smart – it is clear he still has plenty to offer! We cannot wait to find out what unexpected role he takes on next and watch as he continues to wrap Hollywood around his finger.

So now you know Taron Egerton better, feel free go ahead and dazzle people with your knowledge of this talented star as he is sure to go on to even bigger things and follow Hollywood Insider’s Instagram page by clicking on the link to be the first one to know when he is featured on our page.