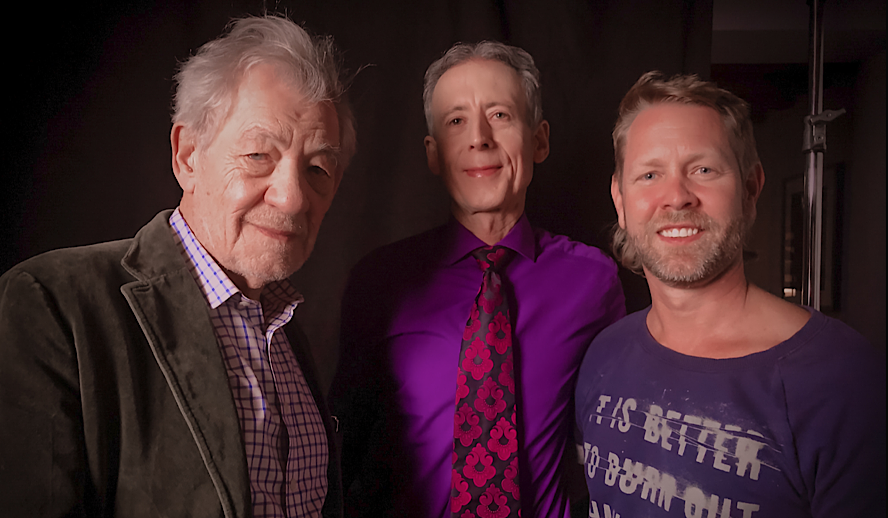 Produced by the infamous Elton John, Netflix’s newest documentary, ‘Hating Peter Tatchell’, covers the life and career of the enigmatic British social activist, Peter Tatchell. Tatchell, originally from Australia, has a long history of social activism for the rights of the LGBTQ+ community over the course of the past forty years or so. This documentary places Tatchell in an interview with ‘Lord of the Rings’ and ‘X-Men’ star Sir Ian McKellen, having Tatchell recount first hand his experiences of his life of activism as well as testimonials from others who have known Tatchell over the years.

‘Hating Peter Tatchell’ has no shortage of aspects of the film that did indeed work well and deserve praise to be discussed. From the opening sequence of the film, you are locked into the story — the film has a lightning-quick pace that keeps engagement and interest high as it progresses. The film strikes an incredible balance of moving through information quickly while staying easily digestible and still interesting. There wasn’t a moment in the film that my interest in the story or Tatchell waned.

Tatchell is an incredibly interesting subject for a documentary — his charm and intelligence shine on screen and in the interviews with McKellen which instantly engaged me into his life story. It is always engaging to watch someone truly committed to what they believe and willing to put themselves in danger to rectify the injustice they have called issue to, Tatchell’s mainly being that of the rights of the LGBTQ+ community.

The use of old news footage and guerilla footage shot on sight at the protests work wonderfully well when juxtaposed with the interview testimonials creating coincidentally great cinematography. One aspect of the film that was unexpected was its assessment of Tatchell — the film and filmmakers clearly have an opinion and a perspective on Tatchell however that does not prevent them from examining Tatchell from an unbiased view, shining a light on potentially some of his faults and most controversial activist tactics.

While minimal, there were some aspects of the film that I did think could have been slightly improved. While the lightning pace of the film is definitely one of the documentary’s greatest strengths, it does lend itself to a few problems. There were a few sequences of importance and great weight that felt like they got sped through a little too quickly. While I understood why they were moved through so quickly and, in their current form, are effective sequences I did think there was meat left on the bones in terms of content that could have been utilized and explored further. Giving some of these sequences some time to breathe could have allowed for even more of an emotional impact on the viewer.

One specific aspect of the film that could have been expanded upon is that of the assessment of Tatchell. It is to the credit of the filmmakers for giving the offering of assessing the ethics of some of Tatchell’s actions, as some documentary filmmakers may have just breezed over such topics, yet it could have been explored further. The film has a very short runtime, of just 90 minutes, and dedicating some more time to exploring the duelling sides of opinion regarding some of Tatchell’s actions could have proved to be even more effective than its current form. An important point that should be made, however, is that these complaints are truly just nitpicking and the fact that I was left wanting more is praise enough for audiences to go out and see the film.

What was the most compelling aspect of ‘Hating Peter Tatchell’ was that of Tatchell’s cause. There is a very specific perspective this film is told from and I believe it to be an important one. This film explores lots of subjects that unfortunately are still relevant today in regards to homophobia and treatment of the LGBTQ+ community. There is a section of the film that is dedicated to exploring the demonization of gay men during the AIDS crisis that is truly sickening. Not since ‘Dallas Buyers Club’, starring Matthew McConaughey, Jared Leto, and Jennifer Garner, has a film so vividly shown the tragedy of that epidemic.

Another section that utilized an old clip of Margaret Thatcher also had my stomach turning. There is an assessment on religion as an establishment and its opposition to the LGBTQ+ community that was thought-provoking and compelling. While these scenes are not easy to watch, I do implore audiences to watch them and educate themselves on some of these issues. ‘Hating Peter Tatchell’ offers a perspective I’m sure many, including myself, have not been privy to or experienced first hand and the importance to watch, learn, and listen from people with different experiences cannot be understated — this is the only way we grow.

‘Hating Peter Tatchell’ is an extraordinarily important and relevant documentary that needs to be seen. Technically brilliant and expertly directed, the film does not pull punches and is an incredibly effective exploration of social activist Peter Tatchell as well as his causes, his main being that of LGBTQ+ rights. While it does leave some meat on the bones in terms of diving deeper into some of its topics, the film shines as educational, gut-wrenching, and inspired and should be on the top of every film fan’s watchlist this weekend.