Everything We Know About The Morning Show Season 2- With Jennifer Aniston, Reese Witherspoon & More 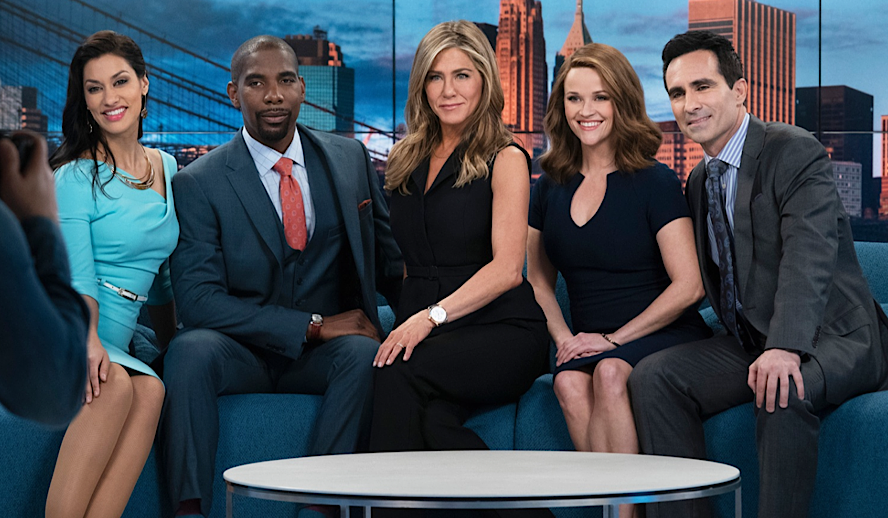 When the static came on the screen and cut off Alex and Bradley in the final moments of ‘The Morning Show’ season one, I held my breath, wondering what on earth would come in the next season. The good news is that we now don’t have to wait too much longer to find out, with all the pieces of season two coming together. Here is everything you need to know for season two of ‘The Morning Show’.

On June 14, 2021, it was announced via the teaser trailer for the second season that new episodes would begin airing on Apple TV+ starting September 17, 2021. This comes nearly two years after the initial release of the show, with the second season having been delayed by COVID-19 just like many other productions. If they follow the release structure of other Apple TV+ shows then the first three episodes will drop September 17 and then a new episode will come out each week until all 10 episodes have come out.

Tom Irwin is also returning as UBA president and perpetual villain of the show Fred Micklen. The most surprising return is Steve Carell as Mitch Kessler, whose character was fired from ‘The Morning Show’ within the opening minutes of the first season for sexual assault allegations and had been set up for what seemed like a redemption arc until the other characters realized the full extent of his actions and denied him any chance of that in the final minutes of the show. It didn’t seem like there was really anywhere else to go with his character but apparently, the writers have some ideas up their sleeve.

Like most shows, a new season means new characters to be introduced. The biggest new addition is Emmy winner Julianna Margulies as Laura Peterson, a UBA news anchor who will act as a mentor for Bradley Jackson. In her interview on ‘Armchair Expert’, she said,”I was so excited to play this character… I loved it! I had such a good time… I did six out of ten episodes on ‘The Morning Show’ and had a good time.” Also joining the cast are Greta Lee as tech executive-turned-UBA executive Stella Bak, Hasan Minhaj as a new ‘The Morning Show’ anchor Eric Normani, Holland Taylor as UBA chairwoman Cybil Richards, Ruairi O’Connor as YouTube star Ty Fitzgerald, Valeria Golino as documentary filmmaker Paola Lambruschini, and Tara Karsian as news producer Gayle Berman.

Recapping Season One Of ‘The Morning Show’

Season one of ‘The Morning Show’ followed the fictional morning show ‘The Morning Show’ and the aftermath of one of its co-hosts, Mitch Kessler (Steve Carell), being fired for sexual assault and misconduct allegations that proved to be true. The focus is primarily on the women leading ‘The Morning Show’, Alex Levy (Jennifer Aniston) and Bradley Jackson (Reese Witherspoon), the former who had known Mitch for over 15 years and felt blindsided by his horrible actions and is getting fed up with the system and the latter who was thrown into a co-host position after going viral for defending her cameraman at a coal minerally.

We watch as the network executives try to navigate how to hide their involvement in the scandal (for Tom Irwin’s Fred Micklen), how to keep the show on top and exciting for a younger audience (for Billy Crudup’s Cory Ellison), and how the crew of the show tries to navigate their work and private lives in the wake of the scrutiny around their workplace.

The show ended with the crew and hosts of ‘The Morning Show’ being fed up with how the network and Mitch are trying to hide and justify their actions (which were definitely wrong) and their decision to expose them all after the suicide of their former coworker, Hannah Shoenfeld (Gugu Mbatha-Raw), who was one of the victims of Mitch. In one of the most powerful closing scenes for just about any show I have ever seen, Alex goes on a tirade about how everyone, including herself, at UBA, was complicit with Mitch’s behavior and helped to foster a toxic environment that needed to be exposed and ended.

The scene gets cut off when the broadcast feed gets cut and we see a fired Chip Black (Mark Duplass) staring at the blank feed in Times Square and Mitch sitting alone in his house with the injuries from his last encounter with Chip, staring directly into the camera with the most dejected look on his face and the camera cuts to black.

What To Expect From Season Two

The first season of ‘The Morning Show’ did an amazing job depicting the #MeToo movement and the struggles of women trying to reconcile their own sexual encounters, what it is like to be a woman in the news and journalism industry, and grappling with the idea of being a successful woman. They laid such great groundwork that the second season can only take those ideas and thoughts and explore them even further.

Based on the teaser trailer for this new season, the show will continue to deal with the #MeToo scandal surrounding Mitch, with him still trying to find an outlet to publicly garner sympathy and tell his side of the story after ‘The Morning Show’ dumped his interview upon discovering exactly what he did to Hannah and drove her to kill herself. We also know that Alex will be trying to figure out her life outside of being a television host after having decided to depart ‘the Morning Show’ after her sudden exposé to UBA on national television. We will also see the aftermath of Chip’s reveal that he was the one who told The New York Times about Mitch’s sexually abusive behavior and his firing from the season one finale and Bradley’s frustration with Alex suddenly leaving UBA and trying to figure out how to navigate the world of national broadcast television.

Another element that will be playing into season two is none other than the COVID-19 pandemic.

In an interview with Deadline, Aniston revealed that, “We had a good six or maybe seven outlines already done, and we were in the middle of shooting [episodes] one and two. And then there was just this feeling, and I couldn’t put my finger on it, and the producers couldn’t put their finger on it, but it was like something’s missing and I don’t know what it is. And then the COVID crisis happened. Now, again, Kerry is back to the drawing board, and we are incorporating COVID in a way that is so exciting.

I mean, I’m not calling COVID exciting by any stretch of the imagination, but in terms of where Season 1 ended, because the covers were being pulled on the network… It’s really interesting to see the direction that this pandemic has taken her with Season 2, because I believe what we all have taken away from these months in quarantine, and the state of the world as it exists right now, is a lot of contemplation, and a lot of excavation, and a lot of inward work… It feels like there’s an upgrade that’s taking place. So, I believe that that’s what we couldn’t put our finger on that we were missing in these first couple shows, was that humanity, it was that level of what’s happening currently in our society. If there is a silver lining of COVID, it is the level of awareness that I think has been taking place with people.”

While we might have a slight idea as to what is going to happen in season two, the only way to really find out what will happen is to watch it when it comes out September 17 on Apple TV+. In the meantime, we can keep rewatching the masterpiece that is the first season.