Hugh Jackman’s ‘Logan’: The Best Superhero Movie Ever Made 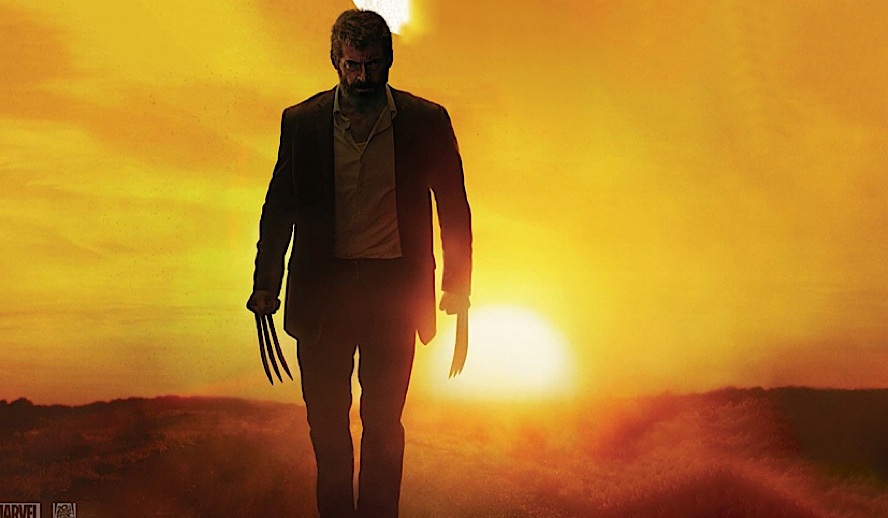 The end of the longest-running franchise superhero, and legendary performance. Logan marked the end of Hugh Jackman’s portrayal of the famous superhero, Wolverine, A.K.A. Logan, and James Howlett. Adapted from the comics, where Wolverine was short and stocky, Jackman brought a pazazz to the role that dazzled people all over the world. Then, after a seventeen-year run, Jackman retired the character with his best movie yet, ending on not just a high note, but also a legacy-leaving note. There are high contenders in the superhero movie genre, such as Marvel’s Infinity War and Endgame, but those movies stay locked within the imaginary (if you were to ask Scorsese, “film amusement parks”) worlds they built, with the lack of swearing or pure acknowledgment of the dire stakes at hand; Logan explores the humanistic depths of a superhero dealing with pseudo-real-world problems.

Related article: A Tribute to Hugh Jackman: His Rise and Journey from Theater to Superhero

If not the greatest superhero movie ever made, rest assured, it is the most human superhero movie ever made. Filled with themes of life purpose, abandonment, government entrapment of children – with footage that looks very similar to footage at the Trump Administration’s concentration camps at the Mexican-American border – this film reaches depths and explores cinematic heights that no other in its genre has attempted. To top it all off, the cast and crew are enormously diverse, full of all types of races and ethnicities. All these qualities were noticed by the Academy and were enough for the film to earn an Oscar nomination.

A story of existential questioning, love, heroism, and accepting a dark past, Logan is also the darkest superhero ever made; a story with real, raw emotion, deeply humanistic themes, and a masterpiece. This film could stand on its own as being a great movie, but having a superhero in the lead, acting as a sun to a new solar system of revolving planets, brings the film to the status of a superhero movie, and overall higher quality than any other in its genre.

Logan’s older, and present, self ultimately has to battle his younger self, when he was in his prime, and see if that wisdom and experience accumulated meant anything, and what kind of legacy he wants to leave. It’s also a story about morality, the most ethical wrongdoings, and how to cope with it, and how far acceptance and forgiveness will go. By taking on new responsibility, fighting through all the adversity, the world’s most beloved anti-hero, Wolverine, the character concludes himself to be more of a Western Gunslinger; a flawed person who’s done some bad things for not very good reasons, but also has done some good, and has to wrestle between the two to decide what their final act will be. These are all elements that were never seen in a superhero movie until Logan, which marks it as the greatest superhero ever made.

Superheroes Unhinged: How the R Rating Affected the Film

The opening scene of the film immediately sets it apart from other superhero movies. With Wolverine being attacked by a gang with guns, then unleashing his berzerker rage and deadly adamantium claws, stabbing, impaling, and slicing his attackers in a way that’s never been shown in any other X-Men movie. It’s graphic, bloody, gory, and exactly the uncensored Wolverine fans have wanted to see for almost two decades. The violence is truly vicious, not like Eli Roth vicious, but certainly like the ‘80s or ‘90s action movies sort of bloody that’s appropriate to the setting. It’s awesome. Another outlier within the genre was Ryan Reynolds’ Deadpool, which diverted the trend of the family superhero movie, is rated R for every reason the filmmakers could think of. Logan followed a year after, much less crude, and more focused on the story of Logan’s slow demise, and not holding back on the last opportunity to show the superhero unleashed in his true form, and what seeing Wolverine would actually look like in real life.

At Least The Most Critically Acclaimed X-Men Movie

“What a disappointment you are…” said a bedridden, ailing Charles Xavier to Logan, setting in motion Logan’s need to redeem himself.  This was it, for everything they went through together, Professor X knew the next mission would summarize his entire legacy that the world had been watching for almost two decades. X-Men made its debut in 2000, which was a tremendous critical and commercial success, grossing almost $300 million at the worldwide box office. The sequel, X2: X-Men United (2003) made almost double that, earning over $407 million worldwide, and was equally beloved by critics and audiences. To cap off the original X-Men trilogy was the third installment, X-Men: The Last Stand (2006). Even though it transcended the franchise’s story arc immensely, and was a beautiful visual spectacle, the film was not praised as much by critics or audiences.

However, the loyalty and love for X-Men only grew, and the film still out-earned its predecessors, with over $460 million global gross. The franchise then branched off and developed their adored characters; making a stand-alone spin-off movie for Logan titled X-Men Origins: Wolverine. Then, as if Twentieth Century Fox realized a fountain of youth was the key to an X-Men reinvigoration, they released X: First Class (2011), which was a smash hit financially, and globally amongst critics and audiences. Back by popular demand, Jackman was given another free-standing Wolverine film, directly titled The Wolverine (2013), that made more money than First Class, and was almost as praised. The momentum was building, and X-Men producers were beginning to foster supreme storytelling techniques with the films that millions could adore. X-Men: Days of Future Past (2014) and X-Men: Apocalypse (2016) successfully followed,  ushering in a new generation of X-Men fans that’s more up to date.

James Mangold directed his, Michael Green, and Scott Frank’s screenplay. The co-stars are Stephen Merchant as Caliban, introducing Dafne Keen as Laura, Wolverine’s unknown, half-lab created daughter, Patrick Stewart, and Boyd Holbrook, who played the primary villain. Marco Beltrami was the composer of the film. There’s no doubt they all shaped the film to be exactly like a Western, but it worked out as successfully as it could possibly be. When most superhero movies use theatrics and elaborate visual and sound effects to intercut between a  superhero(s) and either them getting prepared, or assembling a team to fight a greater evil, Logan establishes the setup for the story clearly and concisely.

Logan’s clearly not the superhero he once was, he still has a big heart, but he’s grown sour; the dilemma is not if he will be able to defeat the villain, but if he can defeat himself (literally and figuratively) in order to bring justice to the world, and more specifically, liberate innocent, tortured children. The story is epic, the film is extraordinary, and anyone who loves movies, in general, will adore it. Superhero movie fans though will be enamored by its distinct brilliance and will see why it’s being recognized here as being the greatest superhero movie of all time.