The Rise and Journey of Miles Teller: From ‘Whiplash’ to ‘Bleed For This’ 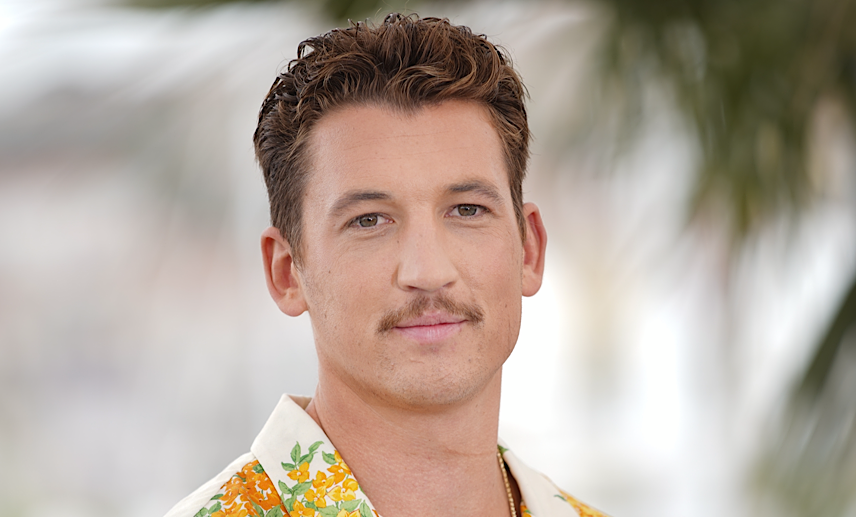 After starring in everything from big blockbusters to small indie projects, Miles Teller has had a meteoric rise to stardom and fame. Starting out in short films and small roles in films like ‘Rabbit Hole’ with Aaron Eckhart and Nicole Kidman and the remake of ‘Footloose’ with Dennis Quaid, Teller gained the attention of Hollywood casting directors continuing to book work until he eventually found his way into the adaptation of the hit young adult novel series, ‘Divergent’ where he starred opposite Shailene Woodley, Kate Winslet, and Ansel Elgort — ‘Divergent’ would end up catapulting Teller into A-list stardom.

Quickly, Teller became one of my favorite actors working, enjoying many of his films that displayed his charisma as a performer and talent as an actor. Even in films that were maligned by other issues, such as the ill-fated ‘Fantastic Four’ reboot that also starred the talents of Kate Mara, Michael B. Jordan, and Jamie Bell, Teller gives standout performances. In the case of ‘Fantastic Four’, the cast was not the cause of the film’s lack of success — Teller gave a unique performance as a youthful version of the iconic Reed Richards. Teller’s performances are always impactful and engaging and through a discussion of some of his best performances, it will be clear to see how he achieved the career success he has earned.

In 2013, prior to some of his roles that have been more notable in pop culture, Teller starred in the Shawn Levy produced coming-of-age film ‘The Spectacular Now’ as Sutter alongside Shailene Woodley, Kyle Chandler, and Brie Larson. While the coming-of-age genre can be oversaturated with clichés and tropes, ‘The Spectacular Now’ offered a fresh take on the genre, specifically because of Miles Teller’s character. While on the surface the brash and cocky, Sutter could’ve been chalked up to the classic high school bad boy film stereotype — however when you look deeper, the conventionality fades away revealing the nuance to his character. The film tackles issues that aren’t covered in your typical coming-of-age films such as absentee parents and what effect that has on the child.

This element of struggling with the complex emotions of feeling disregarded by a parent gives incredible depth to the character which Teller uses to its fullest potential. Teller is just as great in the scenes where he is putting on the cocky front as he is when he is becoming emotional. There is a scene in particular where Teller lashes out on Woodley’s character and it is clear to see there is more behind this anger than he is letting on which eventually comes to a head in a scene with Sutter and his mother — this is all beautifully portrayed by Teller who is able to balance all of these nuanced emotions in his performance.

Teller’s potentially most compelling performance comes in the form of young drummer Andrew Neiman in Damien Chazelle’s ‘Whiplash’. Chazelle’s film before ‘La La Land’ set Teller opposite J.K. Simmons and delivered one of the most intense theatrical experiences one can enjoy. In the film, tension is palpable as the demanding instructor, played by Simmons, verbally abuses Teller’s character who allows it in pursuit of greatness. Teller’s performance in this film is incredible, getting to shine in different ways such as emotionally imploding on a drum set or passive-aggressively at a dinner table.

There is so much pent-up emotion behind Teller’s eyes in each scene as he compartmentalizes all the abuse and emotional trauma he suffers throughout the film. This built-up emotion is perfectly played by Teller in every moment of the film as you see the slow descent of the character until the climax of the film. The end of ‘Whiplash’ may be the best part of Teller’s performance as this final scene is so different from what we have seen from his character prior. It is a final hurdle that is lept by the character allowing for Teller to finally let loose and play his way to the end credits — this is a scene that will live on in my memory for a long time for the intensity and physicality displayed by Teller on the drumset.

From director Todd Phillips, director of ‘Joker’, came 2016’s ‘War Dogs’ that paired Teller with Jonah Hill telling the loosely true story of two young men who won a three-hundred million dollar contract from the Pentagon to arm allies of the United States in Afghanistan. Admittedly, Teller plays the straight man to Hill’s more bombastic performance however, that does impair him from leaving audiences with an impact each time he appears on screen. The chemistry between the two actors is magnetic and carries the film. Teller’s portrayal of David Packouz is a role that allows for Teller to have fun and let loose which Teller excels at.

Perhaps his most dramatic role, Teller portrayed real-life boxer, Vinny Pazienza, in 2016’s ‘Bleed For This’. The film followed Pazienza as he recovered from a near-life-ending injury to eventually return to the boxing ring. The film reunited Teller with Aaron Eckhart along with Ciarán Hinds who also appeared in the film. Teller’s performance in the film is truly magnificent, bringing the cocky attitude of the real-life Pazienza, the grit, and physicality of a boxer, and the emotional depths that fighting to hold on to one’s dream requires. These three elements are beautifully balanced in this performance.

Miles Teller’s ability as a performer is unrivaled, starring in a wide range of roles that each had a  unique element that made them the memorable characters audiences have grown to love. These roles would not have been the same without the talent of Miles Teller. Continuing his streak of success, Teller has gone on to star in dramatic critical hits such as ‘Only The Brave’ and ‘Thank You For Your Service’. Teller continues to be one of my favorite actors working and one that will get me into a theater on his name alone.

What’s Next For Miles Teller

See Miles Teller’s next project ‘Top Gun: Maverick’, sequel to the classic action film ‘Top Gun’, will put him opposite Tom Cruise. The film will be released in theaters on November 19th this fall.