The Rebirth of ‘West Side Story’: The Blockbuster-Maker Steven Spielberg Making A Classic Bigger and Better 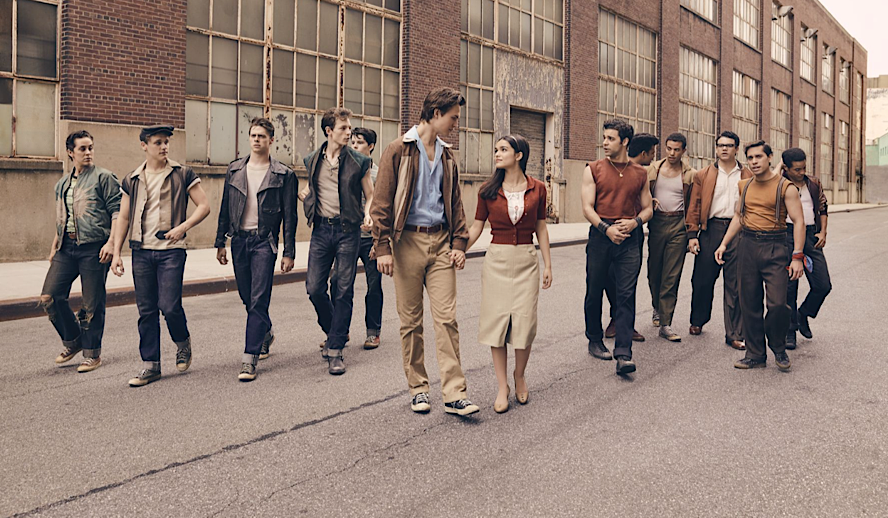 The newest adoption of ‘West Side Story’ is the upcoming 2021 film of the same name by Steven Spielberg. One of the biggest commercially successful directors in history, Spielberg is a famed director with a huge reputation. Since Spielberg is attached to the film, it’s bound to be a success. A unique part of the newest ‘West Side Story’ is its decision to cast its female lead in an open call. The selected lead was Rachel Zegler, at the time a 16-year-old high schooler from New Jersey.

Alongside Zegler, Ansel Elgort (‘Baby Driver’) will star as her main love interest. One of the first films to be pushed back because of the pandemic, ‘West Side Story’ has managed to keep the hype it originally had. Since vaccines are becoming more and more readily available it seems their dreams of a December debut will happen, and we’ll be able to see this remake on the silver screen.

Since lead Rachel Zegler is green to the entertainment industry, not much is known about her. She was only discovered in mid-July of 2018 and much of her career has been kept under lock and key. As well as ‘West Side Story’, Zegler is named as a character in the upcoming ‘Shazam! Fury of the Gods’ movie in 2023. Born in Hackensack, New Jersey, Zegler was raised in New Jersey her entire life. She began performing in theater in high school and starred in her school’s musicals for all four years. Her performances garnered her Metro Award Nominations for Best Actress in a Leading Role four times.

Besides theatre, Zegler has a large love of music and frequently posts videos to her Youtube video. Her voice is phenomenal and one of her performances has even been viewed over 11 million times. ‘West Side Story’ caused her entire life to change, including making her push back a college decision. A spur-of-the-moment decision changed the entire course of her life and she’s gotten a large social media presence as well. On Instagram alone, she has over 200,000 followers. The Colombian-American actress is immensely proud of her part in the movie, as she should be, and we’re as excited as she is to see it in theatres.

‘West Side Story’ Is Steeped in Controversy

Based on the 1957 play of the same name by Stephen Sondheim, the film adaption of ‘West Side Story’ has come under fire many times. Some examples include a doctor sending an angry letter that Sondheim’s lyrics misrepresented Puerto Rico’s health, putting actors in makeup to make them look “Puerto Rican”, and promoting stereotypes. Sondheim famously ignored many of the concerns that were brought up, in favor of exercising his artistic ability. The film was a commercial and critical success, but with changing times comes changing opinions. The film did a lot for marginalized groups, but also undermined them in many ways. While Spielberg has worked to correct many of these errors, it seems the play will always be wrapped in controversy.

While the newest adaptation of the play seems to be doing a much better job at addressing these controversies, Spielberg famously cast Puerto Rican and Latinx actors instead of white-washing them, there still are problems. For instance, its lead, Ansel Elgort, has been at the center of sexual assault accusations for the past few years. While Elgort came out with his own statement, sleuths on Twitter quickly started adding clues up and discovered that his accuser was telling the truth after all.

Of course, this brings up the big question, what should we do with these abusers? It’s not enough to “cancel” them on Twitter, real action doesn’t start there. While media pressure may be enough for studios to drop an actor, in this case, the film had already started shooting at the time of the accusations. At the end of the day, there are many people in Hollywood who abuse their power in order to get what they want. Change is slow and this abuse is too intertwined in the world of the entertainment industry to fully eradicate it right now.

Although the newest ‘West Side Story’ seems to be doing more in terms of racial equality, it’s still racked with controversy. Besides the accusations against Elgort, the film also has two actors with a big age gap. Zegler was only 16 when she was cast, and at the time Elgort was 24-25. Two steps forward and one step backward it seems.

Exploring Racial Disparities In The Film

One of the biggest problems about the original ‘West Side Story’ film was its decision to make Rita Moreno, it’s only Puerto Rican actor, wear brown makeup to darken her skin. To remedy these mistakes, Spielberg cast Moreno as a new character in the upcoming film. As well as that, he made her an executive producer and gave her full rein to share her perspective on everything. As a Caucasian man directing a film with themes of racism and xenophobia, Spielberg acknowledged his privilege as a white man and freely stepped back at certain points. He gave the Puerto Rican actors and actresses more power than they were given, as well as casting a higher number of Puerto Ricans. Unlike the previous film, which saw white characters in brown-face, Spielberg only hired Hispanic people for Hispanic roles.

Spielberg made quite a few changes to the new film, re-casting Moreno as a new character is one of the little details known right now, but also wanted to stay true to the heart of the film. He didn’t want to take away from the Puerto Rican experience and wanted to tell it fairly, without coming off as too pro-America. However, while there were many issues with the original ‘West Side Story’, it’s important to note how impactful it was.

This re-telling of the classic Romeo and Juliet story took on bigger themes of gang violence and showed a gritty side of life in the city. At a time of racial segregation, ‘West Side Story’ did a lot to help integration in the world of theatre. As well as this, it exposed Americans to their own, often unconscious xenophobia, and their mistreatment of minorities. It gave a glimpse into the lives of Puerto Ricans and did a lot for diversity at the time.