‘Minions: The Rise of Gru’ – A Comical Ride with a Simple Yet Charming Story 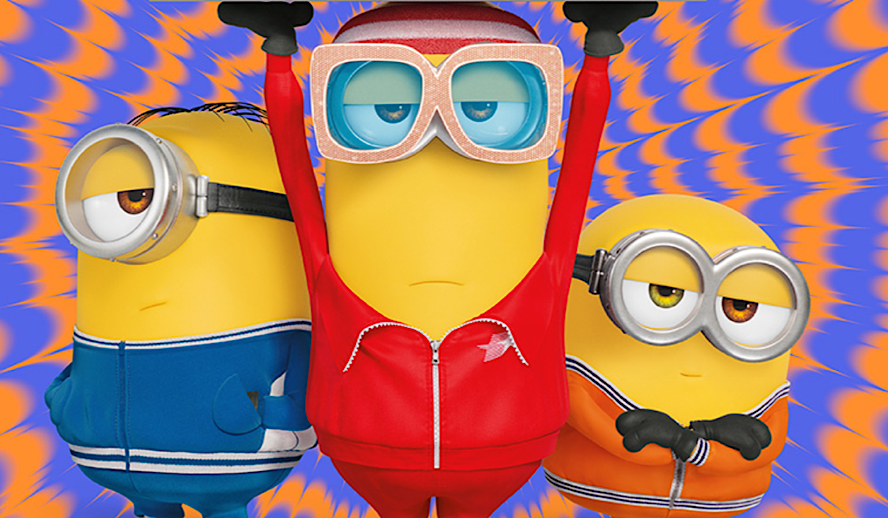 Photo: ‘Minions: The Rise of Gru’

Illumination’s ‘Despicable Me’ franchise has become one of the most beloved animated properties in recent years.  The first film made its release in 2010, followed by ‘Despicable Me 2’ and ‘Despicable Me 3’ in 2013 and 2017 respectively.  A major factor in the franchise’s success was the presence of its charmingly wacky side characters: the Minions.  These characters light up the screen whenever they appear and bring a rare type of forceful comedic energy at a hundred miles per hour that just works too well.  For this reason, many assumed that giving these characters their own spinoff made perfect sense.  Thus, we got 2015’s ‘Minions’, a prequel to the franchise centered around the characters themselves. While the film hit the billion-dollar mark, it did not necessarily meet the same standards as its predecessors quality-wise.  This was likely due to the possibility that maybe the Minions, while great supporting characters, are not fit to carry their own film.

Kevin, Stuart, and Bob have officially shut the naysayers up, as ‘Minions: The Rise of Gru’ puts those thoughts to rest.  The film, though not quite up to the same quality as the ‘Despicable Me’ films, brings back some of the humor, heart, and madness we have come to love the Minions for. Additionally, the Minions were actually given an undertaking and journey of their own, allowing the audience to follow them throughout the entire hour-and-a-half runtime.  As mentioned, there are some moments where the film could have been stronger, but it is still a fun moviegoing experience where the over-the-top nature of its protagonists becomes a strength instead of a detriment.

Steve Carell Spill Secrets on ‘Minions: The Rise of Gru’

‘Minions: The Rise of Gru’ is directed by Kyle Balda, Brad Ableson, and Jonathan del Val.  It stars Pierre Coffin as the voice of all the Minions as well as Steve Carell as a twelve-year-old Gru.  The film also features the voice talents of Taraji P. Henson, Michelle Yeoh, Alan Arkin, Julie Andrews, and Jean-Claude Van Damme (as a character with lobster claws for arms named Jean Clawed).  Each actor superbly brought their characters to life and seemed to enjoy the zany nature infused in this world. Coffin’s voice works for all the Minions was never short of hilarious.  On the surface, this may not seem like much of a role to take on as many assume that the dialogue of these characters is nothing more than incoherent babble.  This is actually not true as the Minions have their own form of communication called Minionese, which is a mix of French, Spanish, and other languages.  Words and phrases from many of these languages can be heard spoken by the Minions throughout the film.  Collins’ voice work should be commended for this reason.

Some of the moments where the film slowed down a bit were when it actually focused on the story itself, particularly when the characters are known as The Vicious Six, a group of super villains, appear on the screen.  They are by no means boring and there are moments where the characters do bring excitement and energy, however, a bit more motivation could have been put into the actions they take, particularly in the opening sequence.  The very beginning was a bit slow as a handful of time passes until we finally see Gru or the Minions, which is where the film starts to pick up.  The story overall was not very complex, yet it did not need to be.  It did feature some unique narrative points that took the plot in directions that were not too predictable.

‘Minions: The Rise of Gru’ – Exemplary Animation That Allowed The Minions To Carry The Movie

The animation in this film was vivid enough to bring this world to life, yet it still maintained the cartoonish feel that allows the Minions to shine. The action sequences featured were also fun enough to watch and were easy to keep track of.  But what audiences can appreciate about this particular style of animation is how it enables the Minions to actually lead their own film as protagonists without diminishing the wacky and unapologetically silly nature we love them for.

Come Behind the Scenes of ‘Minions: The Rise of Gru’

As opposed to the first film in 2015, this movie gave the Minions an actual goal to accomplish with their own motivation for doing so, that being they love Gru and are forever grateful to him for inviting them into his home and his life.  The film revolves primarily around Kevin, Bob, and Stuart as they attempt to right the wrongs of fellow Minion, Otto, who is also working to win back Gru’s approval.  This does not come at the expense of why audiences fell in love with the Minions in the first place.  In this film, their nonsensical nature becomes a strength that advances the story instead of an egregiously, overused, comedic tool.  Their antics never wear off or become boring.  A big reason for this is because the Minions continuously utilize one of the main key elements of effective comedy: surprise.  Just when we think Kevin, Bob, or Stuart might do one thing, they end up doing something completely different and bonkers.  This formula accomplished its goal as it evoked a laugh every time it was used.

‘Minions: The Rise of Gru’, while not quite on the same level of quality as the ‘Despicable Me’ films, is a hilarious and enjoyable addition to the franchise and one that will at the very least keep audiences laughing throughout its entirety.  The animation is stellar and the story, while containing a few beats that drag a bit long, is unique and charming enough to make viewers care about the characters.  This movie is a fun trip to the theaters and a slap in the face to all the haters of Kevin, Stuart, and Bob (who might literally do just that).