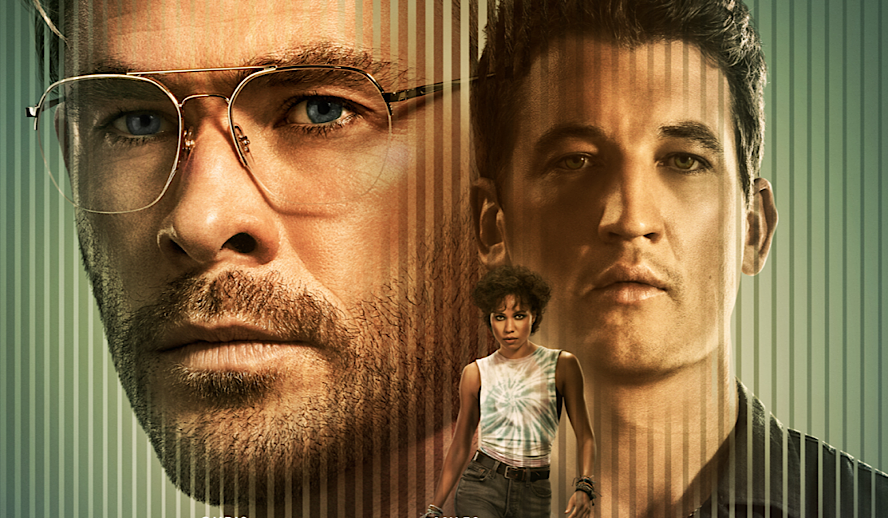 ‘Spiderhead’ is a lighthearted take on the thriller genre while encompassing the themes of science fiction. The movie is based on the 2010 short story, ‘Escape from Spiderhead’, which was published in The New Yorker by George Saunders. Many great people behind the film such as the writers Rhett Reese and Paul Wernick, who were the writers of ‘Deadpool’, adapted the short story into a screenplay soon after. In addition, the film was directed by Joseph Kosinski who worked on recent films such as ‘Top Gun: Maverick’ and ‘Tron: Legacy’. The film’s concept is dystopian that mimics the antics of the short story as Saunder fuses the ideas of dark humor with unfortunate situations. Although it contains the liveliness of the original story, it lacks certain aspects that are needed to stick the landing.

The Science of Human Emotions

The movie opens up with Chris Hemsworth as Steve Abnesti interviewing Ray, an incarcerated volunteer  “in the Spiderhead clinical trial program”. It becomes immediately clear that Hemsworth’s Abnesti functions as a sort of evil scientist with his character. Abnesti is a tech visionary that runs the Spiderhead Penitentiary and Research Center. It is an unconventional prison on a remote island far from the mainland. With no guards present, the prison allows inmates to roam freely and are given specific jobs. These incarcerated volunteers are able to take on hobbies and lounge around but with one condition: they must participate in Abnesti’s research.

The prisoners act as guinea pigs for Abnesti, each person has a device located on their lower back that is filled with various chemicals. This device is controlled on a smartphone by Abnesti and his assistant, Verlaine (played by Mark Paguio). Throughout the film, we hear of chemical names such as G-46 “Laffodil” which are injected chemicals that control one’s laughing (the beginning scene with Ray). A chemical known as “Verbaluce” is even utilized to force subjects to speak. Each one is different. Abnesti is seen administering various drugs that can control the inmate’s uncontrollable happiness, desire, and even hunger. One drug can even manipulate one’s perception as it can turn a simple object such as a stapler, into a resident’s worst nightmare.

The experiments are evidently dangerous yet the prisoners voluntarily choose to do it and are prompted to verbally say “acknowledge” before being given a drug every time. This gives off the impression that the inmates actually have a choice in the matter. One prisoner, Jeff (played by Miles Teller), is subjected to do all the experiments conducted by Abnesti. He seems to have a friendly relationship with Hemsworth’s character. It is up until he is put in a position to choose between two inmates being administered a lethal mind-altering drug that he attempts to oppose Abnesti. Jeff is able to connect the dots with who Abnesti is and what his intentions are towards the end of the film.

‘Spiderhead’ Tangles Us in its Web

The film’s concept is a common storyline within the genre of science fiction. Human beings treated as subjects is undoubtedly disturbing, ‘Spiderhead’ is different because the participants choose to be used in the experiment. Its difference may be seen as a strength but it also is the cause that makes the movie miss the mark in terms of overall thrill. Although Jeff is able to recognize what Abnesti is trying to do, his revenge to take him down and to escape is where the movie loses its shape. There was no grand plan to take on Abnesti, it seemed as if the action was sudden and rushed which leaves a lot of the questions unanswered. There are other elements such as Jeff’s romance with Lizzy (played by Jurnee Smollett) which entices a variety of twists, but it felt as if it wasn’t enough. There are fairly enough moral issues that this movie glosses over such as the issues of prison systems and big pharma corporations, but these are topics that are never really explored. The premise of the movie was to examine the complexities of simple human emotions. Although Hemsworth’s character raises brief observations, these are aspects of the story that can be further examined but it never truly is.

Despite lacking certain aspects, it was Chris Hemsworth who held the movie together. Hemsworth effectively played a cocky and privileged tech bro that could anger audiences with his ignorance. His character believes that his work will save the world, he guilt trips the participants into thinking that they should be grateful for all that he has done. His enthusiasm expertly contrasted his experiments which provided an eerie element within the film. He utilizes lightheartedness to give the idea that his work will be beneficial to the world rather than dangerous. From tormenting his innocent assistant to risking the lives of the prisoners, he was able to depict the mad scientist we all fear. There is no doubt about it that his charm, which we have always seen in his role as ‘Thor’, has helped him portray the perfect antagonist in this film.

Is It Worth the Watch?

Although the film is carried by the endearing Chris Hemsworth, the movie has its weaknesses that can be looked past, but it can be difficult to do so. The movie is quite simple which makes it hard to watch as a sci-fi thriller movie due to its minimal amount of action. There are satisfying amounts of twists within the plot, but most of the time it leads nowhere. The star-studded cast made the most out of the script as their performances were effective. Miles Teller and Jurnee Smollett become an enjoyable duo who endured a lot together within the movie; their journey throughout the film allows audiences to empathize with their characters. Despite the various continuity issues, the story’s sense of humor that was driven by Hemsworth’s Abnesti, assisted in making the movie a bearable viewing experience. ‘Spiderhead’ is available to watch on Netflix.