‘2149: The Aftermath’: Another Dystopian Take On The Future 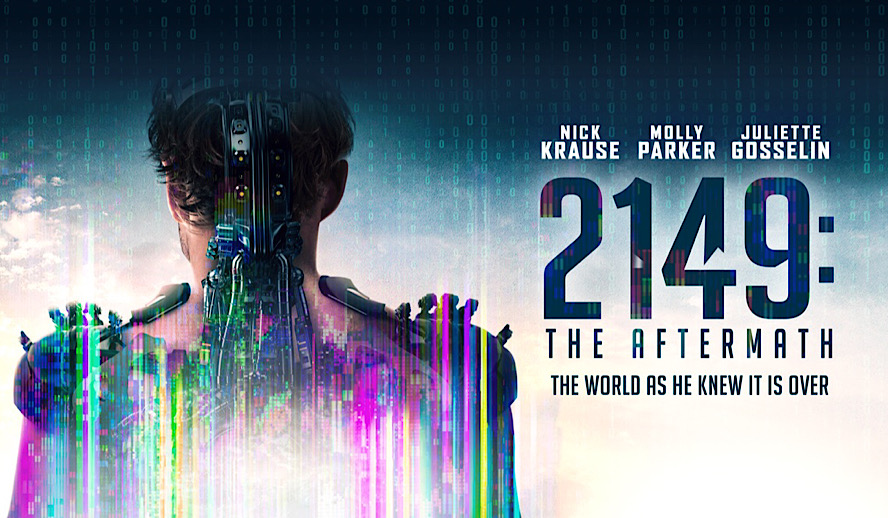 Directed by Benjamin Duffield, ‘2149: The Aftermath’, also under two alternative titles called, ‘Confinement’ and ‘Darwin’ has been released on multiple streaming services just a few days ago. When I noticed the name changes, I became a bit concerned about the quality of the film. Typically when films continue to re-release under different names, it is a sign of rebranding. They attempt to erase whatever criticism was attached to the previous release, by changing its name, and re-releasing it at a different time. It is an indicator of an inexperienced team. However, that shouldn’t be the case.

Duffield has not only directed a plethora of indie films, but he has also produced, written, and even edited many other bodies of work. Duffield isn’t amongst any of the “big named” directors by any means, but he has plenty of experience in his career. He has been nominated for approximately eight awards in his career, and has walked away with four wins! I would say he had what it takes to make a good, quality film. However, after sitting through the film, I am disappointed to say it didn’t necessarily wow me. The film had some really bad things working against it, but it also had really good things working in its favor too. One of those things being, the cast.

The film features a cast of lesser-known, yet quality actors and actresses. Our leading man is Nick Krause, who is best known for his role as Nigel Guire in the 2006 coming of age story, ‘How To Eat Fried Worms’, and his role as Charlie, in the 2014 drama/epic, ‘Boyhood’. His wonderfully talented supporting actress Juliette Gosselin has a few indie films on her resume. The second supporting actress, Molly Parker, is magical with her performance in this film, and arguably has the best on-screen presence in the entire film. She is best known for her involvement in many independent films and television series such as, ‘House of Cards’, where she plays the role of, Jackie Sharp. I would say the actual performance the actors/actresses deliver is one of the best qualities this film has.

What To Expect From The Aftermath?

So what exactly is ‘2149: The Aftermath’ all about? Well, if the title didn’t immediately give you a clue as to what is in store, we will tell you. This film is about the future. The film paints a picture of an imagined society in the year 2149, and it’s exactly what you would expect it to be. The film follows the story of a young man who has spent the majority of his life inside of a pod, terrified of the outside world. The air of the outside world is believed to be poisonous, thus killing people as soon as they breathe it in. The government has used fear-mongering to keep people inside of the pods and away from their families. Though, they never really explain why the schtick lasts so long. What is the motive? I shouldn’t have these questions after watching the entirety of the film.

‘2149: The Aftermath’ feels like a blend between many films about the future that audiences are familiar with. It consists of outstanding futuristic advancement, coexisting with extreme poverty. Although this concept has been recycled so many times, I find this to be a very interesting conceptual take on the future. I feel this way because it’s really not that far off from the state of the world we live in today. I often wonder if people think of the future differently, though. I am all here for an eerie, depressing take on our inevitable doom, but I would love to see a film with a hopeful future for a change. At least it would be something new.

When Do We Change The Narrative?

I wish I could say this film offered anything other than what we have already seen, or what we expect when we go into a futuristic dystopian style film. It just didn’t do much for me, personally. Due to multiple aspects of the film’s writing and direction, I found it really hard to connect with the characters. I firmly believe in order to make a good film, you have to create characters that an audience can relate to, and empathize with. The film’s pacing felt way too rushed, the characters lacked time and effort into their development, there were major secondary plot lines that were kind of swept under the rug as far as storytelling goes.

I think if the film were longer, most, if not all, of these problems could have been resolved. However, squeezing this much in-depth storyline and character development into a seventy-six minute film is just unrealistic. I really wanted to love this film. I always want to love the films that I’m paying to watch. Unfortunately, for every hit, there is always going to be a miss. While I do think this film needed to be fleshed out a little longer, it does possess some redeeming qualities.

One redeeming quality of this film is the wonderfully unexpected plot twist at the end. I really enjoyed that, and definitely give this film major brownie points for the surprise. The ending almost made this film worth it for me. So hey, there’s a positive. Overall, I thought this film was somewhat enjoyable. Though, when there are films such as ‘The Hunger Games’ and ‘Divergent’ series’ that do much better in their storytelling, pacing, and character development, it’s a very simple answer.

So, if you’re wondering if ‘2149: The Aftermath’  is a film I would recommend for audiences to see…the answer is sure. It is available to watch on Google Play, Vudu, DIRECTV, Microsoft Store, and Redbox. It was only four dollars to rent on Google Play, but if you aren’t interested in paying, you could always until it becomes free on one of the streaming services. I have yet to see an absolutely horrid film. I will not imply that this film is the worst thing I’ve ever seen, I would just say, in my opinion, it needs to be tightened up a bit, and it needs to stay in one direction.